Uncle Sam, Knowing When to Hold’em 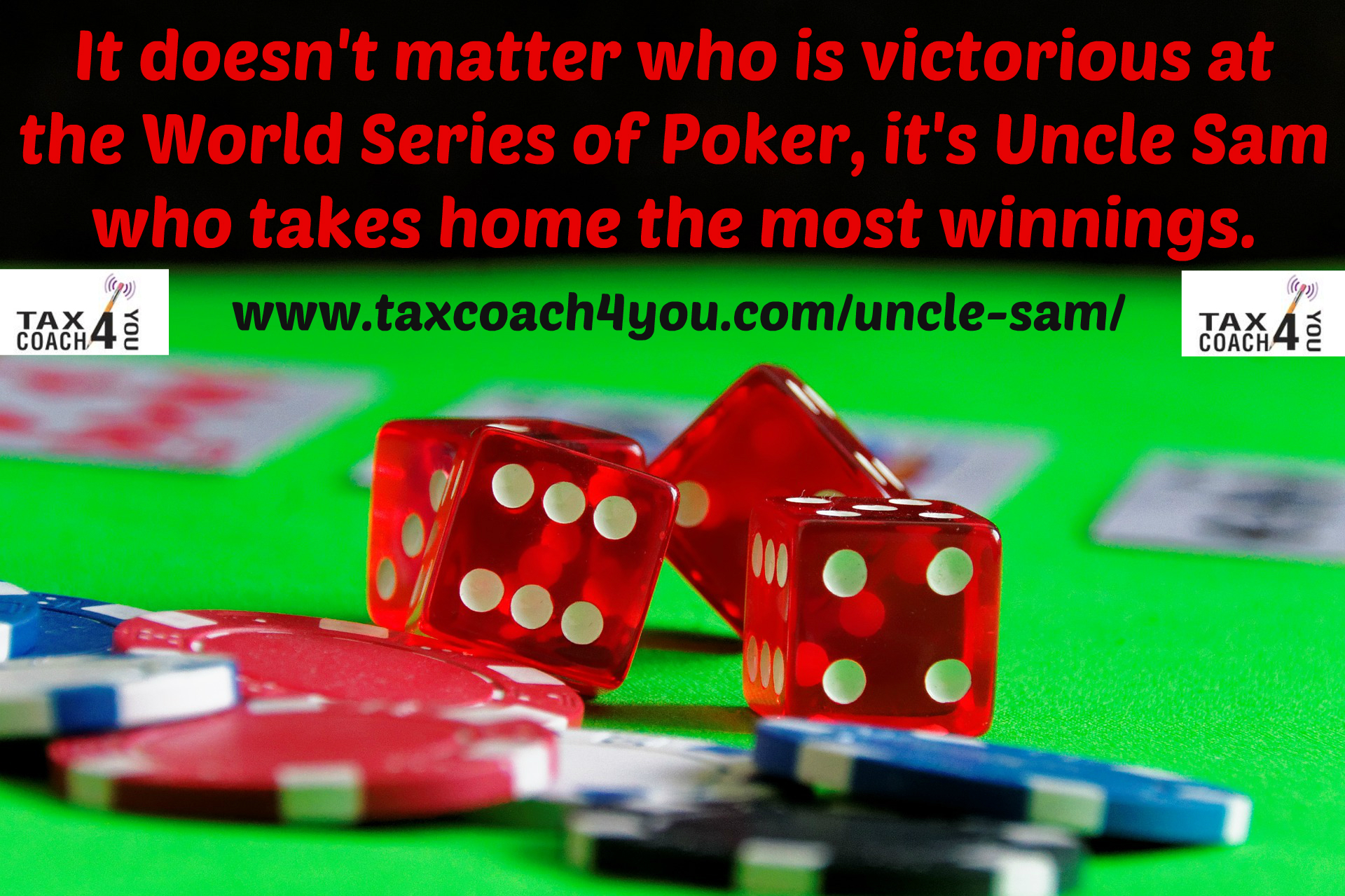 Last month, millions of fans across America sat down in front of their televisions to watch the Kansas City Royals beat the New York Mets, 4 games to 1 in baseball’s World Series. But few of those fans would ever dream they could suit up and join the players in the dugout. That’s because, while many of us played as children or teens, America’s national pastime is, for the most part, a spectator sport.

That’s not the case with America’s favorite indoor sport. Poker players across America look forward to the World Series of Poker, in part because, for just $10,000, they can buy in and join the action themselves. On July 8, a total of 6,420 players from 80 different countries gathered at Las Vegas’s Rio Casino to compete in the no-limit hold’em Main Event. And on November 10, there was one clear winner: our friends at the Internal Revenue Service.

To be clear, no one from the Service actually appeared at the final table. And a 24-year-old pro named Joseph “Joey Ice Cube” McKeehen from North Wales, PA, walked away with the coveted gold and diamond bracelet. But the IRS walked away with a bigger chunk of the $24 million in prize money than anyone else!

Joe McKeehen sat down at the final table with three times as many chips as his nearest rival, and never let up. Three days and just 183 hands later, his pair of tens knocked out Joshua Beckley’s pocket fours to end it all. McKeehen’s share of the purse totaled $7,683,346. And sure, that sounds like real money. But assuming he pays tax on the full amount, he’ll give back $3,073,240 of that in federal income tax, $292,000 in self-employment tax (because he’s a professional), $235,879 in Pennsylvania income tax, and $76,833 in local Earned Income Tax. (He’ll also owe tax on the $500,000 value of the bracelet.) That’s sort of like taking a full house and chopping off the pair — it still leaves three of a kind, but it doesn’t pack the same punch.

The story is much the same with the rest of the nine who sat down at the final table. Runner-up Beckley turned his $10,000 buy-in into $4,470,896, but gives back $2,081,719 in tax. (His tax rate as a New Jersey resident is a lot higher than McKeehen’s.) Third-place winner Neil Blumenfield faces a 12% California tax on his winnings, while fourth-place finisher Max Steinberg of Las Vegas faces no state tax on his at all. Seventh-place finisher Pierre Neuville, of Belgium, actually finishes fifth after taxes. That’s because the U.S.-Belgium tax treaty lets him keep all of his $1,203,293 prize. Ninth-place finisher Patrick Chan, who lives in New York City, played just two hands at the final table and gives back nearly half his $1,001,020 to taxes.

In the end, Uncle Sam should take home $8,467,081 of the total prize money. That’s not bad considering he didn’t even have to sit down to play! No tough decisions over going “all-in” before the flop, no sweating out gutshot draws on the turn or the river. On other continents, Israel’s Tax Authority takes a shekel or two from fifth-place finisher Zvi Stern, and Italy’s Agenzia delle Entrate takes half a million (dollars, not lire) from eighth-place finisher Federico Butteroni.

Here’s the good news where it comes to taxes: Paying less is a lot easier than catching pocket aces at the final table. So if you want to pay less, and you can’t take advantage of the U.S.-Belgium tax treaty, call us for a plan. Be sure to do it now, before the year runs out on you. We’ll tell you which strategies to hold, and which to fold, and send you home a winner.