This is Spinal Tax 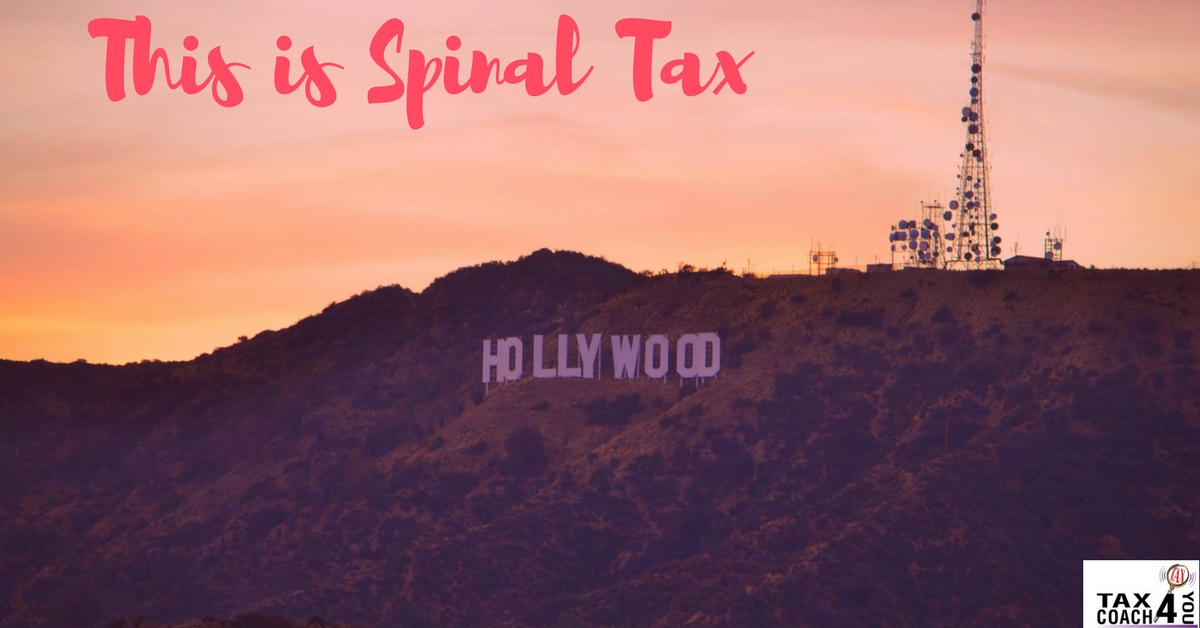 In 1984, the documentary filmmaker Marty Di Bergi scored a hit with This is Spinal Tap, a look inside Britain’s loudest band and their 1982 Smell the Glove concert tour. Lead singer David St. Hubbins, lead guitarist Nigel Tufnel, and bassist Derek Smalls, were joined by a series of drummers who died under mysterious circumstances, including spontaneous combustion and a bizarre gardening accident that authorities said was “best left unsolved.”
Of course, the whole thing was a spoof. “Marty Di Bergi” was really director Rob Reiner, and the band members were played by actors Michael McKean, Christopher Guest, and Harry Shearer. (Having said that, they really did play their own instruments — and yes, they really did turn the volume up to 11.)

This is Spinal Tap cost just $2.5 million to make. But it has become a cult classic, and grossed countless millions in ticket sales, home video sales and rentals, merchandising, and foreign rights. The four co-creators signed contracts giving them 40% of the movie’s back-end profits, 50% of the the music receipts, and 5% of the merchandising. Yet they report getting just $179 in total income from 1984 to 2006. Now Harry Shearer, backed by the heavy duty millions he made voicing characters for The Simpsons, has spearheaded a $400 million lawsuit against the movie’s owner, the French conglomerate Vivendi. And that got us wondering . . . do the fans at IRS have a stake in this particular fight?

Hits like Avatar, Titanic, and Star Wars: The Force Awakens can gross over $2 billion. Yet it’s a strange Hollywood rule that as much as a movie might gross, there’s never any net for back-end participants to share, never any big bottom line to share with the “talent.” Return of the Jedi has earned $500 million since 1983, yet failed to show a profit. Harry Potter and the Order of the Phoenix “lost” $170 million.
How do the studios do it? Shearer and his bandmates specifically accuse Vivendi of “cross-collateralizing unsuccessful films bundled with This Is Spinal Tap.” This is when a studio sells a package of films overseas that includes both stinkers and hits, and assigns the same licensing fee to each of them. It has the effect of shifting income from the hits to subsidize losses from the stinkers. Other tricks seem to date back as far as Stonehenge, like undocumented marketing expenses and other improper deductions.

Today’s lawsuit isn’t the first time someone has challenged Hollywood’s accounting games. In 1982, humorist Art Buchwald wrote a screenplay he titled It’s a Crude, Crude World. Six years later, Paramount Pictures released it as Coming to America, and credited Eddie Murphy as author. Buchwald sued for story credit and won — but Paramount argued that the movie, which grossed $288 million, still managed to lose money. Having defeated the lawyers, Buchwald wound up settling for $900,000 rather than take on the accountants.
And why would the IRS care? Well, for the most part, they don’t. Studios might play accounting games that keep taxable income out of the talent’s pockets — but most of that income winds up taxable to the studio or its subsidiaries. As long as the income stays here in America, the critics at the IRS still get their share.

We make no representation that we could ever help you navigate the ins and outs of Hollywood studio contracts. Fortunately, it’s a lot easier to avoid wasting money on taxes you don’t have to pay. Call us for a plan, and we’ll see how high we can crank up the savings!

← Does Your Money Need a Passport? Clean Tax Savings Here →