Does Your Money Need a Passport? 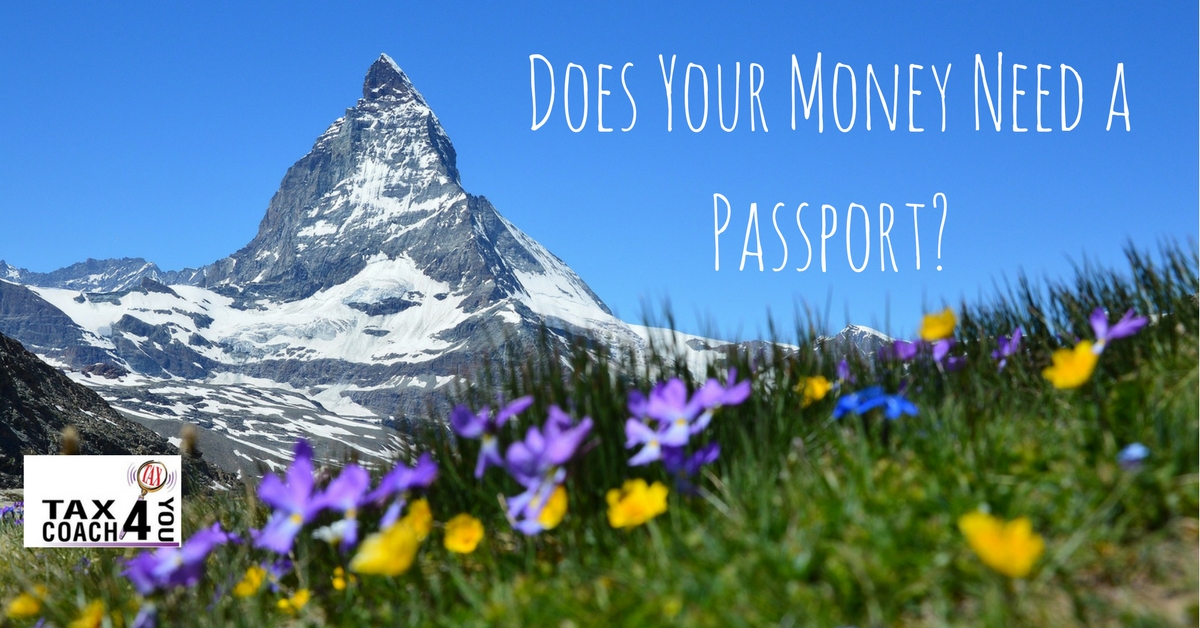 Economic inequality is a hot topic in today’s world. Researchers here and abroad consistently show the top 1% of earners gobbling a disproportionate share of gains throughout the world. This trend has more and more thinkers debating what to do about it. Do we redistribute the pie, so that everyone has a more equal share? Or do we grow it so that everyone can have a bigger slice? (There, we’ve just summed up three centuries worth of political economy in two short sentences!)

Now there’s new research that shows the old research actually understates that divide. (Don’t you just love when the research changes?) Last month, a team of professors published a paper that reveals another gap between the rich and the poor — the rich hide a larger proportion of their income from the tax man.
In 2015, the International Consortium of Investigative Journalists analyzed data covering 30,000 accounts and $100 billion of assets held at international banking giant HSBC’s Swiss private banking department. In 2016, the same group analyzed data on 22,000 shell companies established by the Panama-based law firm of Mossack Fonseca. The professors matched the information from those leaks to population-wide tax and wealth records from Norway, Sweden, and Denmark.

Scandinavians are known for their democratic socialist philosophies, relative equality, and overall happiness. (The 2017 World Happiness Report ranks Norway first, Denmark second, and Sweden ninth.) Surely the rich people in those countries are happy to support their less-fortunate brethren through taxes, right?
Well, not so much. (With all that socialism and equality, it might surprise you to learn that there even are rich people in that part of the world.) While the overall tax evasion rate is 3% in Scandinavia, that rises to 30% for the top 0.01% of taxpayers, which includes households with more than $40 million in net worth.

How does that correlate to inequality? In Norway, previous figures had estimated that the country’s wealthiest 300 families control 8% of the country’s net worth. The new data suggest those families keep a full third of their wealth offshore, which means they actually control at least 10% of the country’s wealth. Researchers just didn’t know where it was hiding!
Over 1% of the Scandinavian families use HSBC’s Swiss private banking services. Another 1% own a shell company created by Mossack Fonseca. One percent may not sound like a lot. But remember, HSBC is just one Swiss bank out of over 300, and Mossack Fonseca is just one law firm out of countless more.

The paper’s authors found that, “In practice, about 95% of all the individuals on the HSBC list that could be matched to a tax return did not report their Swiss bank account.” In fact, when Norway and Sweden passed tax amnesty laws letting scofflaws pay reduced penalties, over 8,000 taxpayers ‘fessed up. And further, the numbers suggest that 15% of the wealthiest households have stashed at least some money abroad.

Here’s some good news for those of us who live in the U.S. and don’t have $40 million to worry about. Our country is actually considered a tax haven by many foreigners. That means we have countless opportunities to save taxes without sending our money on a Swiss holiday. All you really need is a plan. So call us, and see if we can help send you on vacation!

← How To Stop Believing The Lies This is Spinal Tax →