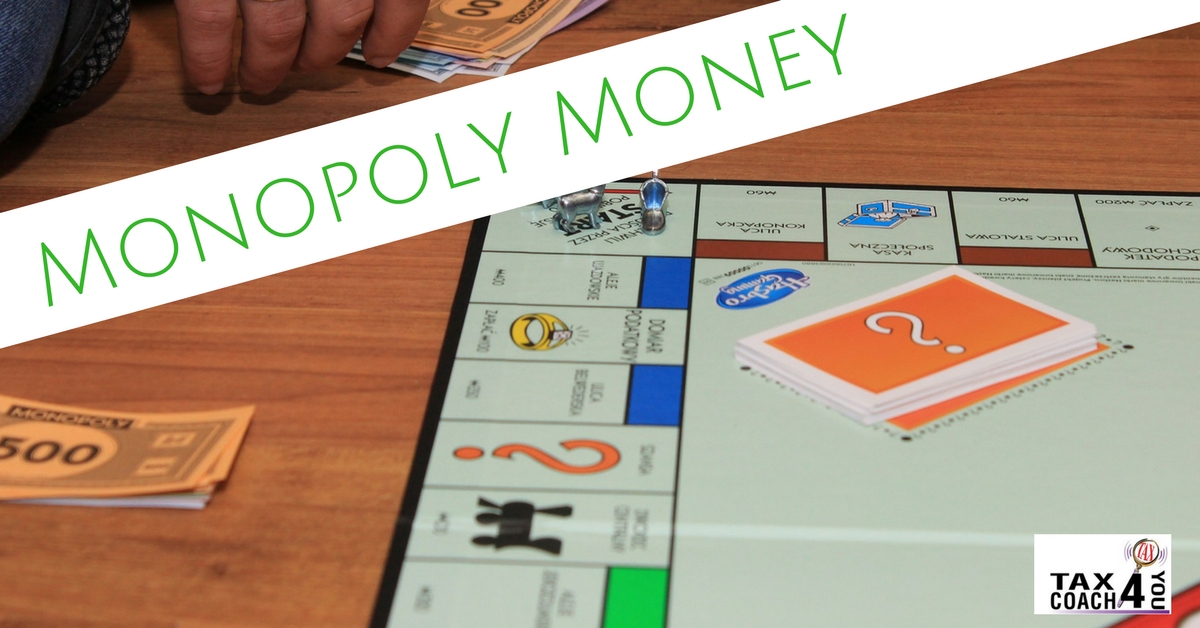 In 1935, Americans were mired in the depths of the Great Depression. Gross domestic product had shrunk from $103.6 billion in 1929 to $73.3 billion. Unemployment stood at a horrendous 20.1%. Even the suicide rate was higher during those dark years. And on February 6th of that year, the Parker Brothers company started selling an escape from all that misery: a family-friendly board game that anyone could afford, called Monopoly. Tax Theory

When most of us picture the Monopoly board, we see the familiar rows of streets, named after those in Atlantic City: Boardwalk, Park Place, and all the rest. (Some contrarian always says that lowly Baltic Avenue, priced at just $60, is their favorite. That someone always goes bankrupt first.) Some players prefer “Chance,” “Community Chest,” or taking a ride on the Reading Railroad. And if someone tells you their favorite squares are the Luxury Tax (pay $75) or Income Tax (pay $200 or 10%), you give them a funny look and wonder what went wrong in their childhood. Tax Theory

But how many of you know that Monopoly was originally created back in 1903 to illustrate a theory about taxes? Tax Theory

Elizabeth “Lizzie” Magie was a stenographer, writer, comedienne, actress, and engineer. In 1903, she patented The Landlord’s Game to reveal the evils of “land monopolism” — basically, profiting from the rent you can charge for the use of land. (Evil, right?) Her solution was the philosopher Henry George’s “single-tax” theory, which holds that people should own the fruit of their own labor, but that land and natural resources should be shared equally by everyone. George believed that taxing land value is the fairest form of tax, and a properly-administered land-value tax can help society reduce taxes on labor or other investments.

“Georgism,” as it’s now called, may sound downright Marxist to contemporary ears. But economists argue that a land-value tax is more efficient than income or sales taxes because it doesn’t reduce productivity. Adam Smith advocated for a land-value tax in The Wealth of Nations. And Milton Friedman, certainly nobody’s idea of a commie pinko, called it the “least bad tax” that government can impose.

Ironically, Monopoly’s “income” tax — 10% of your assets, capped at $200 — isn’t an income tax at all. It’s a wealth tax. And it takes the exact opposite approach of the President occupying the White House at the time the game debuted. The Revenue Act of 1935 applied a special 75% rate on income above $5 million, although just one lucky winner — Standard Oil heir John D. Rockefeller, Jr. — actually paid it.

(As high as Roosevelt’s depression-era taxes sound to us today, he wanted to go even further after Pearl Harbor. He argued in 1942 that in a time of such grave national danger, “no American citizen ought to have a net income, after he has paid his taxes, of more than $25,000 a year (about $350,000 in today’s dollars). Roosevelt’s simple solution? A 100% top rate on anything above that amount!)Tax Theory

Today, of course, “Monopoly money” has become synonymous with worthless paper. And paying your taxes is about as fun as landing on Boardwalk, with a hotel! But paying less is no game. It takes careful work and planning. So call us when you’re ready to play — do not pass Go!

← What Would You Do for a Klondike Bar? Tax Loopholes →