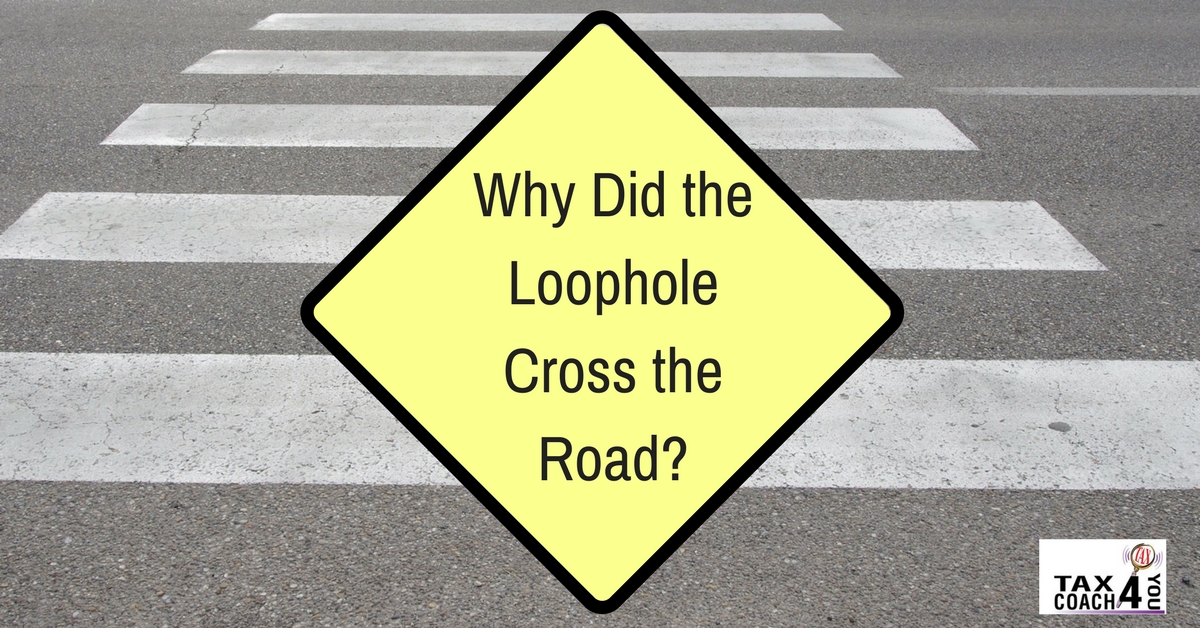 We’ve just made it through our annual exercise in self-flagellation known as “tax filing season.” And who’s fault is that? Don’t blame the IRS, blame the Congress that wrote the four million-odd words that make up the tax code. So it’s always refreshing to see someone inside that particular lion’s den take a critical look at what Congress has wrought. Tax Loopholes

Jeff Flake is a freshman Senator from Arizona who’s not interested in taking responsibility for the current system, which was written mainly by men who came of age when Packards and Studebakers filled the streets. This month, he issued a report called “Tax Rackets” that takes aim at so-called “outlandish loopholes” that taxpayers like alpaca farmers, magazine publishers, and golf course operators use to legally lower their bills. Tax Loopholes

Flake shovels a steaming load of scorn on Section 45 credits for programs to create energy from “open loop biomass” — otherwise known as chicken “litter.” Chicken farmers in the DelMarVa peninsula, which includes Delaware, Maryland’s eastern shore, and the Virginia peninsula, produce 550,000 tons of droppings every year. They’ve been using it for fertilizer. But now the runoff is polluting Chesapeake Bay. So the area’s representatives hatched legislation offering tax credits for selling the “litter” to power plants. Tax Loopholes

The problem, says Flake, is that the initiative isn’t “everything it was cracked up to be.” There are already plenty of government subsidies for poop-to-power programs. (Flake’s words, not ours.) But nobody seems to want them. “Plans to build the power plants have ruffled the feathers of the very taxpayers being forced to subsidize the energy they would produce. The squawking by citizens caused [one litter-to-energy producer] to scratch plans to build plants in Virginia, North Carolina, and Georgia.” Flake concludes that, “subsidizing energy companies for producing poultry poop power is a bird brained idea that smells like a rotten egg.”

Flake also fires shots at the developers of American Dreamland, who are requesting tax-subsidized municipal bonds to finish a $5 billion mall in (where else) New Jersey. We’re not talking your usual soulless suburban shopping center here. Dreamland will include three million square feet of space, 30,000 parking spots, 450 shops and restaurants, an indoor waterpark, a roller coaster, a Ferris wheel, and an 800-foot indoor ski slope. Developers claim it will create 11,000 jobs and generate $1.5 billion in annual sales. What’s not to like?

Except . . . two developers already dropped $2 billion on the boondoggle before slinking off in defeat. The third one wants a billion more in subsidized bonds to cross the finish line. It’s going up in the only county left in America that still outlaws shopping on Sunday. And millions of shoppers are giving up entirely on mall traffic, mall crowds, and mall hype to order online. The latest developer boasts that “it’s going to be the No. 1 tourist destination, bar none, in the world.” (But he can’t actually believe that, can he?)

Flake says the subsidies he’s exposed will cost taxpayers $50 billion over the next decade. The challenge from his perspective is getting Congress to do something about it. It’s been years since Congress could even walk and chew gum at the same time, and legislation today moves slower than geology.

Good thing there’s a silver lining lurking deep inside this story. Sure, the current code is a mess. But at least we understand it. So you don’t have to pour your hard-earned dollars into poop-to-power programs to pay less. You just need a plan. So call us, and see how much more you can take to the newest mall!