Take This Tax and Shove It 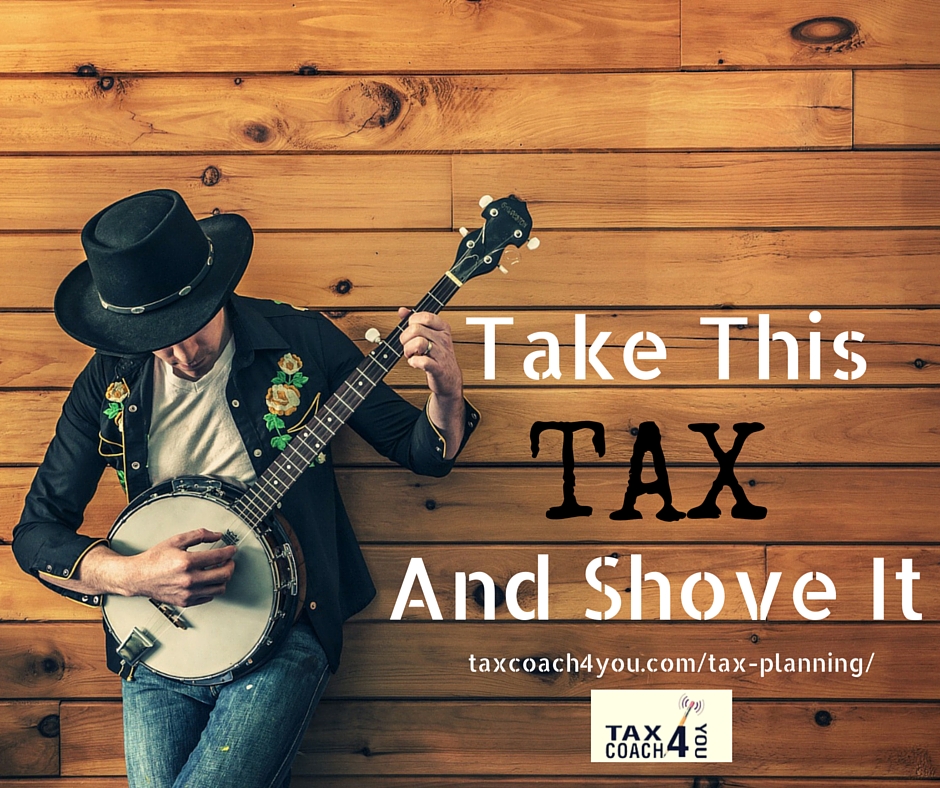 Country music has a long history of celebrating outlaw behavior, which naturally extends to celebrating “outlaw” performers. Plenty of fans have heard the album Johnny Cash recorded of his first prison concert at California’s San Quentin penitentiary. But Cash’s fellow country icon Merle Haggard, who recently passed away at age 80, was there to hear the concert live — because he was actually serving time in the joint! (Haggard was no stranger to the wrong side of the bars — his own mother gave him up to juvenile authorities when he was just 11 years old. Haggard later credited Cash with inspiring him to turn from burglary to music.) tax plan

Now the singer-songwriter David Allan Coe is the latest to saddle up with the outlaw brigade. Last week, a federal judge in Cincinnati sentenced the 76-year-old performer to three years’ probation and ordered him to pay $980,912 in restitution. So what was his crime? Horse thievin’? Cattle rustlin’? Train robbin’? Uh, no . . . try “impeding and obstructing the due administration of the Internal Revenue laws.”tax plan

Coe is most famous for writing Johnny Paycheck’s 1977 smash hit, “Take This Job and Shove It,” which climbed all the way to #1 on the charts and even inspired a movie. Apparently, though, he didn’t realize the outlaw act was supposed to be just an act. Prosecutors say Coe performed over 100 concerts a year from 2008 through 2013. But he failed to file returns for 2008 and 2010. And he failed to pay for 2009, 2011, and 2013. Where did the money go? To pay gambling debts, of course. (This is a country music outlaw we’re talking here, not Robin Hood — did you think he was using it to sponsor orphans in the Philippines?)tax plan

Eventually, of course, the IRS caught up with Coe. They even levied his bank accounts to show him they meant business. That’s when Coe decided to circle the wagons. He demanded to be paid in cash only, by 3:00PM on the day of the concert. His road manager would pick up the cash, deduct enough to pay himself and the band, and give the rest to Coe in person or through MoneyGram or Western Union. Oh, and there was one more catch: There were “no $50 bills allowed as Coe believed they were bad luck and would not gamble with them.”tax plan

Last September, Coe pled guilty to one criminal count. He faced up to three years in prison, so he should probably count himself lucky he won’t be recording “David Allan Coe Behind Bars.”tax plan

Coe isn’t the only country crooner to find himself in IRS crosshairs. In 1990, the Service seized most of Willie Nelson’s assets in an attempt to collect $32 million in debt. Nelson’s lawyer negotiated the arrearage down to $16 million, and then again to $6 million, and Willie went to work. He released a double album titled The IRS Tapes: Who’ll Buy My Memories, with proceeds dedicated to paying down the feds. He sued his accountant (naturally). He finally cleared his debt three years later. Willie’s 83 now, and it looks like he learned his lesson — the only laws he breaks today involve “the Devil’s lettuce.”tax plan

We understand that paying your tax is no fun (especially if it gets in the way of a good wager). Fortunately, we can help you pay less without singing a sad country song. Just call us for a plan — we can bet you’ll be happy with the results!tax plan

← Ali's Estate Tax Vs. The IRS Beat The Tax Bill With A Tax Plan →