Beat The Tax Bill With A Tax Plan

This Too Shall Pass 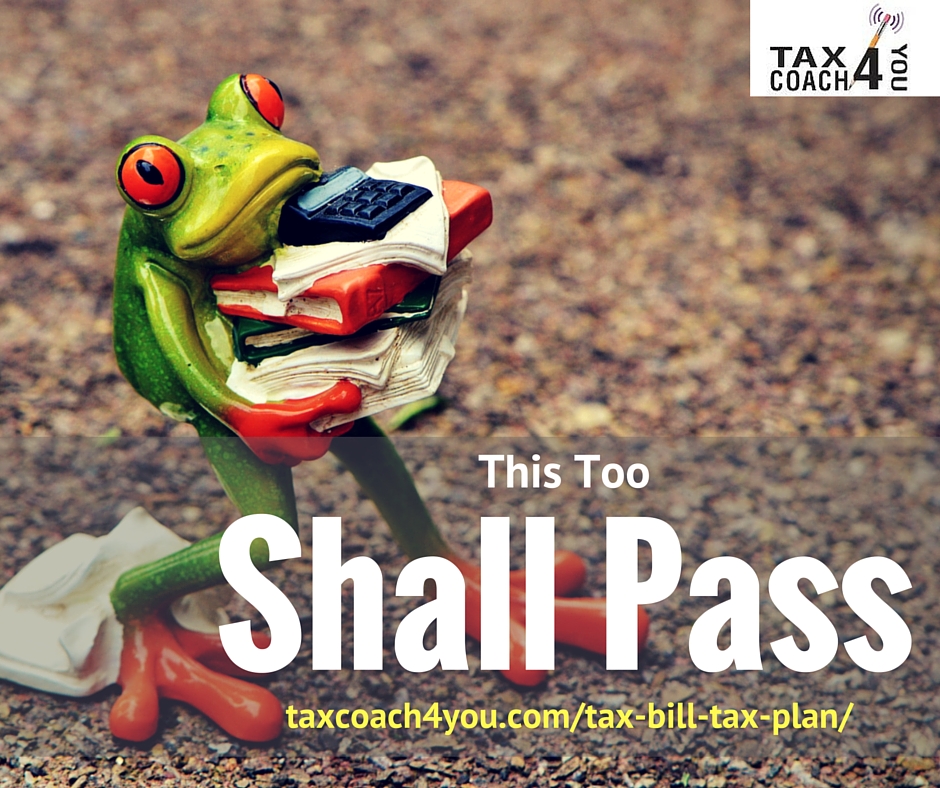 Filing your tax return usually isn’t much of a chore. If you’re like most people, you e-file it and call it a day. (Maybe you cross your fingers in hope that teenage Russian hackers don’t steal your identity.) If you’re old-school, you trudge down to the post office to snail mail a paper return. But if Representative Gwen Moore’s new bill passes, filing might get a little harder.Tax Bill

Moore represents Wisconsin’s Fourth District, which includes Milwaukee and several working-class suburbs. She has a special sympathy for constituents on public assistance because she’s been there herself. “I am a former welfare recipient,” she says. “I’ve used food stamps, I’ve received Aid for Families with Dependent Children, Medicaid, Head Start for my kids, Title XX daycare [subsidies]. I’m truly grateful for the social safety net.” And she’s offended by measures requiring welfare recipients to pass drug tests to qualify for aid, especially since evidence suggests they’re no likelier to use drugs than anyone else.Tax Bill

Apparently Moore believes the notion that what’s good for the public-assistance goose is good for the silk-stocking gander. And many of her Congressional colleagues argue that massive tax deductions are grants of public money just like welfare benefits. So, on June 16 she introduced H.R. 5507, The Top 1% Accountability Act of 2016. And what would her bill do to ensure “accountability”? Simple! It would require the highest-income taxpayers to pass a drug test before claiming $150,000 or more in itemized deductions. Can’t pass the test? Settle for the standard deduction!

Fortunately, Moore’s bill wouldn’t require lucky Top 1%-ers to line up at IRS offices with designer specimen cups in hand. It merely requires “a test completed within 3 months before the date on which the return of tax is filed which shows that the taxpayer (or the taxpayer’s spouse in the case of joint return) did not test positive for any controlled substance.”Tax Bill

The bill generously gives taxpayers three ways to pass. They could submit a test conducted by their employer. They could submit a test from a program certified by a state. Or they could provide a certified letter from a “medical review officer” qualified under federal workplace drug testing regulations. “Controlled substances” include pretty much everything you’d expect, with no exception for medical marijuana.Tax Bill

Moore understands there’s a certain element of “sticking it to the man” in her bill. “I would love to see some hedge fund manager on Wall Street who might be sniffing a little cocaine here and there to stay awake realize that he can’t get his $150,000 worth of deductions unless he submits to a drug test,” she says.Tax Bill

But she also wants to raise serious questions about how the government treats Americans occupying different places on the financial food chain. Take housing subsidies, for example. A low-income family renting a 2-bedroom apartment might qualify for a Section Eight voucher of $1,000 per month, depending on where they live. But if that Wall Street hedge funder snorting coke writes off $50,000 in mortgage interest on his swanky Manhattan condo, he’ll save $20,000 in taxes. So why shouldn’t he pass the same drug test, she asks?Tax Bill

Moore’s bill obviously has no hope of passing in today’s Congress. But it illustrates how tax threats can come out of left field. That’s why it’s not enough to settle for tax professionals who just record history. You need a proactive planner with foresight to anticipate challenges before they hit your wallet. So call us for the plan you need!Tax Bill