Ali’s Estate Tax Vs. The IRS 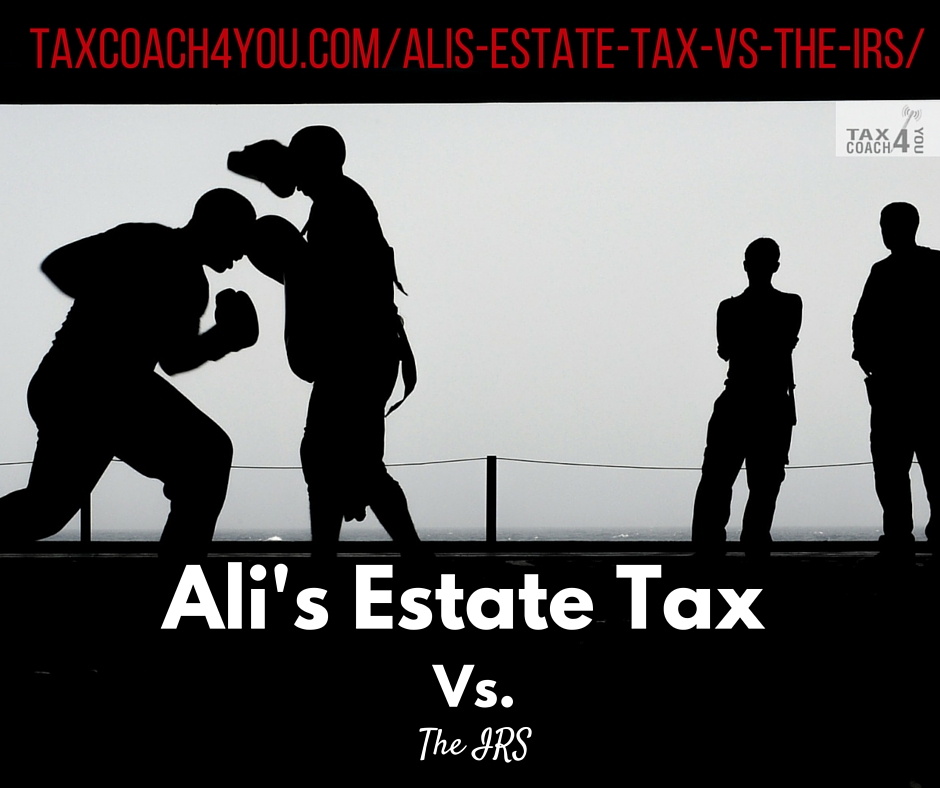 Words like “hero” and “icon” get tossed around pretty casually these days. But the world lost a true card-carrying legend with the passing last week of boxer Muhammad Ali after a long and public battle with Parkinson’s disease. Ali first gained fame in the ring, of course, floating like a butterfly and stinging like a bee. But he made his real mark, and redefined the power of an athlete’s reach, when he picked a four-year fight to battle induction into the United States Army. Now his estate could be poised for a different and equally expensive sort of battle — this time, with the IRS. Ali’s Estate Tax Vs. The IRS

Today’s pugilists earn lavish sums for sometimes-mediocre performances — witness Floyd Mayweather’s nine-figure payday for 36 minutes of sparring with Manny Pacquiao. But Ali was rarely motivated by money. “What I need money for?” he told Esquire back in 1968. “I don’t spend no money. Don’t drink, don’t smoke, don’t go nowhere, don’t go running with women.” (Pretty smart advice, when you think about it.) The champ gave up millions during the years he was banned from boxing while fighting the army. And he was legendarily generous during his life, giving money to friends, family, and complete strangers.

“The Greatest” continued to earn millions even after retiring from the ring in 1981. Forbes magazine scored his endorsements at $4-7 million per year from 2000-2005. And his estate has been estimated to be worth as much as $80 million.

We don’t yet know how he might have divided his assets between his fourth wife and executor, Lonnie, and his nine acknowledged children. However, we do know that he can leave an unlimited amount free of tax to his wife. Anything passing to other parties is subject to a 40% federal estate tax on amounts over $5.43 million. His home state of Arizona levies no additional estate tax.

As is sadly so often the case, it looks like Ali’s family is already fighting over the estate. His second wife Khalilah reports that the champ’s brother and son have accused Lonnie of cutting them out of the will, and warns that illegitimate children will “come out of the woodwork like roaches.”

But the biggest bout over Ali’s estate probably won’t concern who gets what. Rather, it will involve how much everything is worth — especially intangible assets like “name” and “image.” Pop legend Michael Jackson was one of the most recognizable people on the planet, yet his executors valued his name and image at just $2,015. The IRS countered with a slightly higher $434 million, and naturally the two sides are duking it out in court. (Ironic, considering how Jackson declared “I’m a lover, not a fighter!”)

Ali ducked part of that left-hook by selling 80% of those rights for $50 million back in 2006. (He named the company he established to manage those rights “Goat, LLC,” which modestly stands for “greatest of all time.”) But Lonnie and the IRS still have to score how much the 20% he kept for himself is worth.

We spend a lot of our time planning for punches that life might throw, market crashes and business downturns among them. And there are some punches we know we’re going to take. Unfortunately, dying tops that list. But it really is possible to avoid estate taxes — and plenty of other taxes — entirely. All you need is a plan. So call us for help with that plan, before you step into the ring with the IRS!Ali’s Estate Tax Vs. The IRS