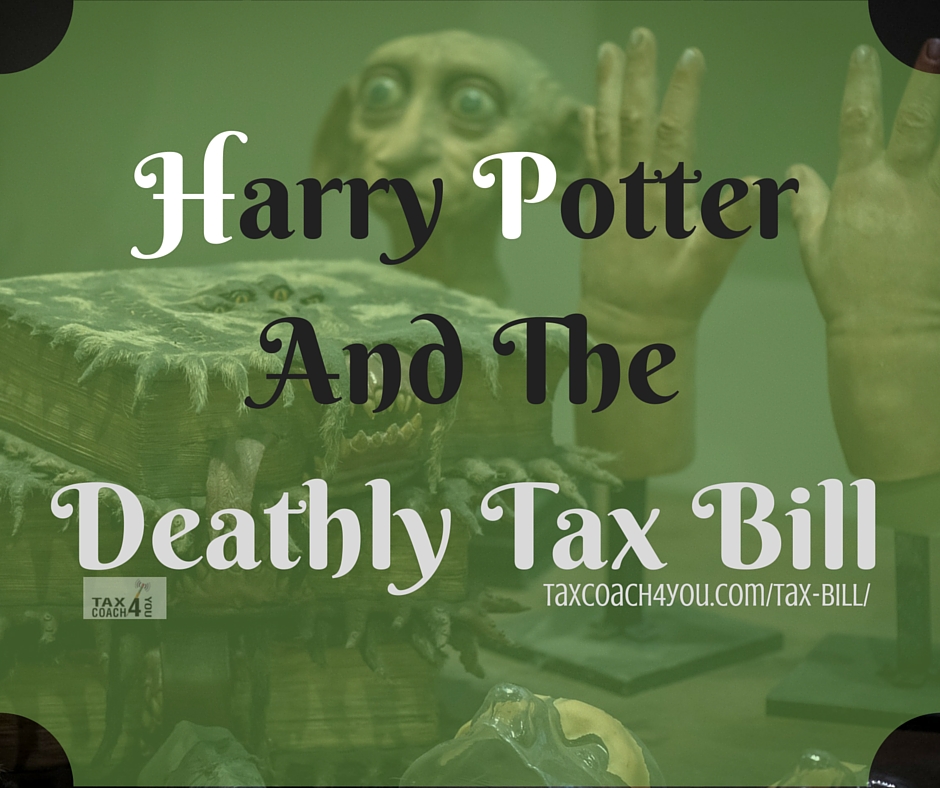 Harry Potter’s sidekick Ron Weasley has challenged opponents from a mountain troll to the Horcruxes to the Death Eaters. Now the actor who plays him, 27-year-old Rupert Grint, is taking on a foe as powerful as Voldemort himself. Last month, he challenged a squad of dementors taking on the deceptively ordinary appearance of bureaucrats at Her Majesty’s Revenue and Customs, Great Britain’s equivalent of our IRS. Tax Bill

Grint has conjured up a fortune since being plucked from his local theatre group to play Harry Potter’s friend. He’s rumored to have collected about £24 million for his work in the series. (That’s about $32.4 million, give or take, depending on how panicky currency traders are feeling about last month’s Brexit vote.)Tax Bill

In Harry Potter’s world, the Ministry of Magic imposes a Hexing Tax of up to 3,000 galleons on the privilege of wizarding. (Junior Wizard Savings Accounts at Gringott’s Bank are thankfully free from this tax!) But in our Muggle world, Her Majesty’s Revenue and Custom wants considerably more, taxing non-wizardry income at rates up to 40%.

Grint’s accountant, Dan Clay, doesn’t have a magic wand. But he does appear to have taken a class or two in Defence Against the Dark Arts. On April 6, 2010, the top tax rate on incomes over £150,000 leapt from 40% to 50%. Because the higher rate took effect in the middle of the year, the law required high-income taxpayers to split the 20-month period leading up to the transition into two separate tax periods, of eight months and 12 months. Clay chose a split that let his client report his income from the sixth and seventh films into the period before rates went up so that he could pay the lowest possible bill. But tax inspectors found documents during an unrelated audit suggesting Grint had intended to choose a different split, and imposed the higher tax.Tax Bill

Grint has paid the new tax in full and his barrister is quick to point that out. “There is no tax avoidance involved here.” But after paying the tax, Grint filed suit to request a refund in the neighborhood of £1 million. (Pricey neighborhood!) Thus he found himself at a Tax Tribunal sitting at the high court in London, where he told Judge Barbara Mosely that his knowledge of taxes was “quite limited” and he had trusted the details to his father and his accountant. If we had Hermione Grainger’s Time Turner, we’d tell you whether he wins. But we don’t, so we’ll just have to wait for the judge’s decision. Tax Bill

Sometimes tax planning involves big-picture concepts and strategies like tax-efficient entity structures for business owners. (If we were to advise the barman at the Leaky Cauldron Inn that opens into Diagon Alley, we might suggest the British equivalent of an S corporation.) Sometimes it involves arcane technical details like accounting periods. And sometimes you have to resort to potions and spells. (We’ve got those, too. We just can’t give them to you because you’re a Muggle. Sorry.)Tax Bill

Has the Sorting Hat placed you in a top tax bracket? Here’s the good news: You don’t have to take on the Ministry of Magic to pay less. You just need a plan. So pick up the phone and call us — or have your owl bring us a letter — and let’s see what we can do for you!Tax Bill