Making More by Paying Less – Save on Taxes 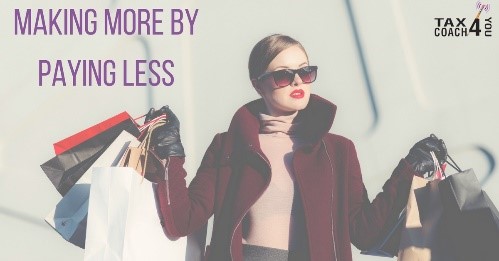 When affluent clients want to save on taxes, they turn to accountants, attorneys, and financial advisors, among other advisors. And we can make a nice living helping clients accomplish that goal. (At the risk of sounding self-serving, it’s because we’re worth it.) But you won’t find any tax professionals populating the Forbes 400, or your hometown paper’s list of richest local residents.

Having said that, there are a few people who have made legitimate fortunes helping people pay less tax. They just aren’t working where you think they are.

Most of us don’t give much thought to tariffs, simply because we don’t directly pay them. When we do pay them any mind, we typically think of international trade policy and raw materials like steel. But governments impose import taxes on consumer goods, too, including luxury favorites like perfume and cologne, watches and jewelry, high-end spirits, and the like. And while those duties don’t add up like income taxes, buyers don’t want to pay any more of them than they have to.

Robert Miller grew up in Massachusetts and attended Cornell University’s prestigious School of Hotel Administration. But he took a different direction than most of his classmates, and five years after graduating, he launched the first Duty-Free Shop in Hong Kong. In 1962, Miller secured the rights to operate the first duty-free shop in America, in the Honolulu airport. This opened his doors to servicemen returning from Asia and wealthy Japanese travelers.

Miller and his partners eventually expanded the chain to over 420 locations in airports and high-end retail locations across the globe. In 1997, his partners sold their interests to the Paris-based luxury-goods conglomerate LVMH. But Miller kept 38% of the company, and today his net worth stands at about $2.8 billion.

And how does a guy who made billions helping his customers sidestep taxes live? Pretty much exactly how you’d expect. Miller, now 84, is a champion yachtsman — he sailed his 42-meter monohull Mari-Cha IV to a world record Atlantic crossing in six days, 17 hours, and 52 minutes. He owns a 36,000-acre sporting estate in Yorkshire, along with houses in New York, Paris, and Gstaad. (It’s pronounced g-schtad, for those of you don’t regularly ski the Swiss alps.)

Miller’s three daughters have earned their own fame as socialites, and for marrying spectacularly well. Pia, the oldest, married a grandson of oil baron J. Paul Getty. Marie-Chantal, the middle, married Crown Prince Alexander of Greece. (We know the Greeks may not be the most prestigious royals these days, but their blood is more blue than ours!) And Alexandra, the baby, married the son of Prince Egon von Furstenberg.

Miller’s success in helping customers avoid import duties may not hold any direct lessons for us. But he’s obviously done some sophisticated income tax planning, too. And that’s where we come in. So, call us when you’re ready to save, and let’s see if we can help you afford more luxury goods on your next international flight!