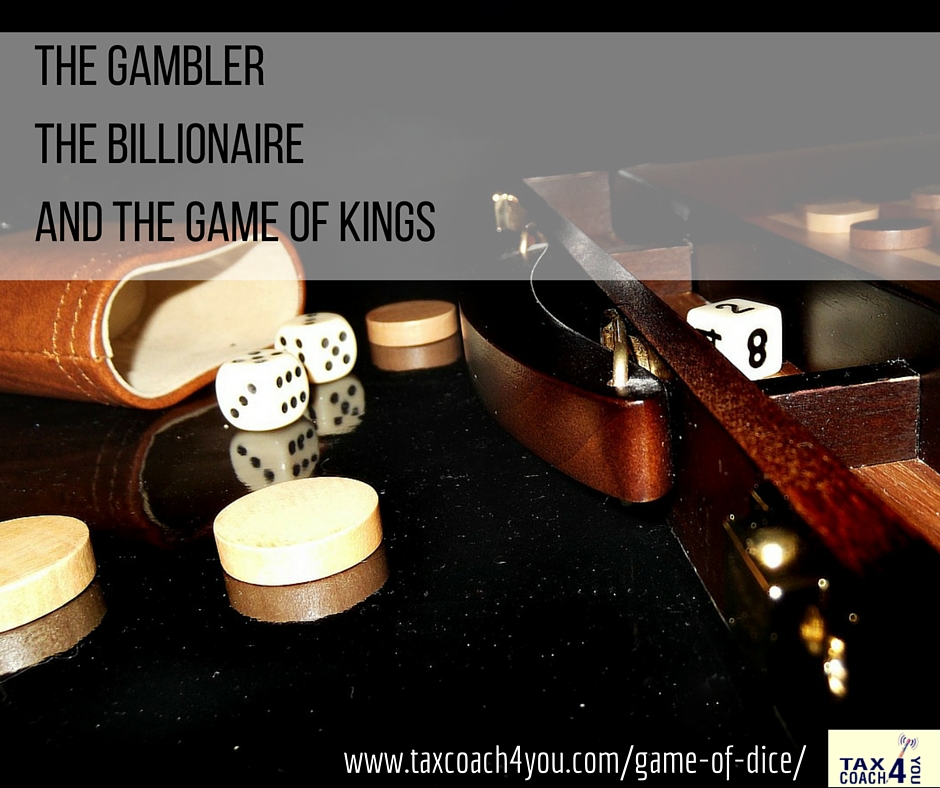 The Gambler, The Billionaire, and The Game of Kings

Backgammon is an ancient game of dice, strategy, and skill. The name dates back to the 1600s, but the game itself goes back to the Byzantine Emperor Zeno (AD 476-481). While it’s never been as popular here as poker or chess, it became a huge fad in the 1960s, with Playboy founder Hugh Hefner hosting high-profile games at his Chicago mansion.

John McManus is an Irish gambler who started out taking bets at a greyhound track before moving up to horses and currency trading. He’s parlayed his initial stake of four pounds into a €775 million fortune, enough to make him the Emerald Isle’s eighth-richest man.

Alec Gores is a private equity mogul worth $2.1 billion who lives in a $31 million chateau just down the street from home-run king Barry Bonds. Gores has wagered millions in Hollywood poker games with celebrities like Tobey Maguire, Ben Affleck, and Matt Damon. He’s not afraid to color a bit outside the lines, and drew fire for hiring a shady Hollywood private eye to wiretap his brother and former wife to confirm that they had become “inappropriately involved.”

What do backgammon, McManus, and Gores have in common? Well, both men are backgammon fanatics. In fact, McManus famously travels with a portable set, and he’s been known to start games with strangers on airplanes to win back his airfare. (Seriously, the guy flies commercial? What a peasant.)

In 2012, McManus and Gores sat down for “a serious backgammon match.” When the dust settled, three days later, the luck of the Irish had prevailed and McManus had taken $17.4 million from the billionaire. “You always feel good after winning,” McManus quipped to The Independent after his score. (Gores may be a billionaire and all, but it still had to feel a bit like waking up in a bathtub full of ice with a sore back and a hollow spot where a kidney used to be.)

Here’s why we’re talking about the story today. Gambling winnings are taxable, of course — at least here in the U.S. So Gores “helpfully” withheld $5.2 million of the Irishman’s score and forwarded it to the IRS.

But McManus says he doesn’t owe the tax. He stakes his claim on a treaty between the U.S. and Ireland, signed in 1997, designed to prevent double taxation. That treaty lets certain wealthy Irish residents avoid tax on U.S. income in favor of a flat “domicile levy” of €200,000 on their non-Irish income.

McManus filed a U.S. nonresident tax return and requested his $5.2 million back. He says the IRS approved that claim before sending it “to another department” for review. Since then, he hasn’t heard a word. So now he’s filed suit in the U.S. Court of Federal Claims. The IRS replies that McManus didn’t qualify as an Irish resident under the terms of the treaty, and didn’t even file an Irish tax return for that year. They have until October 30 to respond to the suit, so we’ll have to wait until then to learn what happens next.

Here are a couple of lessons to ponder while the case makes its way through the system. First, don’t sit down for a high-stakes gamble without knowing your opponent! And second, don’t let the IRS catch you by surprise. Navigating the tax gameboard without a plan is a gamble you don’t want to take! Come to us so you don’t have to leave your fortune to a toss of the dice. Find out if there is tax on YOUR gambling winnings!

← Sign "O" the Times A Tale of Two Highest-Paid CEOs →