A Tale of Two Highest-Paid CEOs 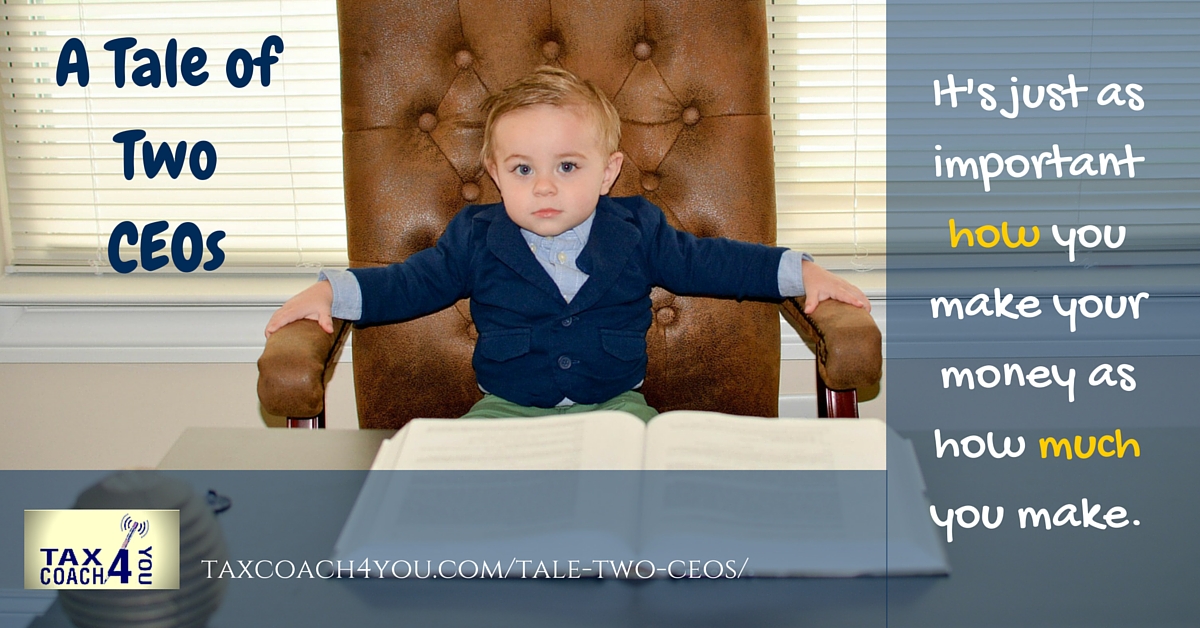 Every year, business reporters look forward to listing the country’s highest-paid CEOs. Corporate chiefs have always done well for themselves — in 1980, the average S&P 500 head earned 42 times more than the average worker. But lately those compensation numbers have swollen fat enough to boggle Stephen Hawking’s mind — in 2000, the CEO-to-worker ratio reached a high of 500:1.

Last year’s CEO pay champ was Discovery Communications skipper David Zaslav. His total haul started with $3.0 million in salary and $6.1 million in bonus, before piling on $94.6 million in stock and $50.5 million in options, He also scored $1.9 million in “other” comp, like $296,930 for personal use of the company jet and a $16,800 car allowance (because it’s hard to afford reliable transportation on a $3 million salary). Not bad for a guy whose company brought us Shark Week and Here Comes Honey Boo Boo!

You would think every CEO wants to make the top of that list. But some of the smartest ones are hiding out at the other end, happy to count themselves among the lowest salaried. Why on earth would they choose to work all year for peanuts? If you guessed “taxes,” you’re absolutely right!

Let’s take a closer look at Zaslav’s $9 million in salary and bonus. Sure, stacking that kind of paper sounds great. (Okay, it probably is.) But “$9 million” is really more like an opening offer. First the IRS grabs 39.6% in federal income tax. There’s FICA tax of 7.65% on the first $118,500, plus 2.9% on anything above that, plus 0.8% more on anything above $250,000. Then the Empire State piles on another 8.82% more. (OK, here’s where we insert the obligatory joke about how Zaslav would rather face one of those sharks his network loves to film.)

Now let’s look at another CEO: Larry Page, who heads up search engine Google. His salary last year? A dollar. One measly buck. A year’s worth of work for less than the cost of your morning coffee. But (and this is a pretty big but) he saw the value of his stock shoot up about $8 billion — including a mind-blowing $4 billion in just one afternoon. (Friday, July 17, 2015 was a spectacularly good day to be Larry Page.)

And how much tax did Page pay on those billions? Nothing. In fact, he won’t be taxed at all until he chooses to sell. Even then, he’ll qualify for special lower rates, capped at just 23.8%.

But wait, there’s more! If Page wins promotion to that great corner office in the sky without having sold his stock, he’ll enjoy a “stepped up basis” and avoid tax on the gains entirely. Well, he won’t enjoy it, but Mrs. Page and the surviving Pagelets probably will.

Page’s strategy may not make the IRS happy. But Google shareholders love it. Seeing CEOs tie their fortunes to long-term stock prices reassures investors that executives have their best interests in mind. And studies show that CEOs with low salaries are less likely to engage in the sort of shenanigans that lead to surprise earnings restatements, expensive lawsuits, and embarrassing stretches behind bars. (Just because you call it a “country club” prison doesn’t actually make it a “country club.”)

Here’s the bottom line, and it applies whether you make a buck a year or a million. When it comes to paying less tax, it’s just as important how you make your money as how much you make. So call us for a plan to help structure your income so you can keep as much as possible!