TurboTax Made Me Do It – On Filing Your Own Taxes

Filing your own taxes using tax software can be very tempting 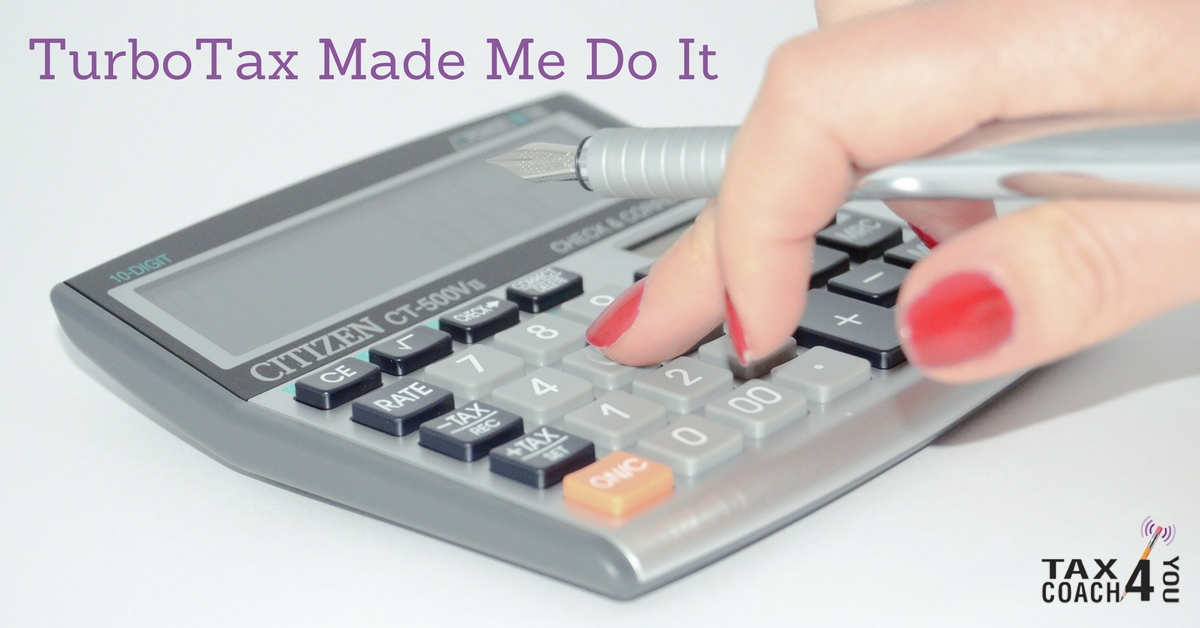 One of the highlights of living in our technologically-advanced age is the ability to buy tools to do almost anything. If your kid fractures his arm playing baseball, you can hop on over to Amazon and order an orthopedic bone saw for less than the cost of a tank of gas. Then you can (probably) head over to YouTube and watch a video explaining how to smooth off the rough edges and set it for best results. You might not want to do that all yourself. But the tools are there if you want them.

Here in the tax business, there’s no shortage of similar tools you can use to help satisfy your obligations with your friends at the IRS. TurboTax, TaxCut, and similar programs give you much the same power as professional tax-prep systems. If your circumstances are simple enough, and you’re familiar with the process, you might be able to do a perfectly serviceable job of preparing your own return. You might not want to write off an entire weekend wrestling with the various questions, forms, and procedures — but the tool is there if you want to.

But sometimes, doing it yourself really isn’t the best idea. Barry Bulakites just learned that the hard way, to the tune of a trip to Tax Court (where he represented himself, of course). Bulakites is a San Diego-based insurance consultant who works with accountants, but who didn’t see the value in hiring a professional to prepare a pretty complicated return. Here’s how his DIY tax prep worked out:

Bulakites admitted that he deducted things he shouldn’t have and overstated things that he could. But then he threw TurboTax under the bus for “luring him into” claiming them! We can just imagine what that would have looked like. Did it darehim to stretch that alimony deduction by an extra $3,000 per month? Did it challenge him: “are you man enough to deduct this net operating loss?” In the end, the court concluded that “[t]ax preparation software is only as good as the information one inputs into it.”

Here’s the real irony, at least as far as we’re concerned. Preparing your taxes, on your own or with a professional, is important. But all that really does is record history. The real value comes from planning your taxes to pay less in the first place. So call us when you’re ready for planning, and don’t let cheap office-supply store software bully you into paying more than you have to!

← Oops! You Fail To File Taxes A Match Made in Dallas →