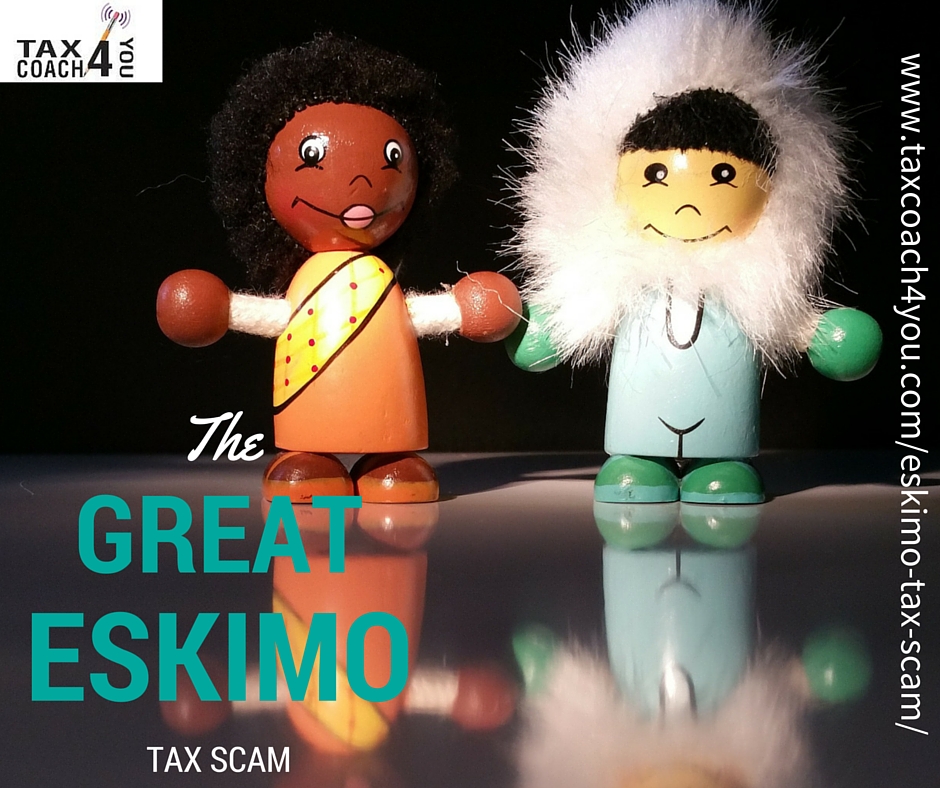 Spring is here, at least according to the calendar, and you probably aren’t thinking much about Eskimos as April 15 approaches. But here’s a fun story from the Wayback Machine to remind you it’s never the wrong time to pay attention to taxes.

Back in 1971, President Nixon signed the Alaska Native Claims Settlement Act. The law was intended to settle a long history of land disputes dating back to before Alaskan statehood. It distributed up to 104.5 million acres of land to the native tribes, paid out $962.5 million in cash, and created 13 “Alaska native regional corporations” to manage those assets. But timing, as they say, is everything. Fishing, timber, and oil industries collapsed, and nearly all of the new corporations were left with losses.

In 1983, Alaska’s senior Senator, Ted Stevens, added a provision to the 1984 tax bill letting the new corporations sell those tax losses. Let’s say you’re a profitable corporation riding the 1980s economic boom and you’re looking at a $4 million tax bill on a $10 million profit. You find a needy native Alaskan corporation with $10 million in losses. You pay that corporation, say, $2 million in cash for the right to take the tax loss on your own bottom line (even though you didn’t actually incur the loss yourself), and poof — you’ve just saved yourself $2 million in tax!

It didn’t take long for tax planners to find Stevens’s little Easter egg. In 1986, a Marriott exec named Stephen Norris learned about the new loophole. Norris hooked up with David Rubenstein, a former Carter administration official who had left his White House post to start peddling influence from a Washington law firm. Marriott paid Rubenstein’s firm a seven-figure sum in fees for saving an even higher seven-figure sum of taxes. Norris smelled opportunity for himself and checked out of Marriott to set up shop brokering tax deals with Rubenstein.

Norris and Rubenstein had no trouble finding needy Eskimos. They flew the struggling CEOs into Washington, wined them and dined them, and got them just as hooked on free money as the crack cocaine that enterprising drug dealers were just then bringing to America’s Lower 48. The partners took 1% of the transaction for themselves and juiced a billion dollars of losses through the system. (If you hated math in school, that’s $10 million in fees.) In 1987, the pair built on that success to help found the Carlyle Group, a private-equity fund named after the pricey New York hotel that became a home away from home for senior Washington officials looking to cash in on their government connections.

Meanwhile, back in Alaska, our naive native tribes were learning the hard way why Wall Streeters caution, “Bulls make money, bears make money, pigs get slaughtered.” Eskimo companies started overstating their losses, taking “liberties” and “cutting corners” marking down the value of their timber and oil assets. Suddenly everyone had losses for sale, and even the accountants were getting rich! But every party has a pooper, and pretty soon the IRS caught on. In 1988, Congress repealed the law, put the tax break on an ice floe, and pushed it out to sea.

Arrangements like the Great Eskimo Tax Scam force tax planners to scramble as they appear and disappear. Fortunately, our tax code includes dozens of perfectly legal strategies that aren’t in any danger of disappearing — and don’t include the word “scam” in their name. Call us when you’re ready to start putting more of them to work for yourself!

← A Little Tax Magic Start Warming Up Your Texting Thumbs →