Start Warming Up Your Texting Thumbs 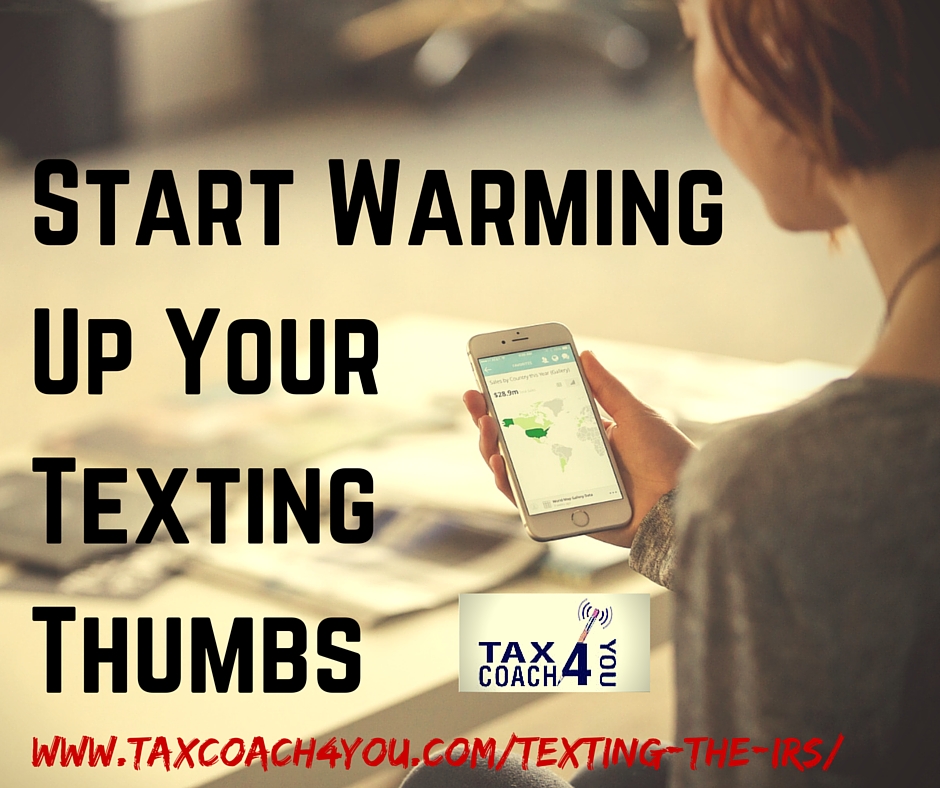 If you’re not already one of the millions of Americans with a smartphone glued to your hands, this story may make you reconsider . . . .

Vermont Senator Bernie Sanders has fired up the progressive left with his long-shot White House run. Sanders describes himself as a “democratic socialist,” and asks Americans, “What’s wrong with being more like Scandinavia?” Naturally, his platform includes Scandinavian-style higher taxes on America’s wealthy.

Texas Senator Ted Cruz may be Sanders’ complete and polar opposite, an unabashed conservative who appears biologically allergic to anything related to government. Naturally, his platform slashes taxes for nearly everyone. If that’s not enough, he wants to abolish the IRS entirely, and replace them with taxes we can file on a postcard.

So what do you think would happen if you locked Sanders and Cruz in a room and forced them to come up with a tax system they both could support? Well, it probably wouldn’t be pretty. (Seriously, can you imagine?) But those two unlikeliest of bedfellows just might come up with something to make April 15 look like any other day.

Our current system couldn’t be much uglier. In January, your mailbox fills up with W-2s, 1095s, 1098s, and 1099s. Starting in February, you’ll get your K-1s and your corrected 1099s. (It’s enough to make you suspect the tax code is a conspiracy put together by paper and printer manufacturers.) Then it’s time to compile all that information and crunch those numbers on brain-numbingly obtuse federal forms. In 2010, a White House panel estimated Americans spend 7.6 billion hours and 140 billion dollars keeping the IRS off their backs. (Hey now, we know what you’re thinking, and don’t blame us.)

But what if we could avoid all that hassle? What if the IRS could do you taxes for you — then send you the forms, all ready to approve? In millions of cases, they already have all the information they would need to do that. (Computers, too, if they could just protect them from hackers.)

That’s already reality in eight countries, including Sanders’ favorites Norway and Finland. In nearby Estonia, most taxpayers file online in less than five minutes.

But the gold medalist in speed-filing gold may be everyone’s favorite sub-arctic socialist paradise, Sweden. In Sweden, most taxpayers just wait for the government to send their return, already filled out. But some of them actually get it by text message. And if everything looks good, they text “yes” and they’re done. (That’s one Swedish policy that even Ted Cruz might be able to get behind!)

Unfortunately, there are too many groups with vested interests in the current system to make that a reality here. But there is a silver lining, if you look hard enough. (Harder!) And that’s the fact that complexity creates opportunity. Every deduction, credit, loophole, and strategy that Washington throws into the code gives us a chance to help you pay less. And all you need is a plan. So whip out your smartphone — or even, god forbid, your landline — and call us!