The Taxing History Behind Cinco Day 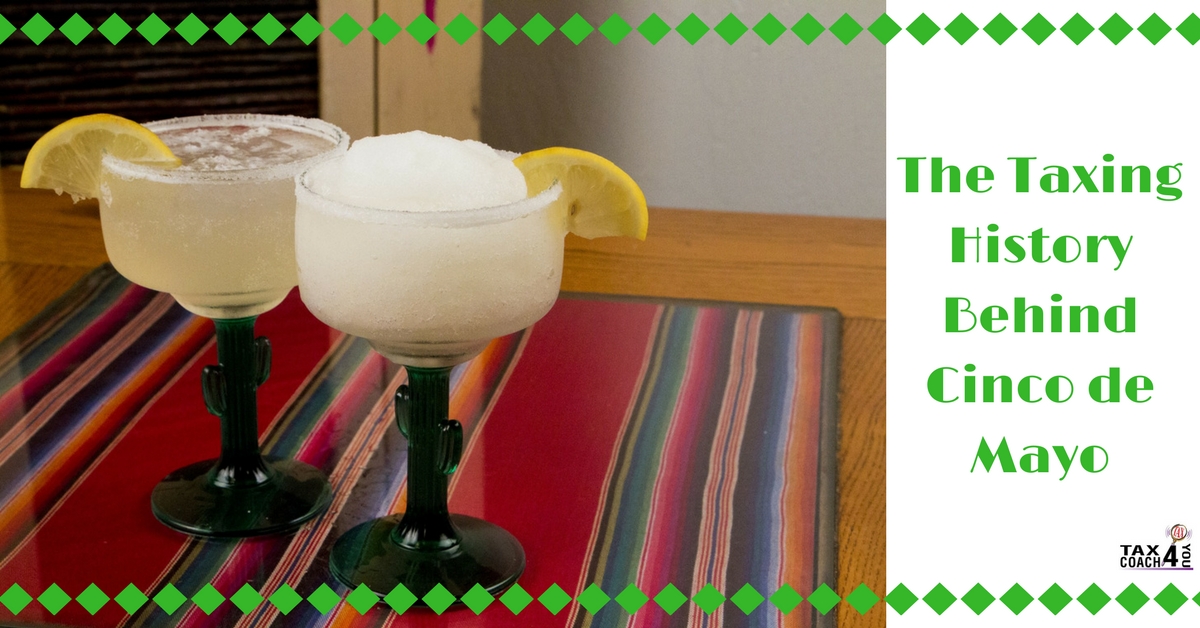 Americans are great at taking perfectly serviceable holidays and turning them into excuses for parties. On St. Patrick’s Day, millions of Irish-for-a-day drinkers belly up to their favorite fake Irish bar to down pints of Guinness and shots of Jameson. Next on the calendar is Cinco Day! Cinco de Mayo, when all those same St. Paddy’s fans become Mexicans for a day to down bottles of Corona and pitchers of margaritas. (We can’t wait to see what the hospitality industry dreams up when they discover Talk Like a Pirate Day lurking on the September calendar.)
You may already have Cinco de Mayo reservations penciled into your calendar. But how many know the role that taxes played in putting those tangy salt-rimmed cocktails on your Happy Hour menu?

Back in 1862, we were struggling in the midst of a wrenching civil war. And south of the border, Mexico had just finished one of their own. The ruling liberals had passed a series of laws that, among other things, let the government tax the dominant Catholic church. The rival conservatives objected, with the dispute ultimately leading to war. After three years of fighting, the liberals prevailed. But incoming president Benito Juarez found his Treasury empty, and he issued a decree suspending foreign debt repayment for two years.
French Emperor Napoleon III wasn’t willing to just write off the loss. More importantly, he also spied a chance to take advantage of the turmoil here in the U.S. to reestablish French influence in the western hemisphere. So he sent his army to the port of Veracruz to collect what Mexico owed. And his troops began marching down the road to Mexico City. Unfortunately for the French, that road led through the hilltop town of Puebla de Los Angeles.

On May 5 — Cinco de Mayo — 6,000 French troops marched up Guadalupe Hill to take the town from 2,000 poorly equipped defenders. Everyone expected a rout — but it was the Mexicans who did the routing, firing downhill to pick off the advancers. The few French who reached the top faced machete-wielding Zacapoaxtla Indians, with depressingly predictable results. It was a small but symbolic victory that gave the Mexicans hope that they could repel the European invaders.
Victory was short-lived. A year later, the French reached Mexico City and installed the Austrian Archduke Ferdinand Maximilian as Emperor of Mexico. But France wasn’t willing to actually support their new puppet monarch with their army. So, after three more years of chaos, Ferdinand and his top generals found themselves on the business end of a firing squad.
Cinco de Mayo remained a little-noticed holiday until the 1980s, when beer marketers began using it as an excuse to promote their sudsy wares. Ironically, it’s barely celebrated at all in Mexico.

We realize it’s a stretch to say that Mexico’s decision to tax the church led to your Cinco de Mayo celebration. But when you’re in the tax business, like we are, you see way too many things through that lens. And isn’t that what you want? A vigilant sentry, standing guard over your finances, wielding tax-saving strategies like a tribe of bloodthirsty Zacapoaxtalas wielding machetes? So call us when you’re ready to celebrate paying less . . . and have a margarita on us!