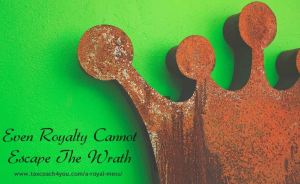 Most of us don’t get to choose our parents. And while we’re usually grateful for the ones we have, we’ve also dreamed of lives that might have been. What little girl hasn’t dreamed of growing up a princess, living in a palace, riding in a horse-drawn carriage, wearing a tiara? And don’t forget marrying a handsome prince!

Infanta Cristina de Borbon, Duchess of Palma de Mallorca, is the brother of Spain’s King Felipe VI and sixth in line to the Monarquía Hispánica. The Infanta grew up in the Royal Palace of Madrid, where she probably logged a ride or two in a carriage. And yes, she wore her mother’s diamond-crusted floral tiara at her wedding. But she chose a thoroughly modern career, graduating from college, earning a master’s degree in international relations at New York University, and working for UNESCO in Paris. Today she’s a working mom of four children. She’s also — if you believe Spanish judge Jose Castro — a tax cheat, named in a corruption scandal that’s rocking Spanish society.

Cristina’s husband, Iñaki Urdangarin, isn’t a prince. But he’s a former pro handball player and Olympian. (That’s close, right?) Urdangarin, who was named Duke of Mallorca upon his marriage, is accused of embezzling €6 million ($7.4 million) in public funds through the Instituto Nóos, a charitable foundation he ran. Prosecutors say that he organized a series of sporting events for the regional governments of the Balearic Islands and Valencia — and hugely overcharged them.

Cristina hasn’t been accused of participating directly in the fraud. However, she and her husband co-owned a company called Aizoon that received €1 million from the sports foundation, money that she and her husband used for personal expenses like furniture for their house in Barcelona, salsa lessons, and pricey hotel stays. Naturally, there were no taxes paid on those funds. The judge says “There are many indications that Cristina profited from illegal funds on her own behalf, and also helped her husband to do so, through silent cooperation and a 50% stake in his business.” The judge also says that letting Cristina off the hook “would leave the question open and discredit the notion that justice is equal for all.”

So now Cristina faces charges of failing to pay her taxes — quite a comedown for a member of a royal family that used to collect them rather than pay them! If she’s convicted, she could spend the next few years in considerably “common” quarters — no palace, no carriage, and certainly no tiaras. (Of course, that’s less punishment than a misbehaving royal might have gotten a few hundred years ago. Britain’s Henry VIII never bothered imprisoning his ex-wives, he just beheaded them!)

Spain’s monarchy has already suffered a series of PR hits after Cristina’s father, King Juan Carlos, took a lavish trip to hunt elephants in Botswana at a time when Spanish unemployment was topping 25%. So what do they think of all this? Well, back in 2011, when the scandal first broke, they gave the Duke the royal boot from official events. In 2013, they cut Cristina off from the household budget and excised the Duke’s biography from their official website. Most recently, after learning of the indictment, they declared their “complete respect for the independence” of Spain’s judiciary. You’d like to believe the royals are too classy to throw someone under something as plebian as a bus, per se — but that sure sounds like what’s happening!

Stories about princesses always ends with a moral, and this one is pretty simple. Being a princess isn’t all it’s cracked up to be, and there isn’t always a happy ending! So if you want to pay less tax, do it right and call us for a plan. And call your mother! Yes, the holidays are over, but she’d still love to hear from you!