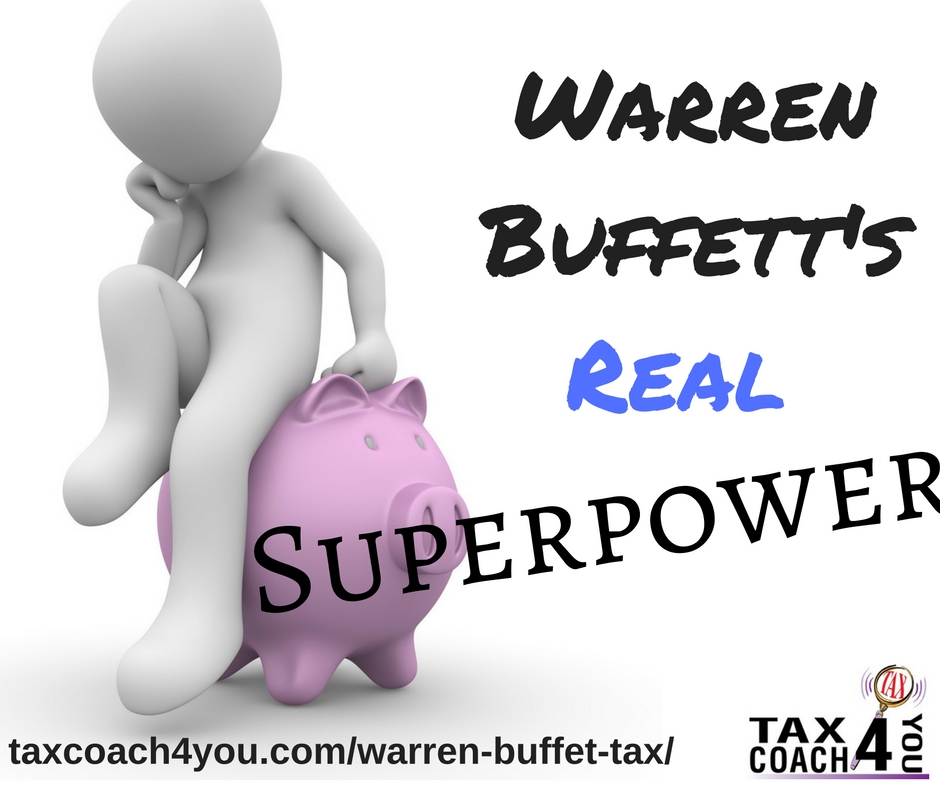 Spend an afternoon at any area theater, and you’ll see heroes with superpowers wreaking havoc wherever they go. Superman is faster than a speeding bullet (and leaps tall buildings in a single bound). Superheroes band together to save the world and debate whether they can ignore civilian authorities while they do it. Sometimes they even get married — just witness the Incredibles, an entire family of “Supers” dedicated to battling evil on a daily basis.

Every so often, mere mortals reveal they have superpowers, too. Take Warren Buffett, the “Oracle of Omaha.” The longtime chairman of Berkshire Hathaway has grown his company’s book value by 19.7% per year for the last 49 years, making him the third-richest man in the world. Most observers would say Buffett’s superpower is his talent for spotting undervalued companies to buy. But is stock picking really the ace up his sleeve? Or could his true superpower be tax planning?

Here’s what’s going on. Most public companies start out by plowing their profits back into their own growth. At some point they become confident enough to reward investors with cash dividends. The typical S&P 500 company pays out about 30% of its earnings to shareholders for a 2% dividend yield. Those dividends encourage more investors to buy in. But they’re taxable as soon as paid, and slow a company’s growth, too.

Buffett plays a little tighter. He looks for undervalued targets with rich cash flows and solid dividend histories. He buys them, then kills their dividends to redeploy that cash for future acquisitions. Buffett’s own company hasn’t paid a dividend since Lyndon Johnson was president!

Buffett owns $65 billion worth of his company’s stock. If he paid a 2% dividend like the typical S&P 500 company, he would have taken $1.2 billion last year, meaning a $280 million tax bill. Plowing those millions in tax savings back into his company’s growth adds even more to Buffett’s net worth! (What would Buffett do with all that income, anyway? He’s famously modest, still living in the same Omaha house he bought for $31,500 back in 1958. And when he bought a private jet, he had the self-awareness to name it “the Indefensible.”)

But wait . . . there’s more! Buffett isn’t just avoiding tax on dividends. By locking up all his income inside the business and rewarding investors in the form of higher share prices, he’s converting ordinary income into capital gains. That means that shareholders who hold their stock until death will qualify for “stepped-up basis” treatment and escape tax on their gains entirely.

Of course, all those billions are still subject to estate tax. But Buffett has a plan for that, too. He’s a legendarily generous philanthropist who’s pledged to donate 99% of what’s left at his death to his friend Bill Gates’s (tax-free) foundation. So the untaxed billions he’s squirreled away will escape the IRS forever. Now that’s a superpower! Buffet’s planning has worked so well that Hillary Clinton has even named a campaign proposal after him: the “Buffett Rule,” which would set a minimum tax rate of 30% on anyone earning over $1 million per year.

We can’t promise that saving taxes will compound your dividends into billions. But it’s just common sense that keeping more for yourself contributes to your bottom line. So call us if you want to borrow a little of Buffett’s superpower for yourself!