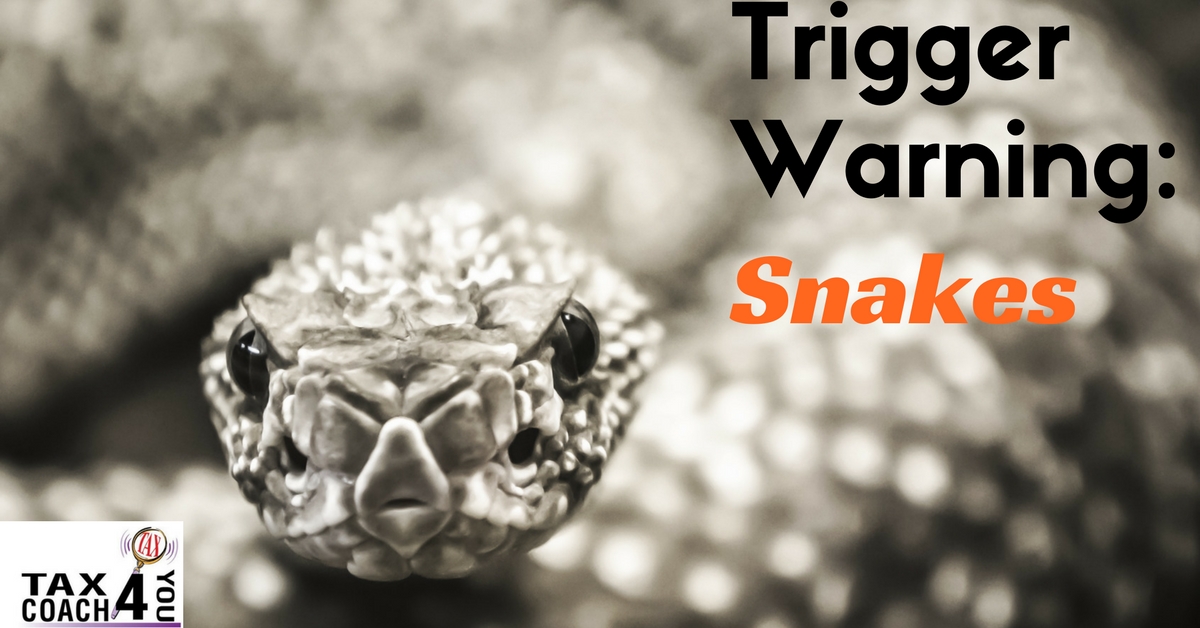 What scares Americans most? It’s not the IRS, or public speaking, or even sharks. No, the answer, as you probably guessed, is snakes. Gallup once polled 1,016 American adults, and found that fully 51% of us are afraid of the scaly, coldblooded carnivores. Snakes have been bad guys going as far back as the Book of Genesis, when the serpent tempted Eve with an apple. And they’ve terrorized the rest us ever since. Who can forget Samuel L. Jackson, snapping out the only line anyone remembers from Snakes on a Plane, declaring “I have HAD it with these @#$%^ SNAKES on this $%^$@ PLANE!” or words to that effect.

If you’re part of that 51%, you won’t be happy to hear the latest news from Mother Nature. Last month, a scientist announced he had observed a species of snake, the Cuban boa, that hunts in packs, using teamwork to catch their prey. He watched the three-to-six foot serpents join each other to hang upside down from roof of a cave to create a “curtain” and snatch bats trying to fly out. (Last we heard, he was spotted sprinting headlong away from the cave, screaming at the top of his lungs.)
If this news hasn’t sent you sprinting from the room, you’re probably wondering what any of this has to do with taxes. We’ll confess, we took the “snakes hunting in packs” story to test our own scientific hypothesis that we can find a tax connection anywhere. And it did take a few minutes on Google. But we did it!

So . . . halfway around the globe, the world’s most populous country is struggling to stamp out a pattern of petty corruption and bribery that keeps it stuck in the ranks “emerging democracies.” Mother India currently ranks 79th out of 176 on Transparency International’s corruption index. This puts India just behind that paragon of transparency Turkey, tied with Brazil, and ahead of the petty crooks in Albania and Jamaica.
What does that mean for daily life? Bribery in India is everywhere. Want to open a business, get a drivers license, or schedule an appointment with a doctor? Pay up. Anticorruption campaigns have helped tame the problem, including one clever effort to post Youtube videos of ordinary citizens naming and shaming corrupt officials. But old habits die hard, especially away from the capital in New Delhi.
Hukkul Khan and Ramkul Ram are two farmers from Narharpur village in Uttar Pradash, a northern state bordering Nepal. The men wanted tax records for their land, but officials refused to turn them over without the usual bribes. And Khan is known in his village as a snake charmer. So one day, the farmers showed up at the tax office with three bags full of snakes. There were about 40 in total, all different sizes and species, including at least four deadly cobras.

One state official said they started climbing up the tables and chairs. “There was total chaos. Hundreds of people gathered outside the room, some of them with sticks in their hands, shouting that the snakes should be killed.” Fortunately, no tax collectors or taxpayers were harmed during the making of the farmers’ stunt. Police and forest officials rounded up the snakes, and everyone who wasn’t in that office had a good laugh. (As Indiana Jones said in Raiders of the Lost Ark, “Snakes . . . why’d it have to be snakes?”)
We understand that for some people, the tax code is as scary as a bag full of boa constrictors. But you don’t need a sack full of snakes to pay less. You just need a plan. Call us and see how we make it less terrifying!

← Soup Nazi - No Soup for You! How a Tax Coach Can Save You Thousands →