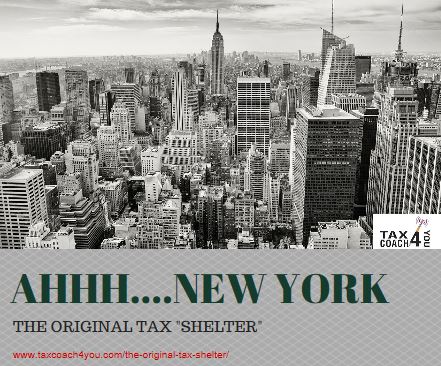 New York City is the indisputable hub of American capitalism. Its glittering streets are home to the worlds of finance, advertising, fashion, publishing, and even organized crime. The island of Manhattan is home to some of the richest people on the planet, and they own some of its priciest real estate in the world.

You would think all those rich people living in all those expensive apartments would keep the tax collectors satisfied. But in fact, the oceans of money sloshing ashore are managing to bypass some of the most obvious tax tollbooths.

A generation ago, New York’s bold-faced names dreamed of living in what Tom Wolfe called the “Good Buildings” — a triangle of 42 limestone coops centered on Manhattan’s Upper East Side. Today, plenty of plutocrats have more than enough cash to afford those buildings. But what if their blood isn’t blue enough for the famously snooty boards of directors? Well, if you’re an internationally ambitious Russian car dealer, a Super Bowl-winning quarterback with a penchant for underinflated balls, or the son of a deposed African dictator, you turn your gaze south and west to “Billionaire’s Row,” a stretch of super-tall, super-expensive condominiums mostly lying along 57th Street.

In January, a mystery buyer made real estate history when he bought a shiny new apartment in a shiny new building for $100,471,452. And 77 cents. (Not a typo.) Sure, he gets 11,000 square feet overlooking Central Park from the 89th and 90th floors. There’s even room service from the Michelin-starred chef at the Park Hyatt hotel occupying the building’s first 25 floors. But it’s not like the place is special or anything. Just down the street, the developers of 111 57th Street are asking the same $100 million for their top units. And right around the corner, the developers of 520 Park Avenue are asking $130 million for their three-story penthouse. (Can you imagine how unbearably proletarian it must feel to live 1,000 feet above the street on the 84th floor, but know there’s someone even richer living right upstairs?)

Why are the tax collectors so unhappy? It mainly comes down to a dense provision of New York State law. It’s called Section 421-a, and it slashes property taxes for new construction by up to 95% for up to 25 years, if developers agree to also build homes for low-income tenants. (Of course, that doesn’t mean the “poorsies” get to overlook Central Park with the billionaires — the developers of the record-breaking condo underwrote 66 units way out in the Bronx.) So, just how much can that break be worth? In the case of that $100 million sale, it’s $360,000 per year, with Section 421-a costing over $1 billion in annual tax overall.

Why would New York pass such a boondoggle in the first place? The goal is to lure rich residents to “make it rain” in local stores and restaurants. But it turns out the average billionaire owns 10 residences — and if you’ve got 10 places to live, how much time do you spend at any one of them? Foreign buyers, especially, are using their New York City pads as glass-and-concrete Swiss bank accounts rather than homes. One study found that 30% of all apartments bounded by 49th Street, Park Avenue, 70th Street, and Fifth Avenue are vacant at least 10 months out of the year. Oh, well. At least if it all hits the fan back home, owners will have part of their fortune safely beyond the new regime’s reach.

Lawmakers have naturally reacted with plans to make up the taxes they’re leaving on the table. Some have proposed eliminating Section 421-a entirely; others call for nonresident taxes on empty apartments. Unfortunately, the heads of New York’s State Assembly and Senate are both under indictment right now, which has pretty much ground the legislature to a halt. In fact, part of the case against Senate leader Dean Skelos involves accusations that he voted to give 421-a breaks to a developer who employed his son. It looks like we shouldn’t expect the law to change anytime soon.

The new breed of high-end Manhattan condo buyers may not be seeking the same “shelter” that you or I get from our homes. But who can blame them for looking at the tax laws and planning to pay less? That part is the same. And at our firm, planning isn’t something we just do on April 15. It’s a year-round commitment to exploring every way we can to help you save.