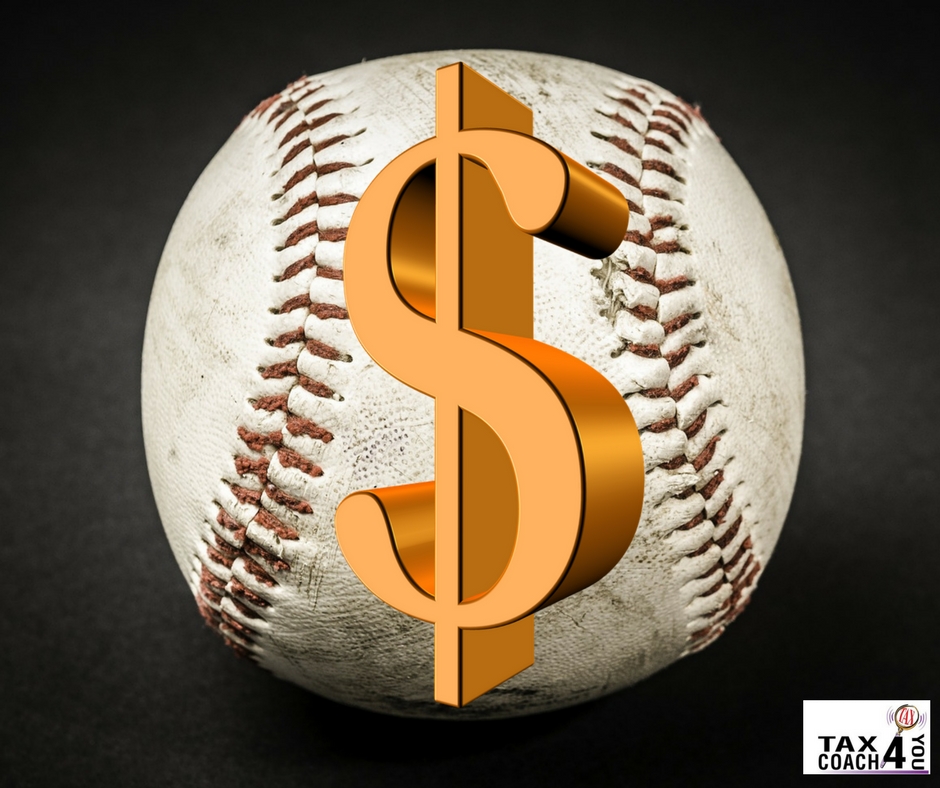 Baseball is back! On April 2, the Tampa Bay Devil Rays spanked the visiting New York Yankees, 7-3, to kick off the 2017 season. Later that day, the defending World Series champion Chicago Cubbies fell to their usual last place in the National League Central. And Cincinnati Reds fans are still bitter that they don’t get to host the season’s first game like they did for so many years. Taxing Baseball

Everyone loves baseball, even the IRS! We realize that when you think of baseball stats, you think of batting averages, slugging percentages, and “wins above replacement.” But the nation’s tax collectors have some baseball stats they love to share, too. So let’s take a quick look:

Baseball has generated its fair share of quotable quotes over the years. There are even a few tax quotes lurking in that lore, although we’re not sure Yogi Berra ever said anything about the IRS:

“Baseball is a skilled game. It’s America’s game — it, and high taxes.”
Will Rogers

“Look, we [baseball team owners] play the Star Spangled Banner before every game. You want us to pay income taxes, too?”
Bill Veeck (Owner, Chicago Cubs)

While we’re on the topic, how does your game plan looking this season? Have you even stepped up to the plate? Or are you still warming the bench? Remember that we’re here to help with a complete roster of infield and outfield plays. We’ve got the depth and experience you need to hit the home run you want come April 15!

← Rockefeller Rich Your Accountant Is Not A Tax Advisor →