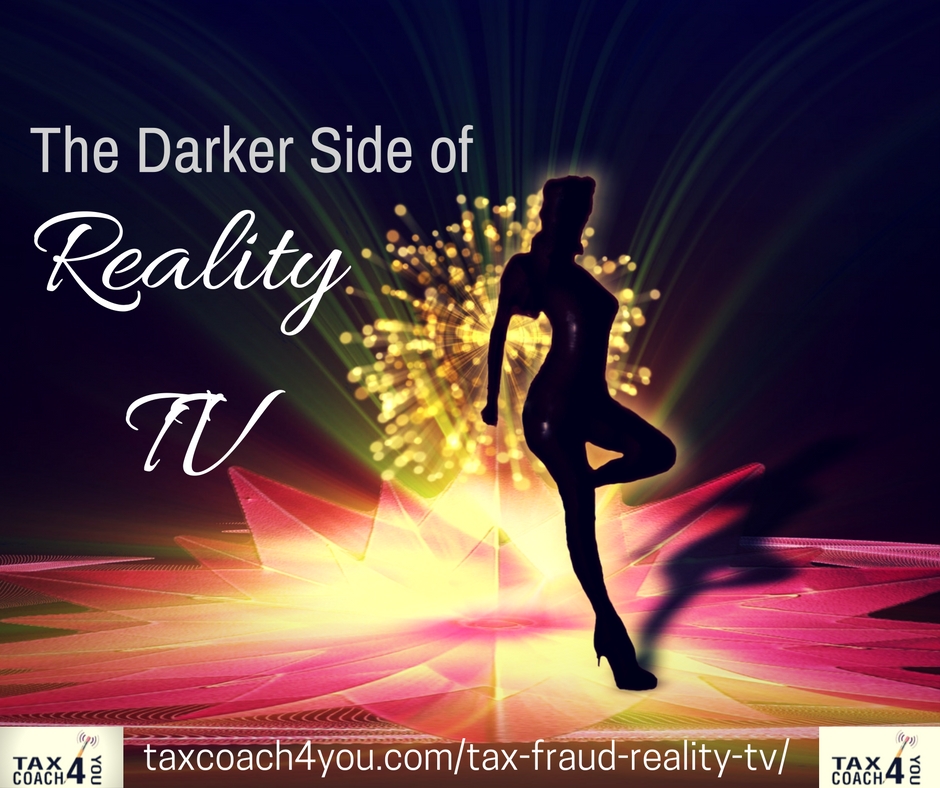 Americans can’t seem to get enough of reality television. Most critics think that’s because reality TV presents us as we all aspire to be. Something about the camera seems to bring out the best in people, whether they’re bachelorettes, drag queens, or cake chefs. Reality TV is where we go to restore our faith in the simple human dignity in everyone, from hoarders to pawn stars to ice-road truckers. (Right?) Besides, what kind of masochist would voluntarily waste an hour of their precious life watching a gaggle of “real housewives” fighting like a sack full of drunken cats? Tax Fraud

That’s why it was so disappointing to hear that Abby Lee Miller, star of Lifetime’s Dance Moms, has plead guilty to federal tax fraud and money laundering charges. It’s a bit like finding out the mighty Wizard of Oz is just a little man behind a curtain. (Think of the children!)Tax Fraud

If the Kardashians are the bright shining sun of the reality TV solar system, Abby Lee Miller is a minor outlying planet, or maybe a famous comet. Dance Moms has spent six seasons following Miller, her Pittsburgh studio, her dance team, and of course the dancers’ moms. (We don’t have to actually watch this stuff to write about it; the show even has its own Wikipedia page.)Tax Fraud

Miller may be a whiz at choreographing routines like the one highlighted in “Topless Showgirls,” featuring her preteen troupe performing a burlesque routine in flesh-toned bra tops and tights. (The show’s producers mercifully pulled that episode from the season’s DVD compilation.) But when it comes to business, she’s got two left feet. In 2010, she filed for bankruptcy, claiming $325,000 in assets and $400,000 in debt. As part of that process, the court ordered her to do all her banking out of a single central account and file monthly operating reports disclosing her finances.Tax Fraud

But Miller failed to disclose she would be profiting once her show debuted on July 14, 2011. In 2013, the judge supervising her affairs found himself channel-surfing one night and clicked onto Dance Moms. Naturally, he wondered why he wasn’t seeing that income.Tax Fraud

Miller could have cleaned up her act. Instead, she choreographed more scheming. She held on to checks to deposit them after her case was discharged, deposited money into hidden accounts, and asked customers to pay her mother instead of herself. And of course she didn’t show that little pirouette to the IRS. How much are we talking? According to prosecutors, $755,492.85. That’s a lot of sequined leotards! Tax Fraud

Last October, a federal grand jury indicted Miller on 20 counts of fraud. For an encore, prosecutors added a money-laundering charge after discovering she and her employees had smuggled $120,000 in cash from Australia in Ziploc bags hidden in their suitcases. A week later, she pled guilty to one count of bankruptcy fraud and one count of not reporting an international currency transaction. Now she’s looking at 24 to 30 months in a place where sequined leotards are in very short supply. Tax Fraud

Ironically, Miller’s cheating didn’t save her anything — once the judge found her television gold mine, she wound up using it to pay her creditors in full! And that’s the lesson of our story. Cutting corners and breaking the rules may seem to offer short-term relief. But survivors know that long-term planning is the key to financial success. So call us for help with your planning and enjoy some real world savings! Tax Fraud