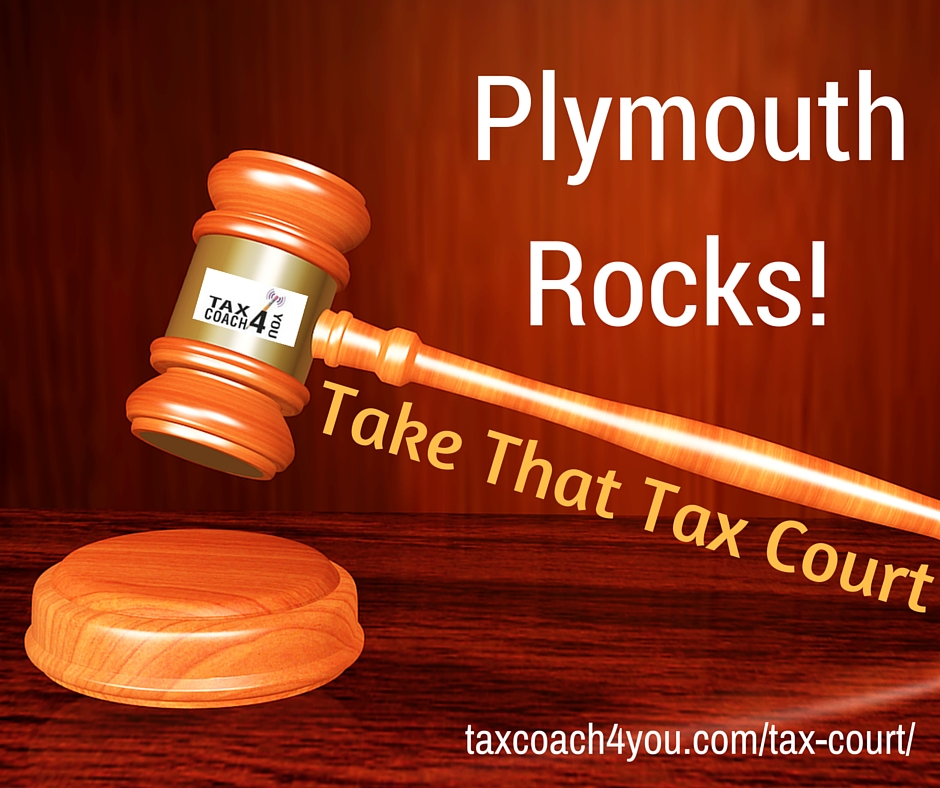 Let’s say the IRS decides they don’t like your tax return from a couple of years ago. They audit you, and send you a “deficiency notice” for, say, $10,000. You appeal it, and they say “nope, sorry, it’s $10,000.” If you’re still not happy (and why would you be happy with a $10,000 tax bill), you can take your case to court — specifically, the U.S. Tax Court.
Congress set up the tax court back in 1942 to preside over tax disputes. You file a petition (which costs $60) within 90 days of receiving notice that you owe the tax. If your dispute is under $50,000, you’ll go to the Tax Court’s version of “small claims court,” where Judge Judy the judge will hear your case in a more informal setting. You can even represent yourself — in fact, about 45% of Tax Court cases are filed “pro se.” And sometimes, the “little guy” actually wins.
Richard Brewster Main is a patent attorney in California who loves classic Detroit iron from the 1950s. And who doesn’t? Giant engines, swooping curves of metal and glass, sexy sweeping tail fins, and trunks large enough to fit a dead body or four. Main is a serious enthusiast who’s owned up to 40 cars at a time. He even hosted the 2002 meeting of the Golden Fin society at his ranch in Livermore, California. And he has a side business restoring 1955 and 1956 Plymouths.
But 2009 was a slow year for Main’s legal practice and his car business. Losses from the car business apparently offset most of the income from the practice, and he reported owing nothing in income tax. Until the IRS Prowlers got a look, that is. They decided the Plymouths were just a hobby, not a real business, and used the “hobby loss rule” to disallow those losses. In their Fury, they sent him a bill for a whopping $39,452 in taxes and penalties.
This is a common challenge for activities like restoring cars that show a loss. Are they real Satellite businesses with a bona fide profit motive? Or are they just fun hobbies? If they’re businesses, they can offset income from other sources. The IRS has a detailed checklist to help answer that question. But sometimes it just comes down to common sense. So Main made a Valiant effort in Tax Court, and won the judge’s Acclaim to chalk up a win. Here’s what the Judge said:
“Petitioner undoubtedly enjoyed working with Plymouths. Although his manner of carrying on this activity was unsophisticated, it was businesslike. He had experience operating a business and expertise relating to Plymouths; advertised online, in print, and at live events; traveled outside California to acquire cars at bargain prices; contracted with third parties to manufacture parts for him to resell and use in restorations; and abandoned unprofitable aspects of his automobile activity (i.e., he downsized his inventory and stopped contracting for manufactured parts). Furthermore, he devoted considerable time to, and handled all material aspects of, his automobile activity. Lastly, petitioner’s patent business was undergoing a downturn during the year in issue, and petitioner, a prudent businessman, would not have squandered his hard-earned money on an expensive hobby. In short, petitioner’s automobile activity was a business, and his primary objective was to make a profit.”
Here’s the lesson. Just because the IRS says “jump” doesn’t mean you have to say “how high?” There’s more room for interpretation on that Horizon than most people realize. And the best way to take advantage of that room is a plan. So call us for your plan, and see how much you can save!