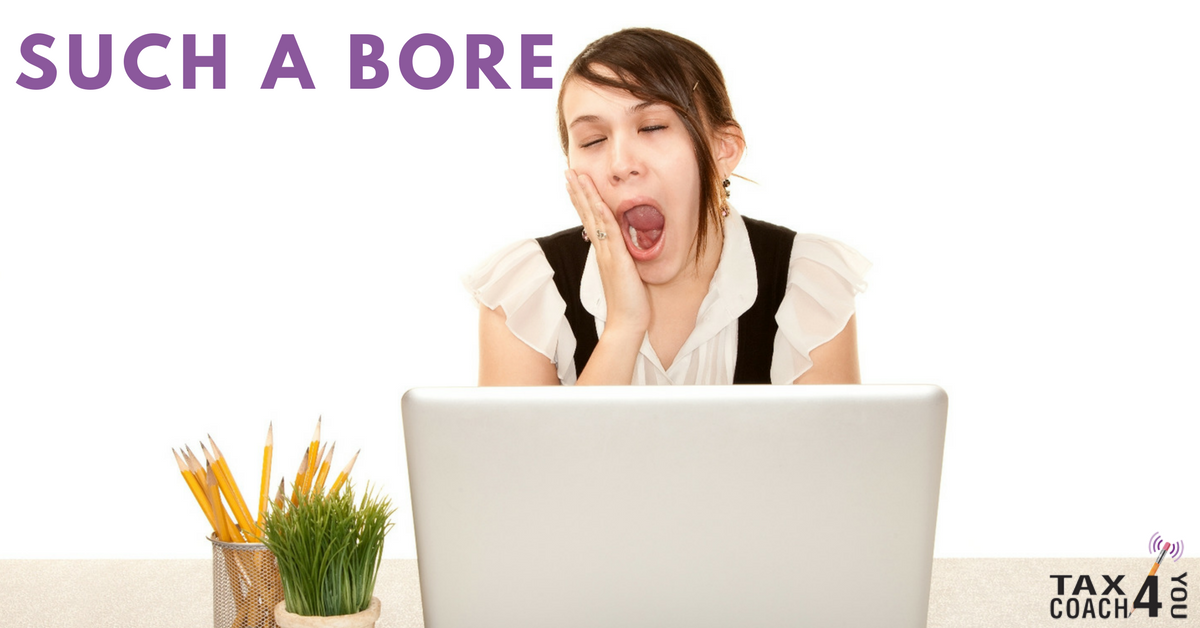 Not all tax professionals are boring! 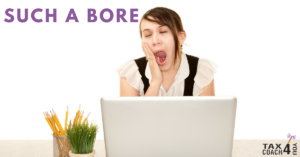 Everyone has a mental picture of what a tax professional or accountant looks like. Probably pretty boring, right? Dull. Predictable. Not quite smart enough to do useful work, like engineering. Definitely not slick enough for sales. Probably balding and paunchy, bleary-eyed from too many late nights at the office typing numbers into boxes on government forms. But that’s not always the case . . . so let’s take a look at a couple of fun stories that shatter that stereotype.

First, Dorothy Steel. Dorothy spent decades working as a senior revenue officer for the IRS before retiring on December 7, 1984. But “retirement” must not have suited her as well as she expected, so at age 88, she took up a new pursuit — acting. She started at an Atlanta-area senior center, then worked her way up to TV and short-film roles. In November, 2016, her agent called about a part in some “comic book” movie that would have required her to speak in an African accent. She scoffed and told her agent to pass.

But then she told her grandson about the part. After he picked his jaw up off the floor, he told her that Black Panther would be a big, big deal. “My grandson said to me, ‘You’re always talking about stepping out on faith. I either want you to man up or shut up,'” Steel told the Washington Post, laughing at the memory.

So Dorothy sent in her audition tape. An hour after producers saw it, they said, “Who is that old lady? We want her.” The next day, she had the part. Now millions of fans across the globe have seen the former tax collector as a Tribal Elder advising Wakanda’s King T’Challa in Marvel’s newest billion-dollar grossing hit.

Next, Scott Foster. Scott’s a 36-year-old accountant for Golub Capital, a private lender focused on middle-market and late-stage lending. (Ok, boring.) He played hockey for Western Michigan University and still plays in a local beer league. He’s also the Chicago Blackhawks’ designated “emergency goalie” — a job that usually means sitting in the press box and eating free food. On March 29, though, goaltender Anton Forsberg hurt himself during practice, and rookie backup Collin Delia hurt himself six minutes into the third period. That meant time for Foster’s NHL debut.

Foster killed it during his time in the crease. Donning #90, he played 14 minutes and one second, and stopped all six shots he faced from the visiting Winnipeg Jets. The crowd began chanting “FOS-TER, FOS-TER, FOS-TER” before roaring in applause at the final horn. His teammates awarded him the team belt for player of the game.

Foster’s performance may even earn him a new start from the U.S. Hockey League’s Chicago Steel. “If Scott can handle itemized deductions as well as he handles a Dustin Byfuglien slap shot, he’ll be a great asset,” said Steel president Dan Lehv in a press release. “Overall, our starting accountants have been doing a good job for us. But as we all know, anything can happen in the crazy, fast-paced world of accounting. Last year’s Academy Awards are a prime example. We couldn’t see a guy like Scott Foster misplacing the Best Picture envelope. He seems like a ‘no loopholes’ kind of guy.”

Dorothy Steel and Scott Foster both offer a valuable lesson: it’s never too late to start. And that applies to paying less tax, too. So call us when you’re ready to save. We promise the savings won’t be boring!

← Auditors on Deck Quit Your Whining →