“Step Away From that Soda, Sir” 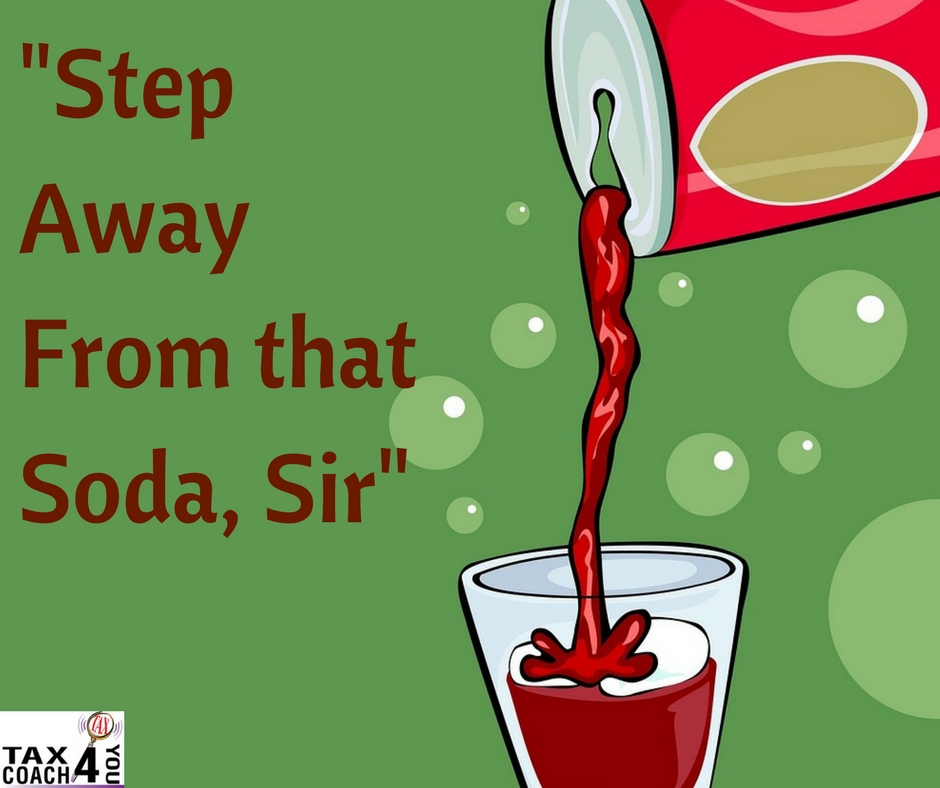 Last year, the Philadelphia City Council slapped a 1.5 cent-per-ounce tax on soda and artificially-sweetened drinks. The new tax, which became effective on January 1, sounds like something intended to fight obesity, diabetes, and other public health threats. Council actually designed it to finance universal pre-kindergarten for Philadelphia schoolchildren and pay for local development projects. However, like many taxes — especially so-called “Pigovian” taxes on market activities that impose societal costs (like smoking and drinking) — the soda tax may create some unexpected consequences of its own.

One and a half cents per ounce doesn’t sound like much. It’s been a long time since you could get much of anything for a penny. But multiply that penny and a half by a 12-ounce can and you’re talking 18 cents. Multiply that by a six-pack and you’re up to $1.08. Those 53-foot “Diet Coke” trucks you see lumbering down the highway hold 194,500 cans of the fizzy stuff. Do a little quick math and you’ll see that means $2,917.50 in tax. (Remember that number; you’ll be seeing it again.)

Naturally, consumers are already unhappy. Retailers are struggling over whether to pass the cost along to consumers. (The tax isn’t added to the retail price like a regular sales tax; it’s paid by the distributor.) Bars and restaurants are clamping down on free refills, as they’re paying almost $60 more for a five-gallon canister of concentrated soda syrup (enough to make 30 gallons of actual soda).

On the bright side, parents of pre-schoolers will be delighted. And there’s another, less obvious group that might smell opportunity here. We’re talking, of course, about the remnants of Philadelphia’s once-mighty mob, from bosses like Joseph “Skinny Joey” Merlino on down to the desperate last-chancers that Jersey Shore native Bruce Springsteen celebrates in hits like “Atlantic City” and “Meeting Across the River.”

A hundred years ago, give or take, Prohibition launched an era of bootleggers and speakeasies. Could the Philadelphia soda tax lead to similar lawlessness?

We can imagine the scene already. Burly, unshaven men buying truckloads of soda across the river in tax-free New Jersey. Midnight rendezvous under dark bridges with furtive restaurant and supermarket owners glancing nervously out of the corners of their eyes. Sales of burner cellphones soaring. Whispered signals and codes piercing the night airwaves: “The dice are on the carpet. I repeat, the dice are on the carpet.”

Think it sounds ridiculous? Look at taxes on cigarettes in neighboring New York. The Empire State lights up smokers for $4.35 per pack, compared to just 30 cents down I-95 in nearby Virginia. As a result, a whopping 58% of cigarettes sold in New York are bootlegged. The nonpartisan Tax Foundation reports that “growing cigarette tax differentials have made cigarette smuggling both a national problem and a lucrative criminal enterprise.” At $2,917.50 per truckload, it hardly sounds impossible to see the same thing happen in Philadelphia.

In the long run, lots of taxes turn out to be fairly easy to avoid. Don’t want to pay the Philadelphia soda tax, and don’t want to risk being stopped at the Ben Franklin Bridge with a case of bootleg product? Switch to coffee. Don’t like paying tax on your capital gains? Find a more tax-efficient way to invest. It’s our job to help you find those legal strategies to pay less. So call us when you’re ready to put them to work!