Round ’em Up and Shake ’em Down 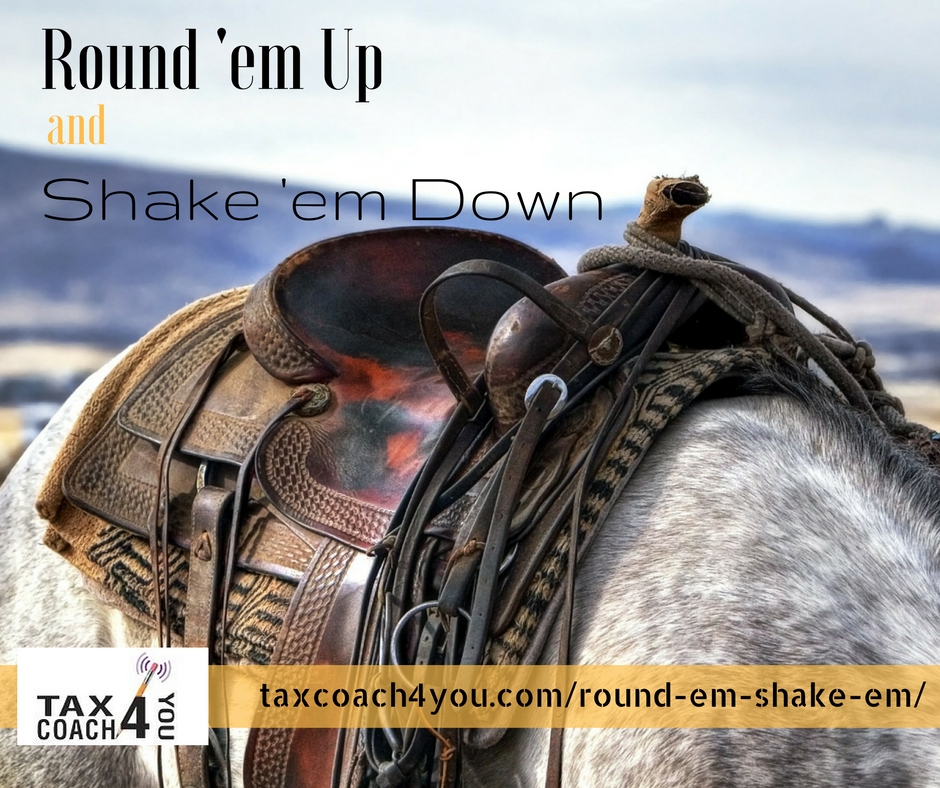 Last month, Hollywood brought back the classic western with a remake of The Magnificent Seven. It’s a tale as old as the West itself. An evil land baron terrorizes a town to satisfy his insatiable greed . . . and a ragtag squad of outlaws rides in to the rescue. tax evasion

You might be surprised to learn that the IRS has its own elite posse, too. They ride into battle wearing wool suits and skirts instead of leather chaps, brandishing subpoenas instead of six-shooters. They’re the brave men and women of the Global High Wealth Industry Group. tax evasion

The “Wealth Squad,” as they’re known, is dedicated to battling tax evasion in the face of two growing trends, the rich getting richer and taxes getting more complicated. The IRS has always dedicated its most capable auditors to its most complicated cases. But those auditors tend to work in their own little bubbles — partnerships, corporations, estates, etc.

The Wealth Squad is a horse of a different color — an interdisciplinary group dedicated to “enterprise cases,” where they look at taxpayers plus the businesses, trusts, foundations, and other entities they control. One accountant quoted in Bloomberg magazine described them like this: “highly capable, experienced examination specialists, which include technical advisers to provide industry or issue-specialized tax expertise, specialists regarding flow-through entities (such as trusts, partnerships, LLCs), international examiners, economists to identify economic trends within returns, valuation experts and others.”

Got a private jet? How about a private foundation? The Wealth Squad is especially interested in those.

How does the Wealth Squad do it? With a deceptively powerful weapon: the Information Document Request, or IDR. Those requests start with your business and personal returns for the year in question, and get more intrusive from there. Imagine finding yourself on the business end of this summons: tax evasion

“Provide complete copies of all financial statements and method of accounting used to compile them, net worth computations, or other financial data probative of your assets, liabilities, net worth, income and losses, and cash flows from all sources, within and without the United States, including all underlying documents and any exhibits associated therewith, and if not apparent, please identify the preparer of such documents.”

Yikes. Someone’s going to bill a lot of hours complying with that request!

How much money are we really talking here? For the 2013 tax year, the IRS audited 1.5% of all tax returns reporting income from $200,000-399,999, and dug up $605 in additional tax for every hour they worked. That sounds like a pretty solid return on investment, until you look at what those auditors do with the “one-percenters” making real money. That same year, the IRS examined 12.1% of the returns boasting income of $5 million or more, and brought in a much-more-gratifying $4,545 for every hour invested.

If there’s any good news here, it’s that unless you’re a billionaire, you’re probably not going to find yourself in the Wealth Squad’s crosshairs. But that doesn’t mean you don’t deserve the same sort of proactive planning as their targets take for granted. So let us be your heroes on horseback who help you pay less! tax evasion

← How to Manage Your Taxes Will It Blend or Deduct? →