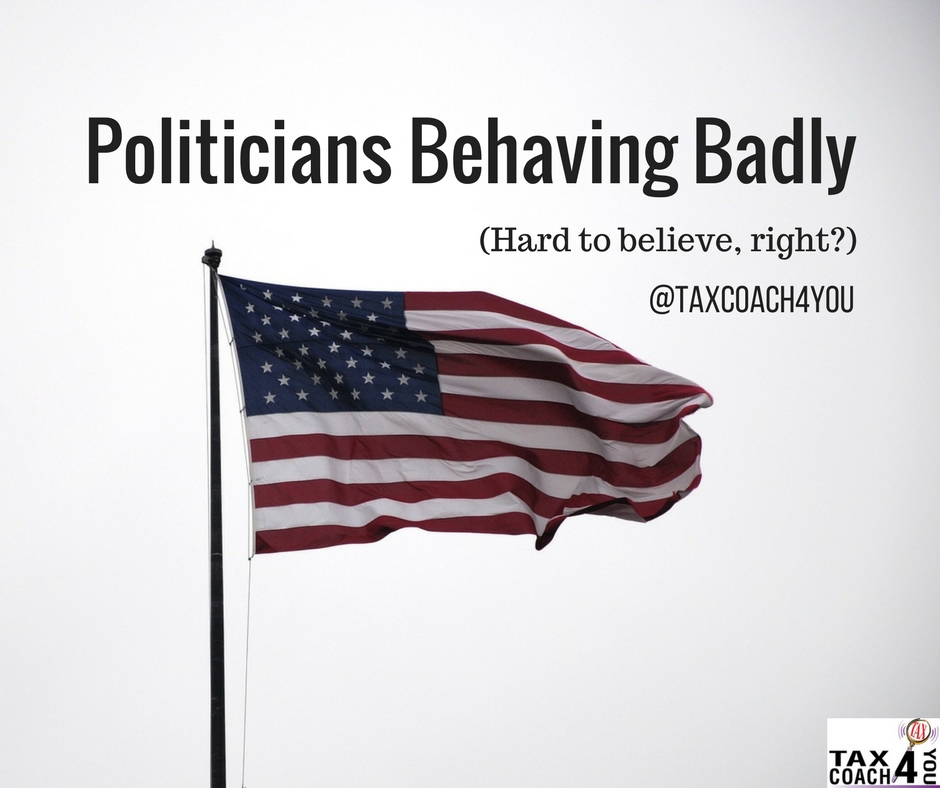 Most public servants are as honest and dedicated as we could want them to be. But some find ways to use their positions for more “entrepreneurial” pursuits. That’s why the CI unit pursues public officials for offenses like bribery, extortion, embezzlement, and money laundering, too, not just tax fraud. Here are three stories of politicians who really should have known better:

If there’s any silver lining to these stories, it may be this. We live in an era of unprecedented partisanship, with Democrats and Republicans lobbing “fake news” across the aisle and ducking compromise like a zombie ducks sunlight. It’s good to know that even in today’s toxic environment, our officials can find at least one thing to agree on. It’s just too bad that one thing is graft!

We know you don’t like paying taxes. But you don’t have to break the rules to get ahead like these guys tried. Just call us, and we’ll help you investigate opportunities that don’t risk time in a small gray room. And remember, we’re here for your bagmen and accomplices family, friends and colleagues too!

← It's All About The Questions The Money Answers Podcast Show →