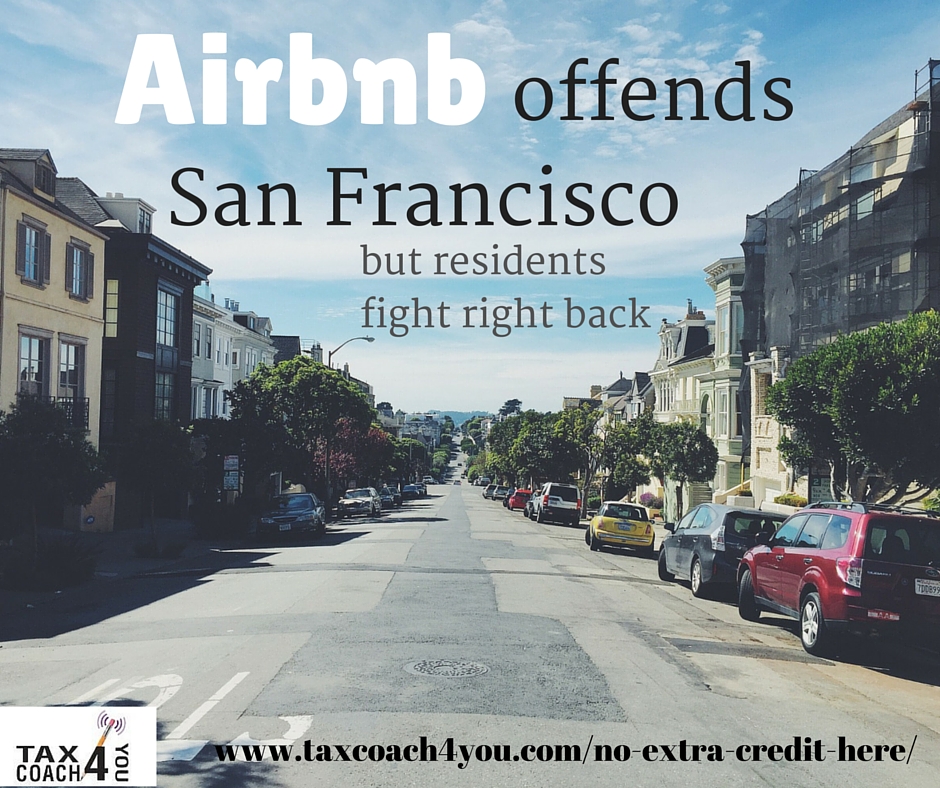 Paying your taxes is one of those responsibilities that most of us accept when the time comes. Sure, we grumble about it. But we pay, then get on with the day. We don’t expect to get brownie points just for doing our duty. In fact, if you give yourself too much credit for doing it, you might get yourself in trouble, as one tone-deaf tech company recently found out.

Airbnb (shortened from “AirBed & Breakfast”) is an online marketplace for short-term rentals that lets people list and find acommodations across the world. Are you visiting the company’s hometown of San Francisco and don’t feel like checking into a hotel? Check out www.airbnb.com, where you can find everything from a spare guest room in someone’s house to a fully furnished three-bedroom condo overlooking the Golden Gate Bridge. The concept has definitely caught on — the company currently offers over 1,500,000 listings in 34,000 cities and 190 countries, and boasts a $25.5 billion valuation.

However, many of the temporary innkeepers who list their homes on the site don’t know they should be paying local hotel or occupancy taxes, which typically range from 5-15%. Airbnb has stepped in to help their users comply with these rules, reaching agreements with cities including Portland, San Jose, Chicago, and even Amsterdam to collect the taxes and pay them over to the right places.

In San Francisco, the company collects and then pays pays about a million dollars a month in tax. But city residents are about to vote on a ballot initiative that would limit short-term rentals to 75 nights per year. At a time when rents in the city have shot insanely high (the average studio apartment rents for over $2,800 per month), the goal of the initiative is to discourage landlords from reserving properties for tourists, which limits the housing stock and puts even more upward pressure on rents. Airbnb has committed $8 million to defeat the initiative, which is more than all 14 mayoral candidates together spent in the last election.

But here’s where Airbnb took things a little far. Last week, the company irritated the City by the Bay with a snarky series of ads on billboards and city bus kiosks. “Dear Public Library System,” read one. “We hope you use some of the $12 million in hotel taxes to keep the library open later. Love, Airbnb.” Others urged the city to build more bike lanes, plant more trees, put escalators up the hills, keep parks clean, and keep art in schools. The company also told tax collectors not to spend the $12 million all in one place (unless they spend it on burritos).

Good stuff, right? Well, maybe not so much. One resident crunched the numbers on the library ad and calculated the hotel tax might contribute as much as 78 cents per employee per day — hardly enough to keep the libraries open longer! Others commented that the ads were good at going viral, but not much else. Airbnb has already admitted the ads took the wrong tone, apologized to anyone they might have offended, and pledged to take the ads down.

So here’s the moral of the story. You don’t get brownie points for paying your taxes — so why pay more than you have to? Companies like Airbnb spend millions on plans to keep their tax burden as low as possible. But you can do the same thing for a far smaller investment — and with December 31 fast approaching, now is the time of year to plan. So call us, and see how much extra you might save!