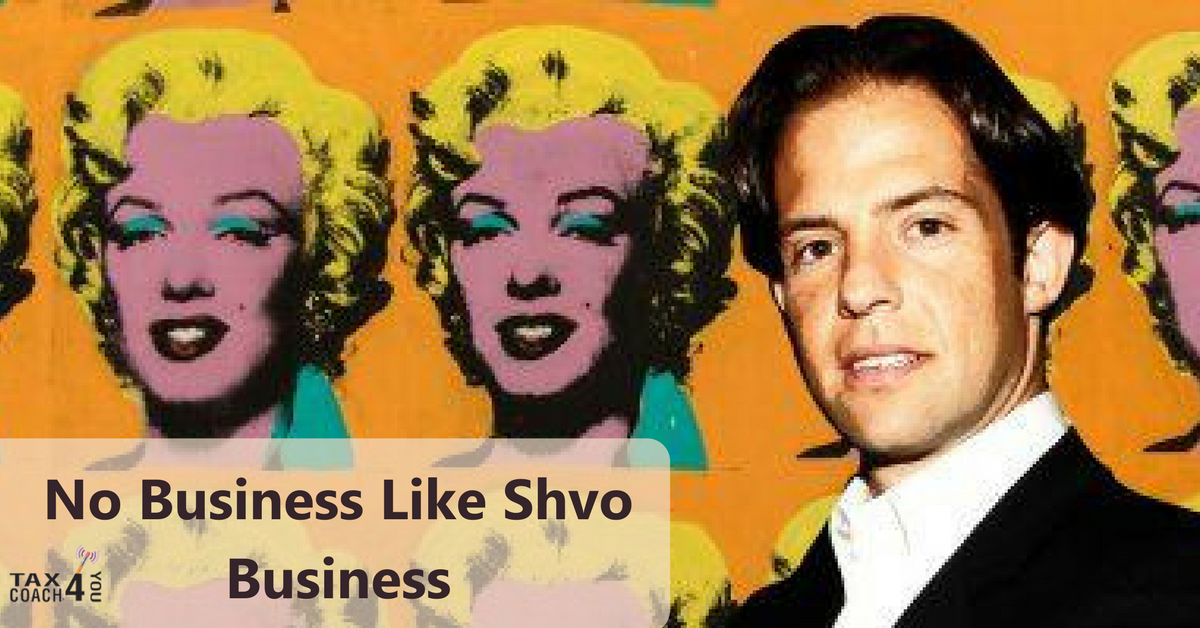 He Dodged More than $1 Million in Taxes 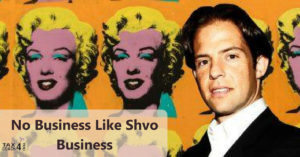 The lights of Broadway have long shone bright as the show business capital of the United States. (Hollywood may have the movies, but it’s just not the same. And Vegas? Puh-leaze.) New York theatres attract millions of visitors and billions of dollars every year. Naturally, sharp New Yorkers have co-opted show business tactics to promote all sorts of unrelated businesses. So now, we have fashion-as-theatre, restaurants-as-theatre, and even real-estate-as-theatre.

Michael Shvo may be the most theatrical real estate guy of all. He started out as a brash Manhattan broker, squiring buyers in a chauffeur-driven limo and trademarking the slogan, “Let’s Shvo.” He enlisted celebrity designers like Giorgio Armani and musicians like John Legend to help sell showy condos to showy buyers. Now he’s reinvented himself as a developer, with current projects designed to make everyone else’s projects look like college dormitories, or maybe Soviet-bloc worker collectives.

Shvo is also a noted art collector who favors paintings by Andy Warhol and sculptures by Francoise-Xavier and Claude Lalanne. He paid $14 million to combine two 68th floor condos overlooking Central Park, then stuffed the resulting 4100 square feet full of treasures. (The living room rug is beaver fur.) He dropped another $6 million on an all-white Hamptons house to stuff with more treasures that wouldn’t fit in the Manhattan pad. And he’s currently developing a 50-acre private island resort in the Bahamas.

So we know that Shvo likes buying showy stuff. It turns out, though, that he doesn’t like paying tax on it. Back in 2016, Manhattan District Attorney Cyrus Vance, Jr. indicted Shvo on 28 counts of criminal sales tax fraud. And on April 26, he plead guilty to two of those counts. “Michael Shvo’s brand of tax evasion was an art form unto itself,” said Vance. “Through ornate ruses — like creating a sham Montana corporation to avoid taxes on a Ferrari — the defendant dodged more than a million dollars in state and local taxes.”

Shvo’s favorite ornate ruse involved a Cayman Islands company called Shvo Art, Ltd. He told the galleries and auctioneers who sold him art, furniture, and jewelry that he was shipping his purchases to the Caymans, where there would be no tax. Instead, he sent them instead to his Fifth Avenue office or one of his homes.

As for the Ferrari — a 458 Spider that stickers at $230,000 — Shvo set up a Montana LLC to buy it and register it. But he actually drove it in New York, which made it subject to the Empire State’s use tax. (Montana has no sales tax and lets LLCs register vehicles, which makes the “Montana license plate scam” a favorite for high-end vehicle buyers. Of course, the rest of the states generally fail to see the humor in that move — California even has a special website for ratting out vehicles with out-of-state plates.)

The guilty plea calls for Shvo to pay $3.5 million in taxes, penalties, and interest. But something tells us he’s not particularly worried about his sentencing, scheduled for June 7. After copping his plea, Shvo and his wife, a Turkish actress and model known for her vast collection of one-of-a-kind Barbie dolls (including one dressed by designer Christian Louboutin), left court in a $400,000 Rolls-Royce.

We tell quite a few stories here about celebrities who don’t seem to understand the difference between a “tax plan” and a “felony.” Sadly, the moral is always the same: you don’t have to cheat to pay less. You just have to call us. So what are you waiting for? The curtain is ready to rise on real savings!