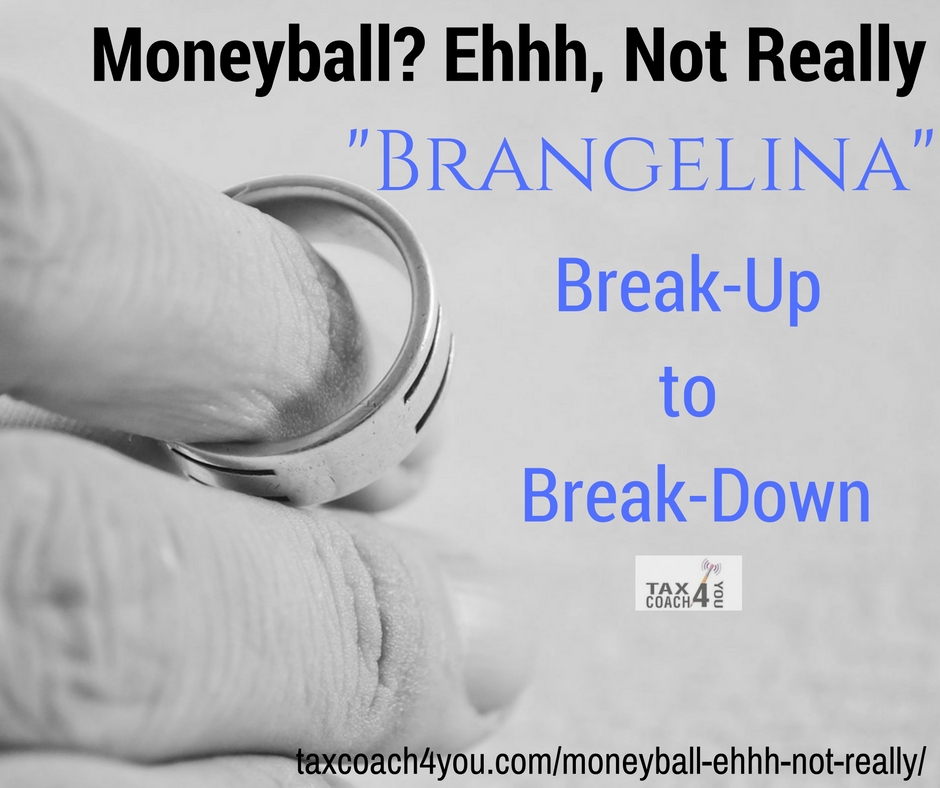 America is a nation divided. Cat people vs. dog people. Trump people vs. Clinton people. And last week, we discovered a new gulf to bridge: “Brad” people and “Angelina” people. That’s right, Brad Pitt and Angelina Jolie are filing for divorce after two years of wedded non-bliss. Will the “Brangelina” breakup turn into a fight club? Will it drag out, or will she be gone in 60 seconds?

Whose side are you on? How much do you care about the biggest celebrity divorce of 2016? Will you breathlessly wait for the next issues of your favorite supermarket tabloid, follow #brangelina on Twitter, and pass along rumors of infidelity, drug use, and child abuse? Or will you turn your nose up at the whole celebrity gossip machine and get on with your ownlife, thankyouverymuch?

Odds are good that our friends at the IRS will fall into that second group that just doesn’t care. It’s not that there aren’t oceans of money at stake — it’s just that the divorce isn’t likely to change how much of it falls into IRS hands. Let’s take a closer look:

We talk a lot here about the importance of planning. When it comes to divorce, it’s almost inconceivable that Brangelina, with three previous divorces between them, didn’t have a plan for it — also called a prenuptial agreement. Now, prenups are an asset protection tool, not a tax-planning tool. But it’s equally inconceivable that a couple earning $555 million between them doesn’t also have a plan to beat the IRS. So, while we can’t get your picture on the cover of People magazine, we can help you with that same sort of protection. So call us!

← Do They or Don't They? How to Manage Your Taxes →