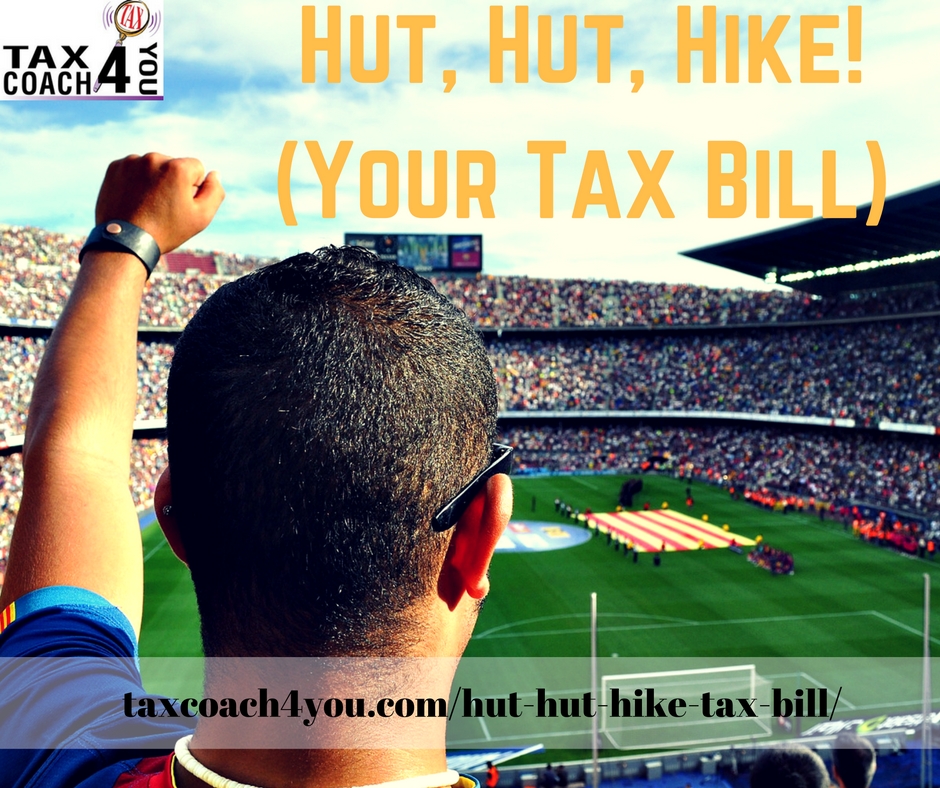 The 2016 NFL season is in full swing, and fans are spending billions of dollars to show their loyalty to their teams. The average ticket costs $92.98. The average beer runs $7.38. Even parking can cost as much as $75 to see the Cowboys at AT&T Stadium. And fans spend billions more on licensed hats, jerseys, jackets, and other apparel. Tax Bill

But teams don’t always return that loyalty. In recent years, the Cleveland Browns became the Baltimore Ravens, the Houston Oilers became the Tennessee Titans, and the St. Louis Rams, who had previously been the Los Angeles Rams, scampered back to LA. In most cases, teams make lateral moves to new hometowns to find better stadium deals. These days, a 10-year-old stadium is about as exciting as a quarterback with a torn hamstring.Tax Bill

Now the Oakland Raiders — who started out in Oakland before moving to Los Angeles before moving back to Oakland — are hoping to move again, this time to Las Vegas. Once again, a new stadium is the big incentive. So let’s take a look at the role taxes will play in the move. Tax Bill

A top-notch quarterback can cost north of $20 million per year. But a top-notch stadium costs closer to two billion. That’s a lot for an NFL owner to swallow, even with the average team worth $2.43 billion. So it’s customary for owners to approach their civic hosts with tin cups outstretched, looking for help to foot the bill. And taxpayers are usually happy to help — over the last 20 years, state and local governments have ponied up nearly half the cost of building or renovating stadiums for the league’s 32 teams. Tax Bill

Here’s what’s happening in Vegas. Raiders owner Mark Davis says he’s willing to throw $500 million towards a proposed $1.9 billion, 65,000-seat domed stadium. Casino owner Sheldon Adelson is willing to to hand off $650 million more. Nevada Governor Brian Sandoval has signed a bill hiking hotel taxes by 0.88% to cover the remaining $750 million. The plan also involves accelerating $899 million in transportation improvements already on the drawing board. Will all that spending turn out to be a smart bet?

At least the Las Vegas plan involves tackling visitors for the tax money. (Hotel taxes are especially popular sources for stadium revenue.) But sometimes public financing leads to a complete fumble. St. Louis dropped $259 million on the Edward Jones Dome to lure the Rams from LA, financing it with 30-year bonds. The team stayed for 21 years before sacking St. Louis to return to California. Now St. Louis taxpayers are stuck paying $12 million per year for a football stadium with no football team in it. It’s going to take a lot of tractor pulls to cover that bill.

Team owners and their lobbyists argue that shiny new stadiums pay for themselves in the form of jobs, spending, and sales taxes. But study after study shows that’s rarely true. Ultimately, it comes down to supply and demand. There are only 32 teams in the league, but there are far more cities that want one. Politicians can promise until they’re blue in the face that they won’t raise taxes. But what elected official wants to face his voters after letting a greedy owner strip their team from their town?

We realize that your game plan probably doesn’t involve paying more tax to finance a stadium. In fact, it probably involves paying less. That’s where we come in. So hand us the ball and let us take it up the field for you. We’re confident you’ll cheer for the savings. And remember, we’re here for all your teammates, too!