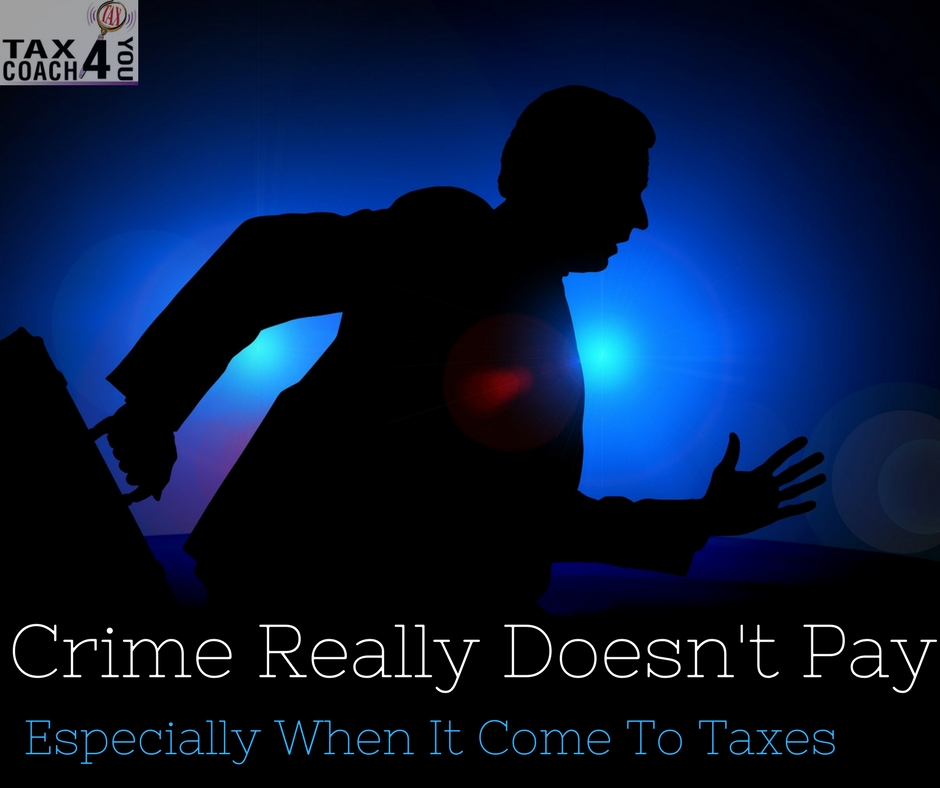 The IRS publishes hundreds of reports every year, covering all sorts of topics. You’ll find routine statistical summaries, like the always-popular “Number of Individual Income Tax Returns, Income, Exemptions and Deductions, Tax, and Average Tax.” You’ll find page-turners worthy of a Tom Clancy thriller, like last summer’s “Actions Can Be Taken to Better Address Potential Noncompliance for Roth Individual Retirement Arrangement Conversions.” But the most entertaining report of all is the Criminal Investigations unit’s annual business report summarizing their work for the previous year. Happy

On November 29, CI released their annual report for FY 2015. As is typical in government, budget cuts colored the story — the unit hired just 45 investigators over the last three years, and attrition has reduced staffing to its lowest levels since the 1970s. And, as usual, you’ve got to be a really bad guy to find yourself in CI’s crosshairs. For 2015, the unit initiated just 3,835 investigations, down from 4,297 in 2014. But if CI does take you on, they’ve usually got you dead to rights: the unit won 93.2% of the cases they prosecuted.

Dig behind the dry statistics, though, to read about the actual offenders that CI targets, and you’ll find one sorry smorgasbord of human greed, frailty, arrogance, and downright stupidity. Here are three of the more entertaining stories: Happy

Crime really doesn’t pay — especially when it comes to taxes! Fortunately, there’s no reason to learn that lesson the hard way! We can help you help manage your taxes the right way, with a comprehensive menu of court-tested, IRS-approved strategies and tactics. We’re committed to helping you pay less, no matter what the New Year brings!