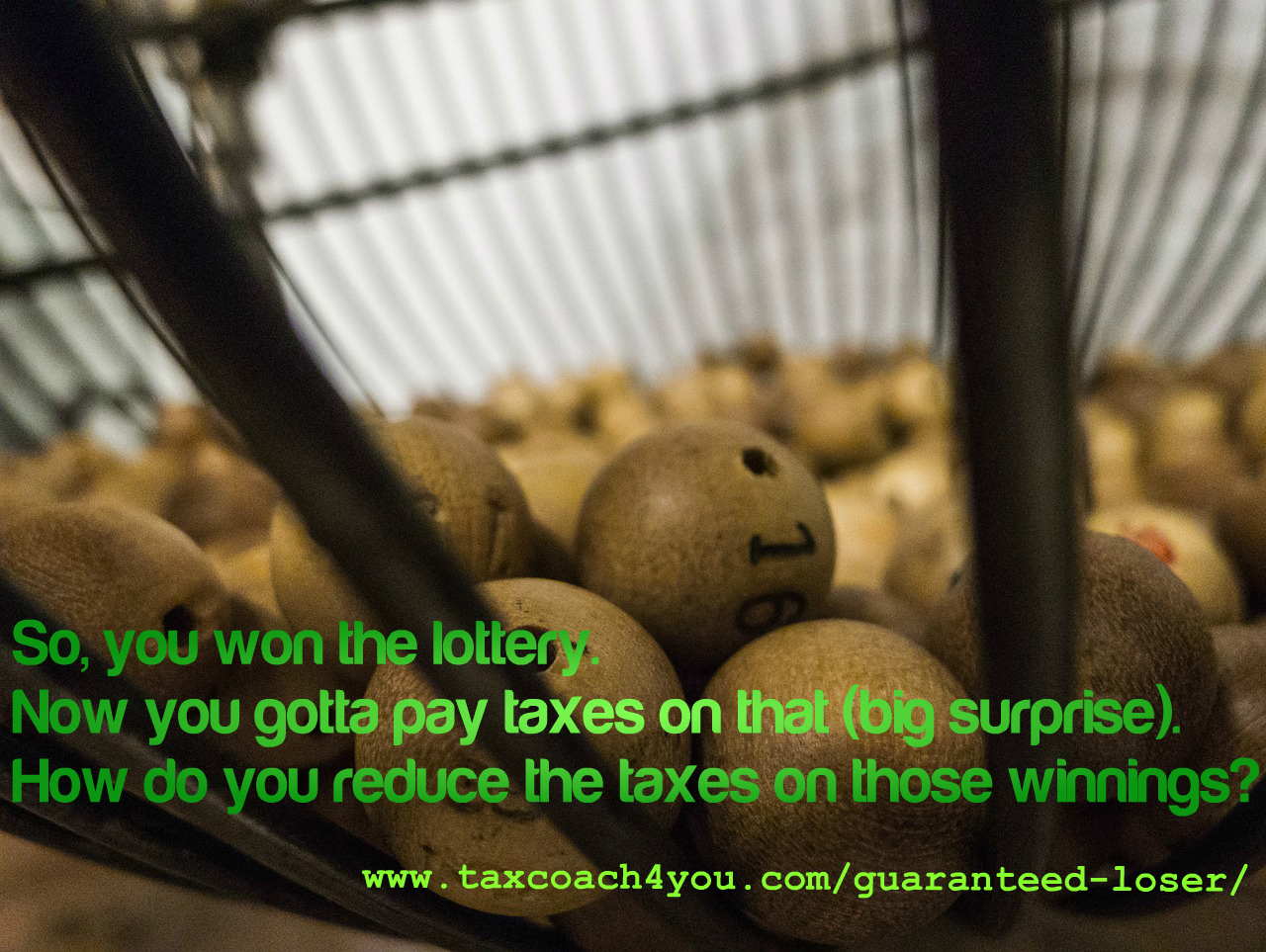 You’ve bought a lottery ticket or two in your time, right? The Powerball jackpot hits a kajillion dollars, and you realize you really can’t win if you don’t play. So you buy a ticket or two just to nurse that fantasy of champagne wishes and caviar dreams. Forget the reality that most lottery players never win, and even the ones who do make headlines usually seem to go bankrupt faster than a professional footballer who tears his ACL two games into his rookie season.

Most people who buy lottery tickets really do want to win. In fact, a 2006 study revealed that 21% of Americans believe playing the lottery was their best bet for financing retirement! (Really? That’s not the same thing as counting on the lottery to retire, but it still doesn’t say much about our financial planning smarts.) But would you believe there’s a small group of Americans who pay top dollar for losing tickets? Why on earth would anyone ever do that? The answer, not surprisingly, lies in that financial cancer that we lovingly refer to as the Internal Revenue Code.

Start with the premise that gambling winnings are taxable income. That makes perfect sense, of course; the IRS doesn’t really care how you make your living as long as they get their share. (Even illegal income is taxable — remember who finally nailed Al Capone?) And that stinks. Sure, winning a hundred million sounds like a lot, but you’re lucky to be left with half of that after you take care of your Uncle Sam and all the rest of those greedy relatives who show up with their hands out as soon as they hear you’ve won.

The good news is, you can deduct your gambling losses from gambling winnings before the IRS takes their cut. You don’t even have to net out your totals by contest — you can deduct casino losses against lottery wins, and vice versa. But deducting gambling losses creates its own problem. The lottery commission, casinos, and racetracks where you do your best “work” are happy to send the IRS a Form W2-G reporting your wins. So how do you show an auditor how much you lost?

That’s where the losing lottery tickets come in. Just hop onto a website like Craigslist or Ebay, and look for folks with losing tickets to buy or rent! The sellers might try to disguise them as “memorabilia.” But just between us, we know what they’re really for. The Daily Beast even found one bold seller getting rid of $1,100 in losing tickets, for the bargain price of $500, “so ya don’t look like a xxxxx 🙂 come tax time”!

Wanna know what sort of financial genius cooked up such a great scheme? He was an accountant named Henry Daneault, and he used to work for the IRS! In 1985, his client Phillip Cappella won $2.7 million, paid out over 20 years, in the Massachusetts Megabucks. When tax time rolled around, Daneault and his client made up $65,000 in gambling losses to erase $20,000 in tax. Then his old employer the IRS came sniffing around. Uh oh, what now? He paid $500 to rent $200,000 worth of losing tickets for a month. It might have been a great idea if it had worked. Sadly, it did not, and Daneault and his client both wound up pleading guilty to fraud and serving time in jail.

So now you know how to be a guaranteed loser. Want to know how to guarantee a win? Call us for a plan to pay less tax, the right way. Our strategies are all court-tested and IRS-approved. You won’t have to win the lottery — you’ll just feel like you did!