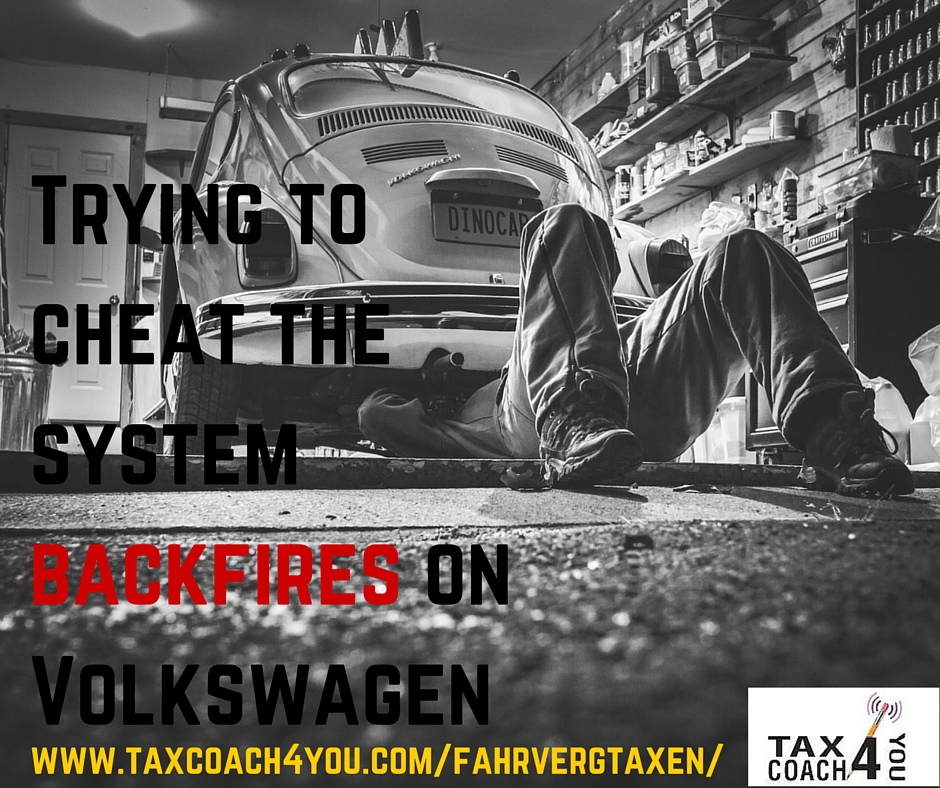 Every once in awhile, some knucklehead in a position of power at one of the world’s biggest businesses does something so incredibly stupid, you wonder how they can remember to put their shoes on before they head to work in the morning. Bernie Madoff did it for decades by running a classic Ponzi scheme out of his New York office. The folks who ran Enron did it for years when they lied about their earnings. And right now in West Virginia, the former CEO of Massey Energy is on trial for covering up safety violations that led to the deaths of 29 coal miners. Stupid, stupid, stupid.

Volkswagen became the latest corporate villain when they came clean about selling 11 million cars with a secret feature they didn’t advertise on the window sticker. Along with leather-trimmed seats, German-engineered sport suspensions, and fancy navigation systems, buyers who chose a “Type EA 189” diesel engine also took delivery of a “defeat device,” buried deep in the car’s software, designed explicitly to cheat emissions tests. Researchers from the International Council on Clean Transportation discovered that the cars were emitting up to 40 times more nitrogen oxide than allowed.

Naturally, environmental regulators are up in arms. VW’s CEO has resigned, the company’s stock has tanked, and the carmaker is looking at up to $18 billion in fines in the United States alone. But the devices apparently did more than just cheat pollution monitors. It looks like they also cheated the IRS. Uh oh.

Here’s how it worked. The Energy Policy Act of 2005 gave taxpayers credits for buying certain alternative fuel vehicles, including lean-burn vehicles running on diesel fuel. Manufacturers have to swear on a stack of bibles that their cars meet the standards to earn the credits, which naturally make them more attractive to buyers. For 2009, VW pinky-swore that their Jetta 2.0L TDI sedan and Jetta 2.0L TDI SportWagen models qualified for a $1,300 credit. 39,500 people bought those cars, making the total tax fraud $51 million.

On October 6, Senate Finance Committee Chair Orrin Hatch and Ranking Member Ron Wyden sent VW a letter posing a blunt question: “Did Volkswagen make false or misleading assertions in any of the materials submitted to, or communications made to, the U.S. government regarding eligibility of Volkswagen vehicles for the lean-burn technology motor vehicle credit?” They letter also requested any marketing material alerting buyers to possible tax credits for their cars.

VW has until October 30 to reply. It’s unlikely that buyers will have to repay credits — they didn’t do anything wrong, and VW’s pockets are deeper anyway. Sure, VW will recall as many of the vehicles as they can. (Of course, some of those buyers will prefer the performance they get from the dishonest engines.) So the tax offense will probably get rolled up in whatever settlement VW winds up negotiating with the government. The company has put aside $7 billion to handle the fallout. Sure hope that’s enough!

You’d like to think the boneheads who decided to cheat the emissions tests at least worried about the civil and criminal risks they were taking. But smart money would bet they didn’t consider the tax consequences, either. While that wasn’t their biggest mistake, it’s still likely to push the ultimate cost of the scandal even higher. That’s why it’s so important to have a plan that helps you anticipate the tax costs of everything you do. So call us for your plan and avoid running off the road!