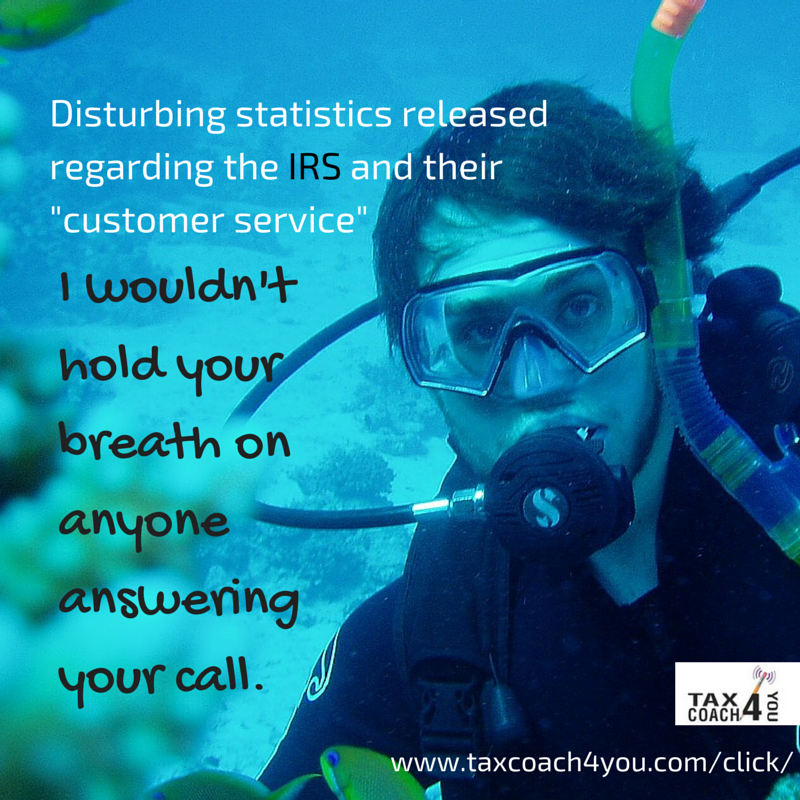 Nina Olson is the most important person you’ve never heard of at the IRS. She’s the “National Taxpayer Advocate,” and she heads up an organization created to cut through the red tape when the Service can’t get the job done itself. If you’re stuck between cogs in the IRS machine, Olson and her staff of 1,400 Case Advocates are poised to pull you out. She’s like the Lorax, except she speaks for the taxpayer instead of the trees.

Last week, Olson released her mid-year report to Congress. It’s hundreds of pages long, full of dense bureaucratese and government jargon, all leading to one inescapable (and rhyming) conclusion: the IRS is a mess. Olson likened the situation to Charles Dickens’ Tale of Two Cities. “For the majority of taxpayers who filed their returns and did not need IRS assistance,” she writes, “the filing season was generally successful. For the segment of taxpayers who required help from the IRS, the filing season was by far the worst in memory.”

Take a look at some of the “customer service” statistics Olson revealed, and you’ll see why we put the term “customer service” in quotes:
•The IRS answered just 37% of the phone calls taxpayers made to customer service representatives, with an average hold time of more than half an hour. That’s down from 71% for the 2014 filing season.
•Olson’s own unit did barely better, answering just 39% of calls made to the National Taxpayer Advocate Toll-Free Hotline. (Hint: a toll-free number won’t save taxpayers much money — and really, it isn’t much of a “hotline” — if nobody answers the phone!)
•Tax professionals have always been able to “cut the line” by calling the Practitioner Priority Service line. Surely they get better service, right? Not so much. The IRS answered just 45% of those calls, with an average hold time of 3/4 of an hour.

Where do all those unanswered calls go? Here’s a clue: the number of “courtesy disconnects” jumped from 544,000 last year to 8.8 million this year. “Courtesy disconnect” is the ironic term the IRS uses when the phone lines get so jammed there’s no hope you’ll ever reach an actual human being anyway — so the system just says “peace out” and hangs up on you.

Why are things so miserable? The problem, of course, is money. The IRS budget is down 17% (adjusted for inflation) from 2010. Yet even as Congress has gleefully slashed funding for everyone’s least-favorite agency, they’ve stuck the IRS with the responsibility of riding shotgun over big chunks of both the Affordable Care Act and the new “FATCA” rules designed to sniff out hidden offshore accounts. The end result is a “customer service” experience that makes a trip to the DMV look like a beach vacation.

If you’ve never gotten a dreaded “CP-2000” notice, you might not see the connection between IRS “service” and what we do. But here it is, in a nutshell: the sort of tax planning we offer doesn’t just save you money, it helps protect you from IRS bureaucracy to save you time. So make sure you’ve got a plan in place before you file your next return!