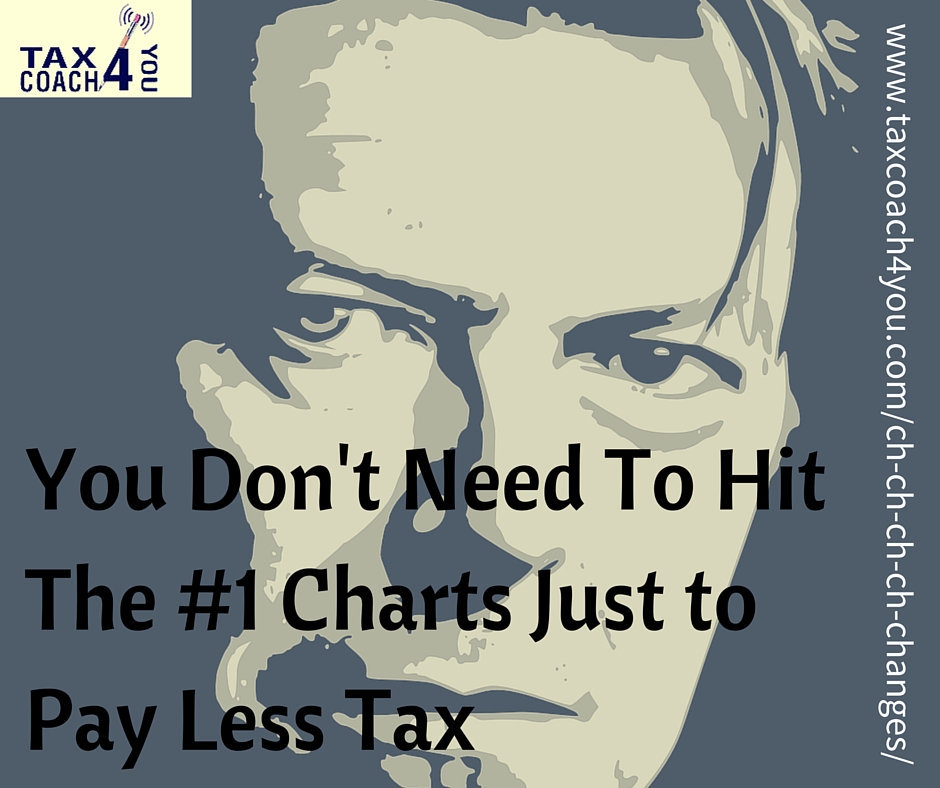 Rock & roll fans lost an icon last month with the death of David Bowie just two days after his 69th birthday. Bowie made a career out of breaking molds, pioneering “glam rock” and reinventing himself constantly along the way. Rolling Stone magazine’s obituary hailed him as “one of the most original and singular voices in rock & roll for nearly five decades,” whose “flair for theatricality won him a legion of fans.” His last album, Blackstar, dropped on his birthday and immediately hit #1 on several Billboard charts.

Rock stars are famous for earning enormous sums of money, and blowing those fortunes on pricey mansions, pricey cars, and pricey entourages. (They’ve even been rumored to dabble in pricey drugs.) But Bowie’s fame made him a man who’ll take things over — he became one of rock’s savviest money managers, and that naturally included proactive steps to beat the tax man.

Bowie’s first wife Angie wrote in her autobiography that in 1979, Bowie was living large in California. But he found himself under pressure from $300,000 tax bill, and it seemed the taste was not so sweet. “These were tax debts accumulated over the past few years,” she recalled, “during which time vast quantities of taxable cash he had generated had vanished into various murky areas.” Strange fascination indeed!

Bowie had several choices. He could stay in sunny California, where combined federal and state rates topped out at 81%. He could head home to England and pay 83%. Instead, he sent Angie to her birthplace in Switzerland and arranged residency in the village of Blonay above Lake Geneva. Sure, it meant spending “significant amounts of time in Switzerland.” But Angie likened it to “work release from a very nice, court-ordered health resort,” with “an almost ludicrously low tax rate of about ten percent.”

In 1992, Bowie opted for a more modern love and married the supermodel Iman, who preferred the glamour of London and New York to the quiet charms of a Swiss village. Would that mean a return to high taxes? Of course not! He bought a 640-acre estate near Dublin in Ireland, which exempts artistic royalties from tax.

Then, in 1997, Bowie released his greatest financial hit: the so-called “Bowie bond.” Bowie needed cash to buy out his former manager. But he didn’t want to sell the rights to any of his songs. Instead, he transferred the copyrights into a special purpose trust which then issued $55 million in bonds secured by the royalties to the songs. By borrowing against those future royalties rather than selling them, he was able to take tax-free cash. Bowie’s deal made him a hero for artists looking to securitize future royalties. It even offers significant estate-tax advantages — an artist’s heirs can pay estate tax on their intellectual property without having to sell it.

How well did Bowie’s moves succeed? Time may have changed Bowie, but in his golden years, he really did become a richer man. This weekend, reports surfaced that he left a $100 million estate, with half going to his wife and half to his children. He also left $2 million to his longtime personal assistant and $1 million to his daughter’s nanny. (We realize that half plus half plus $3 million equals more than the entire estate, but when you’ve sold 140 million (!) records, you can get away with that sort of math.)

Want to put the same smart tax moves to work for yourself? You sell the records and we’ll handle the rest! Seriously, though, you don’t need to hit #1 on the charts to pay less. You just need a plan. So call us when you’re ready to “turn and face the strange”!