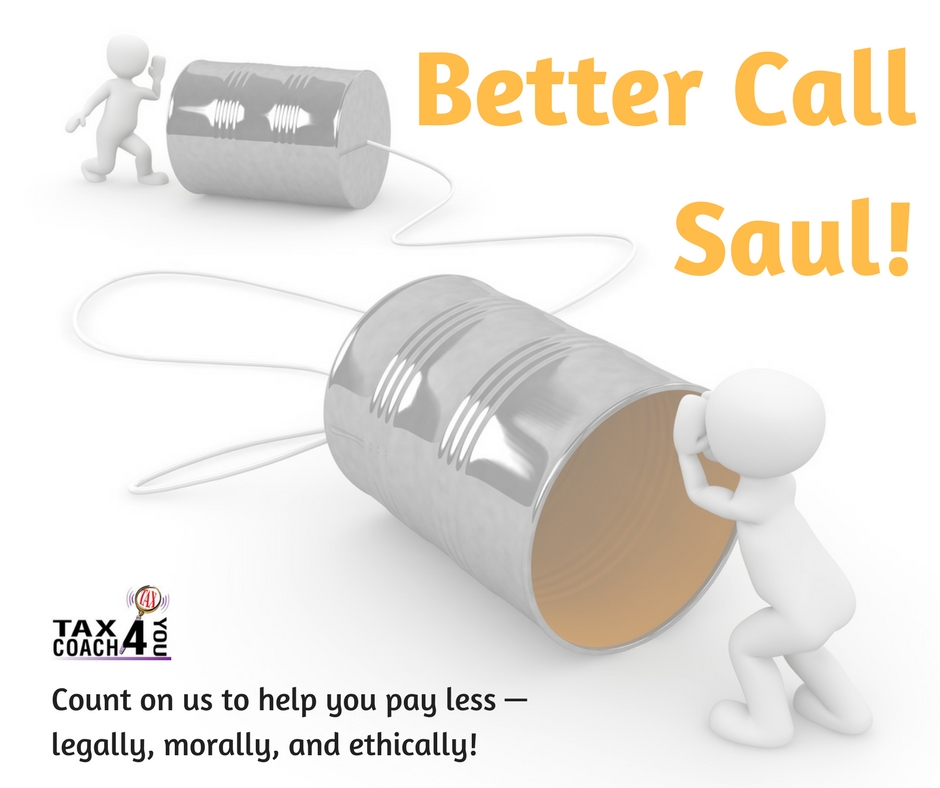 On January 20, 2008, AMC debuted a promising new drama called Breaking Bad. The series chronicled the highs and lows of high-school chemistry teacher Walter White, who was diagnosed with terminal lung cancer and put his knowledge to work opening a meth lab to secure his family’s financial future. Millions of viewers became addicted to White’s exploits as he plunged deeper and deeper into a life of crime, breathlessly watching him juggle relationships with his DEA-agent brother-in-law, arms dealers, cartel soldiers, and crooked strip-mall lawyer Saul Goodman. All fun to watch, sure . . . but there’s a reason the announcer always says, “Kids . . . don’t try this at home.” IRS

Jack Vitayanon is a 41-year-old, Ivy League-educated attorney in the IRS Office of Professional Responsibility, where he investigates crooked accountants, attorneys, and IRS agents. He even taught a class called “Tax Lawyering and Professional Responsibility in Tax Practice” at Georgetown Law School. But apparently he needed to crank out some adventure in his life. And while we may never know if he drew his ambition from AMC’s antihero, it’s crystal clear that he decided to join the methamphetamine trade. IRS

Agents from the Department of Homeland Security say that back in December, they intercepted a FedEx package containing 460 grams of meth at the end of its journey from Arizona to Long Island. (Everyone knows you ship your drugs FedEx instead of regular mail — who needs U.S. Postal Inspectors all up in your grill?) The unlucky recipient did what everyone does when they get busted with a pound of meth — he flipped and agreed to rat out someone further up the supply chain. Unfortunately, that chain included Vitayanon, who had been dealing with the Arizona sender since 2014. IRS

Two weeks later, our new confidential source recorded a video chat with Vitayanon, “who was observed in his Washington DC apartment smoking what appeared to be methamphetamine from a glass pipe.” (C’mon, Jack, you never get high on your own supply!) Vitayanon promised to send a “zip” (one ounce of meth) to the source. A day later, he texted to confirm he was packaging the shipment and helpfully provided a FedEx tracking number for the delivery. (You’d expect that sort of attention to detail from an IRS attorney, wouldn’t you?)

Last month, agents tailed Vitayanon as he shipped two more zips to the same source on Long Island. At that point, he was pretty much cooked, and on February 1 he was arrested. Naturally, the Justice Department dropped a Breaking Bad reference in the press release announcing the bust.

Now the disgraced attorney is looking at spending several years surrounded by fellow Walter White wannabes. Adding insult to injury, he might face another smack for failing to pay tax on his side gig. Remember, the IRS doesn’t care how you make your money. They even tweaked the tax code with a special provision, Section 280E, that prevents drug dealers from writing off their legal business expenses. No deductions for delivery and shipping, business use of the home, or even “cost of goods sold”!

Jack Vitayanon won’t be making much money over the next few years, so taxes will be the least of his worries. Unfortunately, you don’t have that luxury. So count on us to help you pay less — legally, morally, and ethically!