Where Are All the Americans? 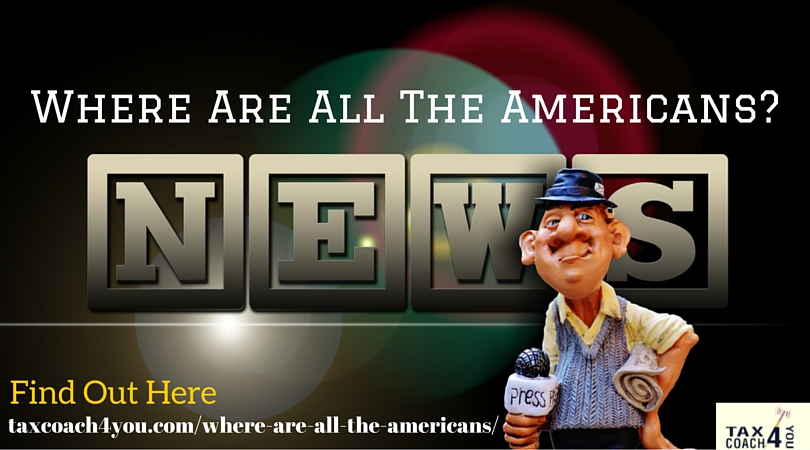 Last Sunday, the International Consortium for Investigative Journalism stunned the world with their release of findings from 11.5 million files leaked from the Panamanian law firm Mossack Fonseca. The “Panama Papers” blow the lid off the firm’s creation of over 214,000 companies, mostly in the British Virgin Islands and similar “sunny places for shady people” where financial miscreants go to hide their loot.

Most of the press has focused on 140 political figures and family members caught with their pants down. Iceland’s Prime Minister Sigmundur Gunnlaugsson has already resigned. British Prime Minister David Cameron has released his tax returns to rebut claims he improperly benefited from his father’s offshore investments. And Russian President Vladimir Putin, whose close cronies have been named, has denounced the leak as a U.S.-led plot to weaken Russia. But there’s one question on everyone’s lips — specifically, where are all the Americans?

It’s not like there aren’t any Americans lurking in the files. Billionaire developer Igor Olenicoff, who paid $52 million to settle tax-evasion charges back in 2007, is there. He says he’s been framed. (Right.) John “Red” Crim, another convicted tax cheat who sold sham trusts to hundreds of marks around the country, is there too. But those are the sorts of people you’d expect to find hiding offshore. Where are the senators, the televangelists, and the Wall Street fat cats you really want to see exposed?

Here’s one possible explanation that House of Cards fans might appreciate. Clifford Gaddy, a former Russian finance ministry advisor, suggests that Putin himself may be behind the leaks. The Russian strongman is popular enough in his own country to withstand exposure, and most critics already assume he and his billionaire henchmen are looting “the Motherland” blind. Gaddy’s hunch is that Putin may be holding back information on Americans to blackmail them. (Is Gaddy really serious? Or is he just trolling the Kremlin?)

But the real reasons are disappointingly less suspicious. The surprising truth is that we Americans don’t get any tax benefits simply by moving our income offshore. That’s because U.S. law taxes us on everything that moves we earn no matter where in the world it moves we earn it. Titling businesses and investments offshore doesn’t save tax unless we just “forget” to report them.

We also don’t have to go offshore to cloak our ownership. We can incorporate anonymously in business-friendly places like Nevada (where Mossack Fonseca kept an office) or Delaware, and stay nearly as far under the radar as if we had sent our money on a Caribbean vacation.

Even when we do go offshore, there’s nothing inherently improper or unlawful about it. For example, Hollywood billionaire David Geffen used a Cayman Islands company to hold title to a $300 million yacht he bought from a Russian billionaire’s ex-wife. Juicy? Sure! Illegal? Sorry, move along . . . nothing to see here.

Here’s all you really need to know. The Panama papers remind us that the global elite really do have ways to hide their money from threats, including taxes. But here in the U.S., you have plenty of legitimate deductions, credits, loopholes, and strategies you can use to accomplish those same goals — without hiding or cheating. All you really need is a plan. So call us for strategies that won’t risk exposure to muckraking reporters and front-page headlines!