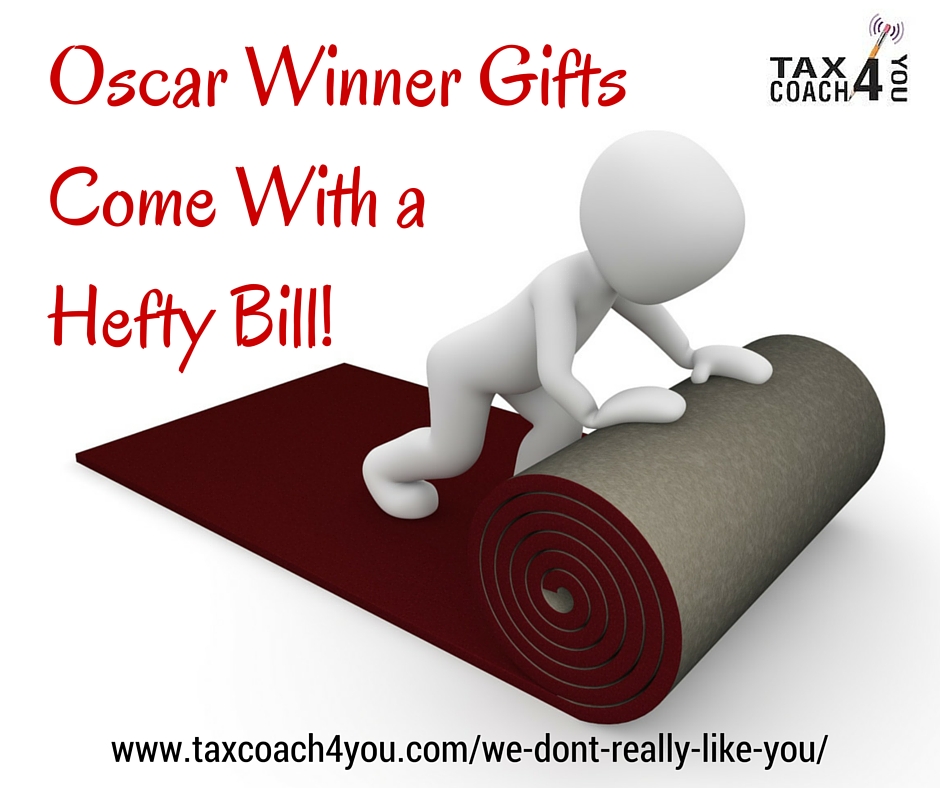 The actress Sally Field has appeared in dozens of television and movie roles since first appearing as “Gidget.” But she’s perhaps best known for a 45-second acceptance speech at the 57th Academy Awards, when she accepted the Oscar for Best Actress and told the audience “you like me . . . you really like me!”

Late last month, that same group of the world’s most narcissistic people gathered to congratulate themselves once again. They heard comedian Chris Rock skewer the Hollywood establishment for their “sorority racism.” They saw the winners take the stage to spread the word on pet political causes. And a select group of presenters and nominees walked out with something extra: a big IRS bill.

Back in the 1970s, the Academy decided to thank actors for participating in the ceremony with a “swag bag” of modest gifts. But over time, that bag has grown as lavish and extravagant as a Beverly Hills mansion. This year’s participants could choose from gifts totaling up to an almost-obscene $230,000. Here’s just part of the haul:
•     A VIP all-access trip to Israel ($55,000)
•     Three nights at the famed Golden Door spa in San Marco, California ($4,800)
•     Three nights at the Grand Hotel Tremezzo just down from George Clooney;s summer home on Italy’s Lake Como($5,000)
•     A plastic surgery package from 740 Park Associates ($5,530)
•     Three sessions with celebrity fitness trainer Jay Cardiello ($1,400)

The bag even included a couple of items that are just too trashy for us to mention here. The haul is so rich that it doesn’t fit into an actual “bag.” Instead, recipients show up at a hotel suite to pick out what they’ll really use, so they don’t wind up paying tax on a lifetime supply of Lizora Pu-Erh Nourishing Cream and Tea Cleansing Bar ($31,200) that they just wind up giving to the maid.

As for the tax bill, back in the old days, when the value of the gifts didn’t exceed the annual income of 99% of the country, they were tax-free! But by 2006, the IRS had had enough. Time to collect some taxes, they decided. But how can they collect taxes on gifts? Well, take a look at how they answer that question in their IRS Gift Bag Q&A press release:
“Q: If these are gifts, why do they have to be treated as income?

A: These gift bags are not gifts for federal income tax purposes because the organizations and merchants who participate in giving the gifts bags do not do so solely out of affection, respect, or similar impulses for the recipients of the gift bags.”

Sorry, Sally Field . . . when it comes to the swag bag, the IRS says the sponsors who “donate” the goodies don’t really like you. (But the hotel in Italy sounds lovely!)

Here’s the lesson for the week. It’s not always obvious what’s income and what’s not, what’s deductible and what’s not. If you really want to keep as much as the law allows, you need a plan to wade through the confusion. So call us for a red-carpet plan of your own!