Valentine’s Day – Did You Know? 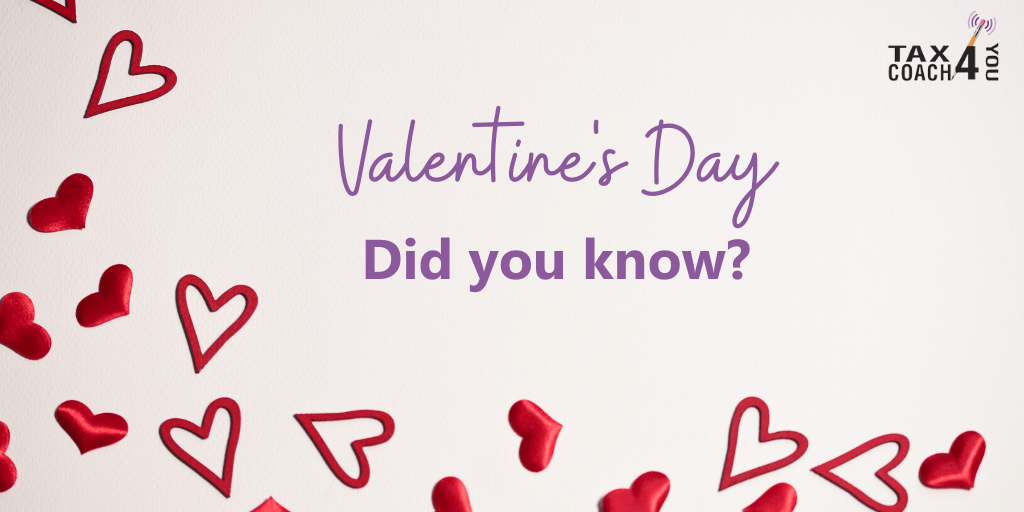 Saints, dogs and cash all play a role

Cupid, candy hearts, flowers and chocolates are common items associated with Valentine’s Day. According to the National Retail Federation, Americans now spend more than $20 billion lavishing gifts on their kids, friends and significant others.

Who decided a day in the middle of February is a time to celebrate love and spend a bunch of money on gifts? The actual story of how Valentine’s Day (and its symbols) got its wings, and how much Americans spend on gifts for Valentine’s Day, might surprise you.

Knowing the history of Valentine’s Day and how the U.S. spends money on gifts for the special day certainly adds some intrigue to the holiday, but recreating the actual events is probably not a great idea. Instead, give your loved ones a hug, a simple treat and have a wonderful Valentine’s Day!

← Where's My Tax Return? Should I Tap into my Retirement Funds? →