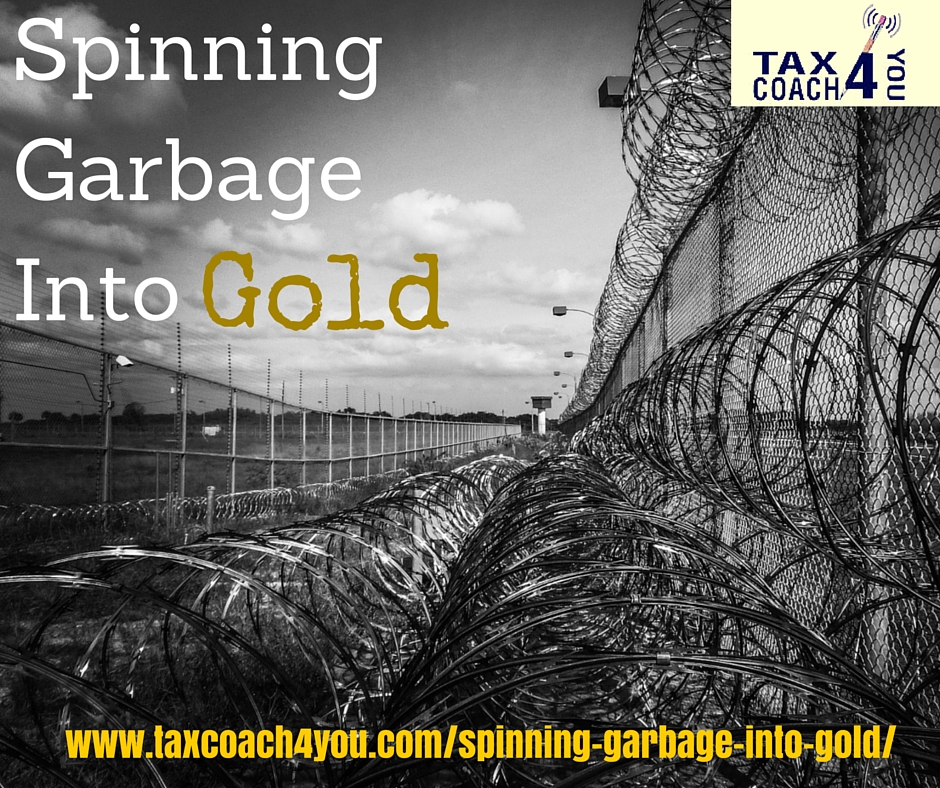 Centuries ago, medieval alchemists used all the technology at their disposal to try to transform base elements like lead into precious substances like gold. Occasionally they even succeeded! Alas, in most cases, transmutations that seemed too good to be true turned out to be just that, and alchemists who tried to pass off their fools’ gold as the real thing could count themselves lucky if jail was all they got.

Today, a new breed of financial alchemists use all the resources at their disposal to turn ordinary financial transactions into tax-advantaged gold. Occasionally they, too, even succeed! But alas, in too many cases, transactions that seem too good to be true also often turn out to be false — or even fraudulent — and our intrepid schemers are glad that the worst they face is jail.

Joseph Furando, of Montvale New Jersey, is a thoroughly nasty piece of work who came up with a can’t-miss business idea. Biodiesel fuel is made from renewable resources like soybean oil and used restaurant grease. It qualifies for two valuable tax credits — a “blender’s tax credit” of $1 per gallon, plus a “renewable identification number” that manufacturers can use to show compliance with federal renewable fuel obligations. It’s not especially glamorous, but the tax credits make it a predictably profitable proposition.

Furando’s lightbulb idea was to take biofuel that had already qualified for those credits in New Jersey, truck it to a different blender in Indiana, then re-certify it to qualify for the credits a second time. Naturally, he dubbed his scheme “alchemy.” And for two years, life was good. Furando sold 35 million gallons of his fraudulent fuel and spun $56 million in profits. He poured that money into a Ferrari and other cars, a million-dollar home, artwork, a piano, and two biodiesel-fueled motorcycles. (He probably had an enviable pinky-ring collection, too.)

Unfortunately for Furando, his scheme attracted the wrong sort of attention, from people like the FBI, the IRS Criminal Investigation unit, and the EPA’s Criminal Investigation Division. (I bet you didn’t know the EPA even has a criminal investigation division.) No need to bore you with the Court TV details — last week, Judge Sarah Evans Barker sentenced Furando to 20 years in the pen and ordered him to pay $56 million in restitution.

And why do we call Furando “a thoroughly nasty piece of work”? For starters, prosecutors claim he threatened to kill anyone who ratted him out. He also has a history of casual violence, like denting a wall with one employee’s head and telling another employee’s mother, “Young guys like your son are found dead in ditches all the time in New Jersey.” When law enforcement officials executed a search warrant on his home, they found 46 firearms, two sets of brass knuckles (because, hey, you can only use two at a time, right?), and three switchblade knives.

Surely Furando must have had a mother who loved him. Surely she must have told him “crime doesn’t pay.” Unfortunately, some of us have to learn our lessons the hard way.

The good news is, you don’t have to be a sociopath to take advantage of valuable tax credits. You just have to know where to look. So call us when you’re ready to make sure you’re not missing out on your fair share of these opportunities!

← Are You Missing Out On Tax Relief? Money For Lunch - With Bert Martinez →