Shell Games on the Big Screen 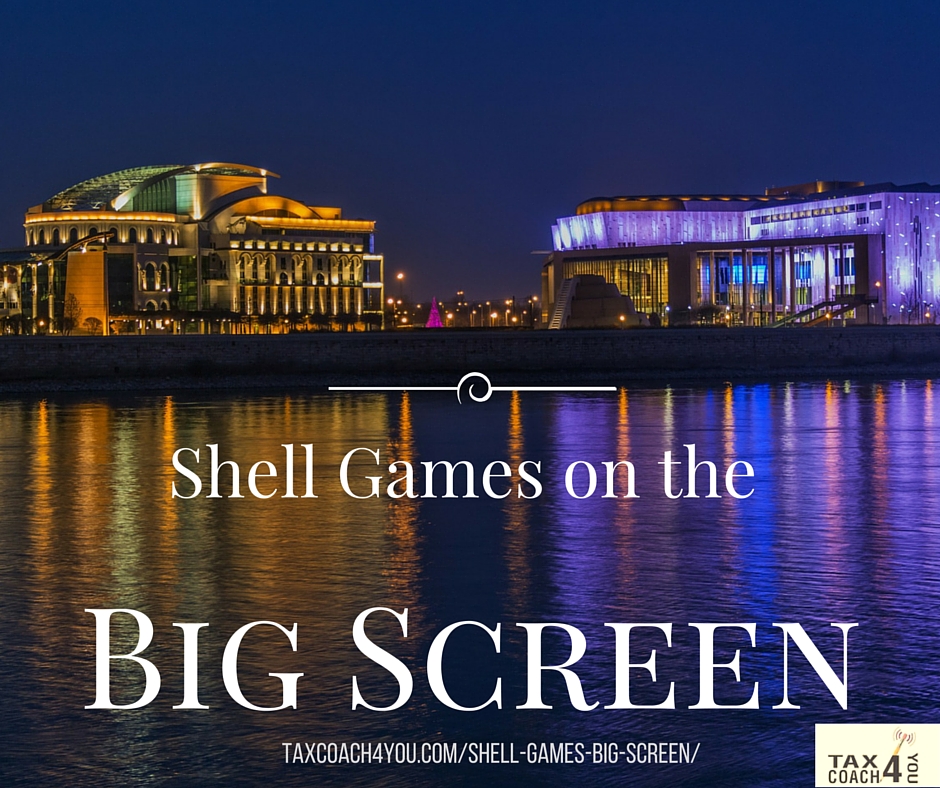 The dog days are here, and multiplexes across America are delighting audiences with the usual summer fare. Down to the left in Theatre Three, a motley crew of undersea chums are busy finding their friend Dory. Across the hall in Theatre Five, Universal Studios has re-imagined the Toy Story premise with pets instead of playthings. Around the corner in Theatre Six, you can watch the earthlings unite once again to defeat the aliens in Independence Day: Resurgence 3D. (Don’t forget your $10 tub of popcorn and your $6 soda!)

Director Steven Soderbergh has shot his share of thrillers, including the Oscar-winning Traffic and the casino-caper series Ocean’s Eleven, Ocean’s Twelve, and Ocean’s Thirteen. Now he’s launched work on a different kind of thriller that the critics at the IRS will be sure to applaud: an as-yet unnamed project based on (you guessed it) the pulse-pounding Panama Papers.

Need a quick refresher? Back in April, the International Consortium for Investigative Journalism released bombshell results from a year spent combing through 11.5 million documents leaked from the Panamanian law firm of Mossack Fonseca. The papers revealed the owners of 214,000 mostly-secret shell companies. Mossack Fonseca’s clients included the king of Saudi Arabia, the presidents of Argentina and Ukraine, and the former prime ministers of Georgia, Iraq, Jordan, Qatar, and (again) Ukraine.

There’s nothing inherently illegal about using offshore entities. Investors often find it easier to own assets outside their own countries through shell companies, and there are legitimate tax advantages as well. But not everyone unmasked by the leak appears to have been operating entirely aboveboard. The prime minister of Iceland resigned after his citizens learned that he and his wife secretly owned millions of dollars worth of Icelandic bank bonds while he was in charge of negotiating their bailout. (Oops.) And it’s hard to believe that Mallory Chacón Rossell, an “alleged” money launderer tied to Mexican druglord Joaquín “El Chapo” Guzmán, was using her offshore entity to hold, say, bank CDs.

Soderbergh previously turned the price-fixing scandal at Archer Daniels Midland into a serviceable film called The Informant, and even convinced Matt Damon to star. In this film, he’ll be dramatizing the upcoming book Secrecy World, which recounts the tale of the journalists who broke the story. So we won’t just be watching a bunch of lawyers in tropical-weight pinstripes filing corporate documents with various governments.

Casting hasn’t yet been announced. But there are some stars who may not want to audition. Emma Watson is rumored to have made £24 million for her role as Hermione Granger in the Harry Potter series. But her name turned up in the Papers as beneficiary of a British Virgin Islands company. (No points for Gryffindor!) And martial-arts star Jackie Chan owned at least six BVI companies, including one called Jackie Chan Ltd. (If he really was trying to hide something, he probably should have worked harder on a name.)

We have no idea how much will make from this latest project. But we trust he’s smart enough to realize he doesn’t have to hide it offshore to pay less tax on it. All he really needs is a plan — and we would be happy to provide it! We can do the same thing for you, too. So call us if you want to pay less without winding up in an unwelcome spotlight!