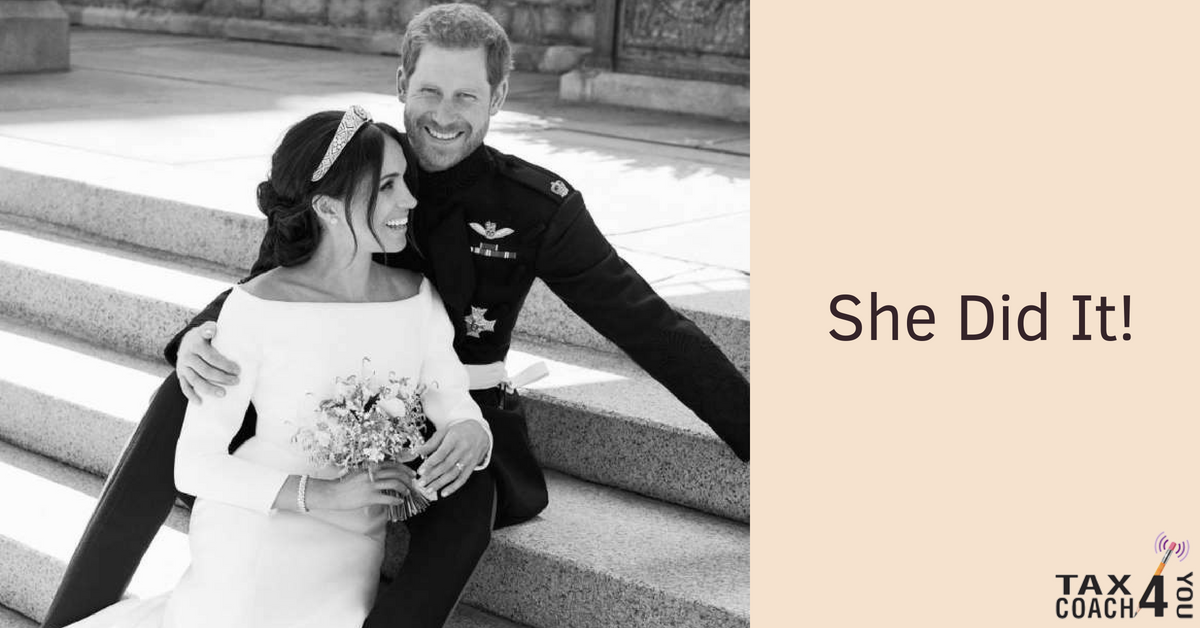 Early on Saturday morning, 29 million Americans woke up to take a break from school shootings, Russian collusion, and partisan gridlock to watch a California woman achieve a rare fantasy. The woman in question watched the sun rise as plain old Meghan Markle. But by the time it had set, she had become Her Royal Highness Meghan, Duchess of Sussex. (When she’s in Scotland, she’s the Countess of Dumbarton. In Ireland, she’s the first Baroness of Kilkeel. What did your grandmother-in-law give you on your wedding day?)

Lots of Americans grow up wanting to become a princess. Some of them spend years acting like it’s already true. (The best of this breed used to wind up embarrassing their families and everyone else they know on MTV’s My Super Sweet Sixteen.) But, throwing aside concepts like social mobility and “intergenerational earnings elasticity,” once an American girl picks her parents, it’s pretty much game over.

Markle will become a British citizen, which won’t put anything in IRS pockets. The real issue is whether she keeps her U.S. citizenship, too. If so, she’ll be subject to U.S. tax on her worldwide income, including anything she reports with Prince Harry. And if she keeps more than $300,000 in assets abroad, she’ll have to file Form 8938 reporting them. That may not sit well with the Queen, who recently saw some Cayman Islands holdings owned by her Duchy of Lancaster estate revealed in the 2017 “Paradise papers” leak.

If Her Royal Highness chooses instead to give up her U.S. citizenship, she’ll have to fill out some paperwork, take an Oath of Renunciation, and pay a $2,350 expatriation fee (the highest in the world). It’s easy enough that 6,800 people did it in 2017, mostly to quit paying U.S. taxes. The IRS helpfully publishes a list ratting them out by name every quarter.

But there’s a catch, and it’s a big one. If the princess’s net worth is over $2 million (which it probably is), or her annual tax for the five years before she leaves was more than $162,000 (which it probably was), she’ll owe tax on any appreciated assets she owns, calculated as if she had sold them on the day she leaves. There’s a $680,000 exemption . . . but the whole thing still sounds like a royal headache!

Prince Harry may be off the market, but if you’re still hoping to marry royalty, don’t give up hope! Vanity Fair magazine just introduced the 12 most eligible royals in a post-Harry world. The list includes Harry’s cousin Princess Beatrice, Princess Sirivannavari Nariratana of Thailand, and Kgosi Leruo Motolegi of the Royal Bafokeng Nation in South Africa. Just remember to call us before you walk down the aisle. And remember, we’re here for the rest of your court, too!

← Have You Taxed a Ford Lately? Guaranteed Winners →