Who Won Most at Roland Garros? 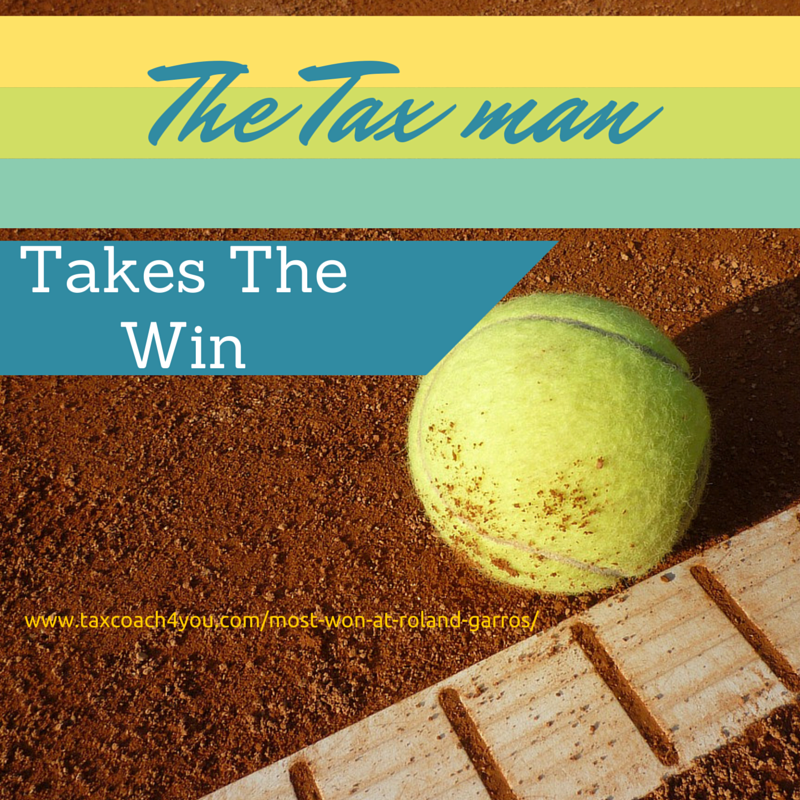 For two weeks every spring, the tennis world focuses its attention on Roland Garros, the Parisian center that hosts the French Open. This year, fans yawned as the dominant Serena Williams cruised to her 20th career major title in the 2015 French Open, defeating the 13th-ranked Czech Lucie Safarova. On the men’s side, fans saw an actual contest, as the Swiss Stan Wawrinka used his devastating backhand to take his second major in four sets, upsetting top-ranked Novak Djokovic and denying him a career Grand Slam.

Both winners claimed €1.8 million, or about $2 million, in prize money. But does that mean they actually take home that much? Certainly not. You may have heard about this thing called “taxes” that eat into our bounty. So let’s take a look at what happens to those purses to see who really comes out ahead.

Playing professional tennis isn’t like signing a contract with a baseball or football team and collecting a guaranteed salary. It’s more like running a small business whose “product” is winning tournaments. James Ward, currently ranked #101 in the world, put it well last year when he told International Business Times, “It’s difficult . . . . You’re paying your own expenses, your coach’s, you’re paying for your food, your hotel, your travel — for two people. And if you lose in the first round you’re getting $300, minus tax. It’s embarrassing. You’ve just got to win matches.”

James is exaggerating a little bit — first round losers at the French Open get €27,000 in addition to their walk of shame. And in Williams’s case, her coach is also her boyfriend, which brings down the cost of her entourage a bit. But still, if you want to get rich playing tennis, you’ve got to be very, very good. The real money, as with so many sports, is in the endorsements.

France takes the first slice at French Open winnings, and it’s a big one. France’s top tax rate is 45%, which is actually down, from 75% just two years ago. It’s high enough that international athletes grumble about it publicly. In fact, last year Serena told Rolling Stone magazine, “Seventy-five percent doesn’t seem legal. Nobody does anything because the government pays you to be broke. So why work?”

Then Williams comes home, and the IRS serves up a maximum rate of 39.6%, plus a Medicare tax of 3.8% on top of that. At least her home state of Florida doesn’t impose an income tax.

As for Wawrinka, who ranks fourth in the world after this week’s win, he wins the Tax Bracket Open. He pays a maximum federal income tax of just 11.5% on income over SFr700,000. (That’s Swiss francs, for those of you keeping score at home — 700,000 Swiss francs equals about $658,000.) His home canton of Vaud (similar to a state government in Switzerland) and his home town of St. Barthélemy lob more taxes at him. Total tax burdens in Switzerland can reach 40% depending on where you live. Even so, Wawrinka squeaks out ahead of Williams. (He may not “love” paying them, but at least he gets to pay a bit less.)

When it comes to tennis, how hard you hit the ball is important. But it also matters where you hit it, too. It works the same way with taxes. How much you make is key. But how you make it and even where you make it are important, too. Serena Williams and Stan Wawrinka both have tennis coaches to help them win more tournaments. And they have tax coaches to help keep as much of what they win as possible. So don’t risk double-faulting against the IRS. Call us for the plan you need!