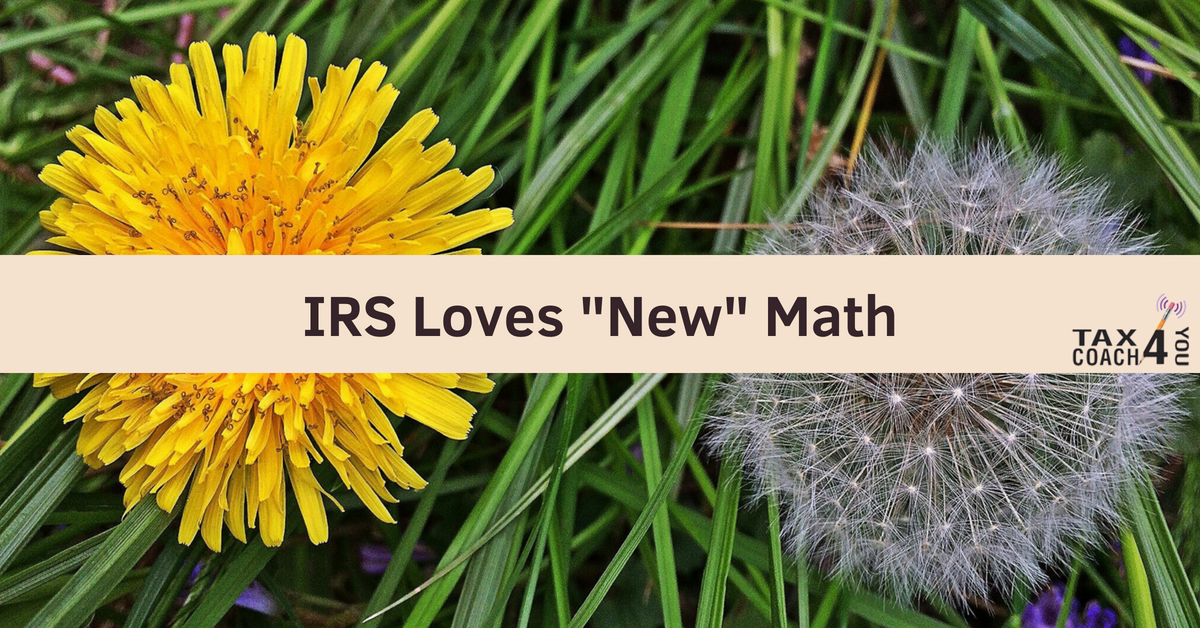 Parenting is full of all sorts of milestones. Some of them are precious, like your child’s first steps, their first words, and their first day of school. Some of them are less welcome, like a first broken bone, or a visit from the law. But there’s one milestone that takes some parents by surprise, and that’s the day they realize they can’t help their kid with math homework anymore. This is especially jarring when the kids come home insisting their teacher taught them 2+2=5. The “new” math can’t be that different from the “old” math? It’s still just math, right?

Last week, a California lawsuit involving Monsanto Corporation’s flagship product, Roundup weed killer, reveals how the new math of last year’s tax law changes the rules. A San Francisco-area school groundskeeper named Dewayne Johnson, who sprayed up to 150 gallons of the pesticide at a time, sued Monsanto, claiming it gave him cancer. The jury agreed and awarded him $289 million, including $39 million in compensatory damages and $250 million in punitive damages.

Unfortunately for Johnson, he’s not going to get to keep anywhere near that whole $289 million. He’s going to run into some new math and wonder if maybe 2+2 doesn’t somehow equal just one.

Here’s the first problem: legal fees. Lots of attorneys go to law school because there’s no math. But there’s one calculation any ambulance chaser can do in his sleep, and that’s take a third off the top. (The next time you meet one at a party, throw out an 11-digit prime number, and be amazed how fast you get back a response. Try it, it’s fun!) We’ll assume for this discussion that Johnson’s lawyers take 40% in fees and expenses, or $115.6 million. That leaves him with $23.4 million net compensatory damages and $150 million in punitives.

That leads to the second problem: taxes. Compensatory damages are tax-free, so Johnson keeps his full $23.4 million there. And under the “old math,” he could deduct the remaining $100 million in legal fees before paying tax on his $250 million in punitive damages. He’ll be in the top 37% tax rate, meaning $55.5 million goes Uncle Sam. As a California resident, another $18 million goes to Sacramento. That leaves $95 million. That’s a lot less than $289 million, of course. But it’s still a pretty nice result, although we’re guessing Johnson would rather get to “live” than “be rich.”

Now here’s where the “new math” upends those numbers. Last year’s Tax Cuts and Jobs Act eliminates the deduction for legal fees related to punitive damages. So now Johnson pays the same $100 million to his lawyers, but still pays tax on it. That launches his tax bill up to $122.5 million and leaves him with just $50.9 million — less than 18% of the original award!

Of course, the IRS is delighted. They get to collect tax on that $100 million in legal fees for the punitive damages twice: once from Johnson who wins them and again from the lawyers who earn them. What’s not to like from their perspective?

Now finally, here’s the good part, at least for you. You don’t have to know the first thing about new math to pay less tax. Our tax planning service gives you a pesticide that eliminates wasted taxes, with no unpleasant side effects. So call us when you’re ready to save, and we’ll see how “green” your garden grows!

← Love Stinks. Yeah, Yeah Can You Imagine the Smell? →