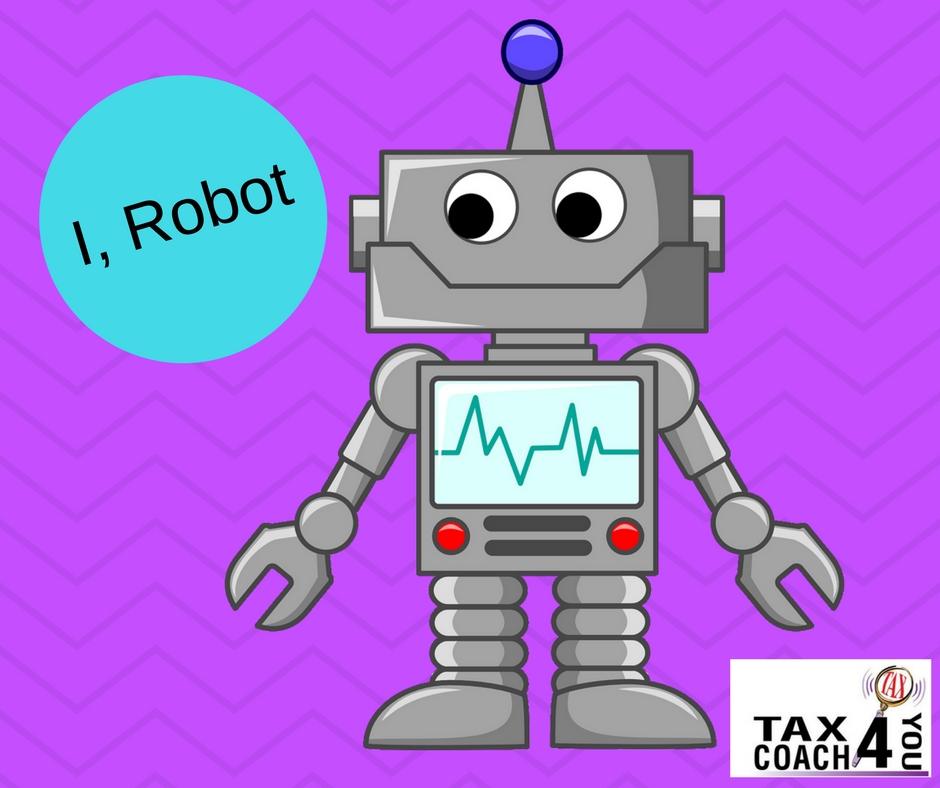 For decades now, governments across the world have struggled with where to impose taxes to raise the revenue they need to offer modern services. Should they simply raise rates? Should they broaden the base by eliminating loopholes and deductions? Should they sock it to smokers, drinkers, or other disfavored groups? How about entirely new levies designed to influence behaviors, like a carbon tax or soda tax? The smartest minds in politics and economics have grappled with these questions. Not only have they failed to make everyone happy, they’ve failed to make anyone happy. tax robots

At the same time, writers and filmmakers have worked to populate our imagination with a variety of more-or-less human robots. These have included the Laurel and Hardy-esque R2D2 and C3PO of Star Wars fame, the seductively human replicants of Blade Runner, and the self-aware killers ofWestworld. tax robots

Sooooo . . . how long did you think it would take for some mad genius to make a mashup of taxes and robots? Well, today is that day, and Microsoft founder Bill Gates is that genius. His proposal is exactly the sort of thing you’d expect from a guy who dropped out of college to lead the personal computer revolution. Forget trying to squeeze more taxes out of people — let’s just tax the robots! tax robots

“Right now, the human worker who does, say, $50,000 worth of work in a factory, that income is taxed and you get income tax, social security tax, all those things. If a robot comes in to do the same thing, you’d think that we’d tax the robot at a similar level.”

At first blush, taxing robots might sound like science fiction. But robots don’t mind paying taxes. They don’t feel pain at the thought that their hard-earned money is going to pay for government spending they might not support. They don’t sweat late nights wrestling with W2s, quarterly estimates, or tax forms. And, at least as far as we know, no robot has ever opened a secret bank account or shell corporation in some sunny Caribbean tax haven.

Of course, robots can’t really pay taxes. In practice, taxing Team Robot would mean taxing the businesses that own the robots and use them to replace human labor. It’s really just a shift from taxing labor to taxing capital. Taxes could likely be calculated on a per-head basis, or an amount based on the revenue the robot helps produce, and be paid to wherever the robot lives.

Taxing robots can also help make up for the money government loses by not being able to tax the workers the robots replace. Right now, there are 3.5 million truck drivers hurtling down America’s highways, along with 220,000 taxi drivers and 160,000 Uber drivers. The driverless car revolution is sure to replace some of those jobs. That will torpedo taxes and be a real windfall for businesses that no longer have to hire human workers. Taxing the robots can help restore the current balance.

If taxing robots works, there’s no limit to where we can turn next. Taxing smartphones? Taxing video games? Taxing the Muppets? It’s all fun and games until somebody tries to tax you. Good thing you’ve got us! We’re here to give you the plan you need to pay less . . . so you can focus on important things like the robot takeover!

← Secrets to Networking When You’re An Introvert The Rising Entrepreneur →