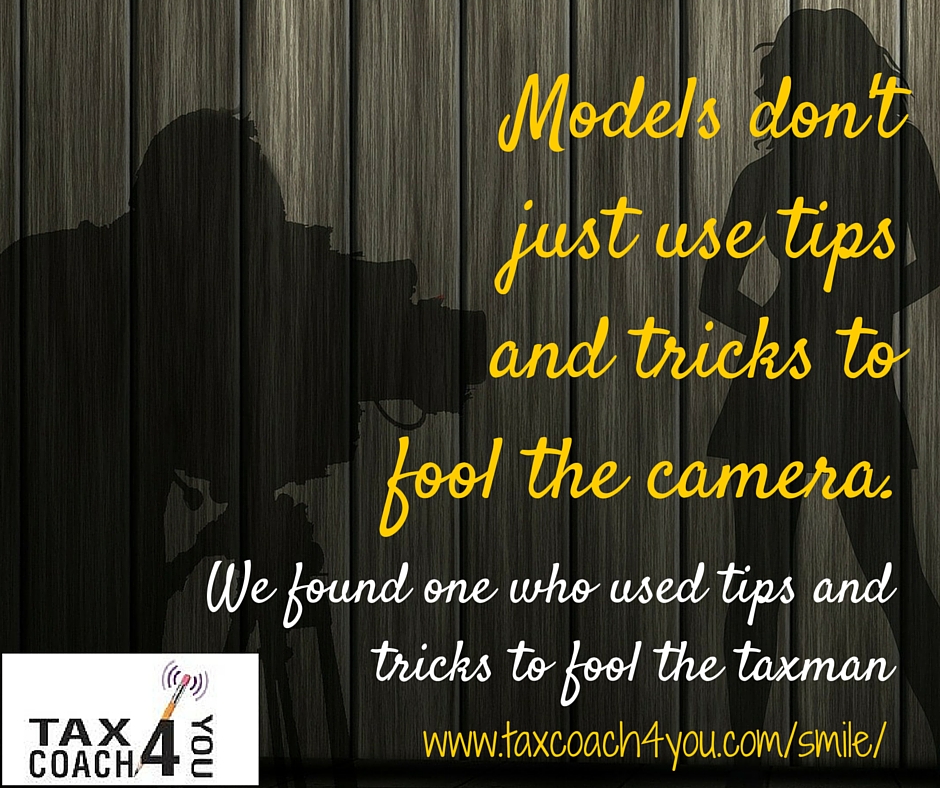 “Bar Rafaeli” sounds like a happening watering hole in a trendy part of Brooklyn — the kind of place where bearded hipsters rocking flannel shirts and man-buns tip back craft beers and artisanal cocktails with their tattooed girlfriends. But Bar Rafaeli is actually a 30-year-old Israeli supermodel. She’s appeared on dozens of magazine covers, including the Sports Illustrated swimsuit edition. She’s also hosted television programs, acted in television and films, and co-founded an online underwear retailer. And yes, she even made headlines for dating Leonardo DiCaprio — but clearly she’s more than just another pretty face.

Models use all sorts of tricks to fool the camera. Smearing vaseline on their teeth to keep them from sticking to their lips? Check. Stretching pantyhose over the lens to create a gauzy, soft-focus look? Check. But Rafaeli stands accused of creating some new tricks to fool the taxman instead — and her next photoshoot may be a mugshot. That’s because last week, the Israeli Tax Authority questioned her mother Tzipi and her on charges they they avoided millions of shekels in taxes. (A shekel is worth about 27 cents right now.)

Israel’s tax law provides that citizens who live outside the country don’t have to pay tax on the income they earn outside the country. (That’s not the case here in the U.S., where citizens are taxed on their worldwide income wherever it’s earned.) While that’s great for expatriates, it also gives the country’s top earners a pretty obvious incentive to leave the country — or at least look like they left the country — to avoid those taxes, which reach 50% on income over 811,560 shekels.

That said, then, the first allegation against Rafaeli is that she created the false appearance of living outside the country to avoid tax. Investigators accuse her of living in apartments in Israel rented under her mother’s name and brother’s name. (She claims the apartments were merely convenient alternatives to a hotel when she returns to her homeland — and since she doesn’t actually “live” there, why should they have been in her name?)

The Tax Authority also accuses Rafaeli of failing to report over a million shekels worth of benefits she received in exchange for promotional consideration. These include a Lexus and Range Rover from a rental car company in exchange for a secret agreement to be photographed in their cars. They also include use of an apartment at Tel Aviv’s chi-chi YOO Towers in exchange for “leaking” her residency there to promote it.

Finally, they claim she failed to report a million shekels she received in the form of “celebrity discounts,” like the 100,000 shekels worth of interior design work she got for 40,000 shekels (and even more publicity).

Naturally, the model denies the allegations. “There is no drama,” her attorney says. “In the end, this is just a civil dispute. No one cheated anyone else. It will all clear up soon.” In the meantime, Rafaeli and her mother have been ordered to turn over their passports. Neither can leave the country for the next 180 days without getting government permission and posting a 750,000 shekel bond.

It’s too bad the supermodel Rafaeli isn’t an American citizen! She would have thousands of pages of tax law, regulations, and court cases to help her pay less tax legitimately. We could have given her a plan to use them all to her advantage. But while it may be too late for her to avoid modeling the most stylish prison garb, it’s not too late for you to take steps to pay less. So call us and see how much you can save!

← End of the Year Tax Planning … YAY! Cast Your Ballot →