They Hate Him at the IRS, Too 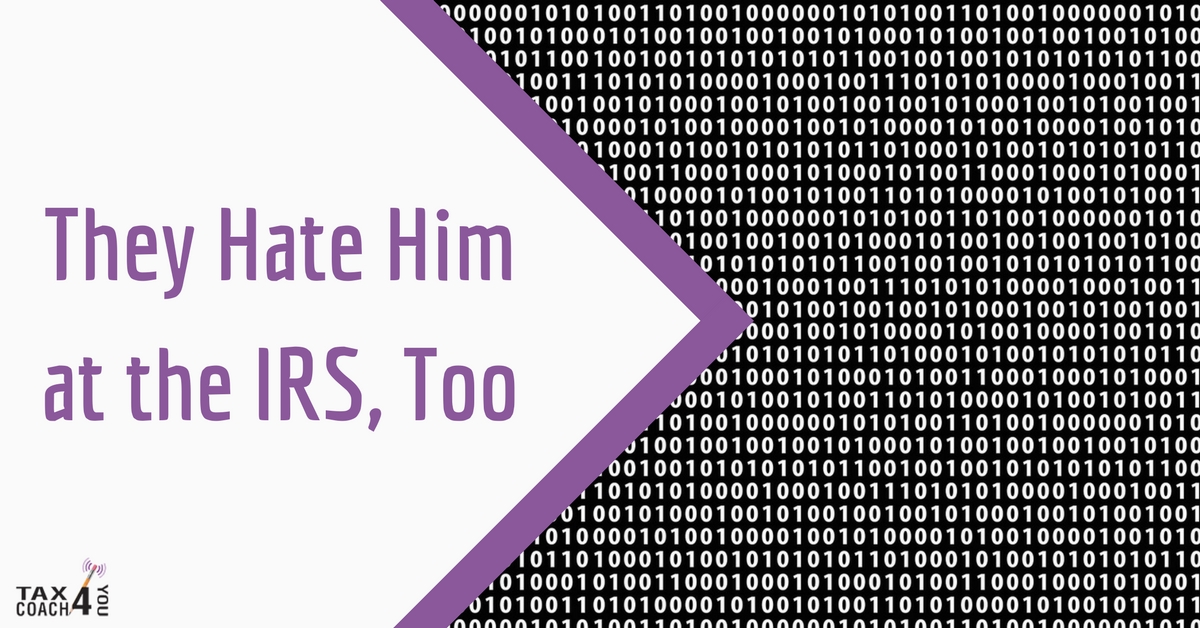 We live in an unfortunate era of disunity. Cultural divides, racial divides, religious divides, and political divides are threatening to tear America apart. Every so often, though, someone comes along to unite us all in a great primal scream of rage. Remember “Pharma bro” Martin Shkreli, who bought the company that manufactures the prescription Daraprim, then jacked the price from $13.50 to $750 per pill? We really do need more people like him to unite us against a common enemy.

Rick Smith probably never imagined his company would become one of those uniters. But up until last month, he was CEO of Equifax, the credit-reporting bureau that got hacked and waited six weeks to reveal it. By that time, intruders had made off with critically sensitive information on 143 million Americans. Was the hacker just some pimply Russian teenager living in his babushka’s basement? An international gang of cyber-thieves? We may never know. But that 143 million figure certainly includes thousands of our friends at the IRS, who may not look kindly on the millions of dollars Smith earned leading up to the leak.

Smith’s abrupt resignation means he’ll walk away with only a pro-rated portion of his $1.45 million salary for 2017. He’ll also lose his performance bonus, which could have been another $3 million. Of course, he would have paid the IRS 43.4% of those amounts anyway. But Smith can afford to shrug off losing the cash comp. That’s because, like with most top executives at publicly-traded companies, the real action is in the stock. In fact, Smith has taken home 633,427 shares of Equifax stock, worth roughly $60 million, just since the start of 2016. Here’s how it works:

No matter how Smith acquires his stock, he recognizes capital gain or loss when he sells. And he’s not shy about selling — since 2016, he’s unloaded 679,286 shares for a net gain of $68.9 million. That’s nice timing, considering the stock has dropped by more than a third since the hack was revealed. It’s cost Smith $13 million of his own fortune (sorry not sorry), and the rest of the company’s shareholders, billions more.

Usually when CEOs leave unexpectedly, they put out a lame excuse like “leaving to spend more time with family.” In Smith’s case, that might actually be true — his family is going to need a lot of help recovering their stolen identities following the breach! But hey, let’s be fair here — it’s not like everyone in America hates him. The class-action lawyers must be drooling at the thought of suing his company into the ground.

Smith’s story illustrates one of the most important lessons in tax planning. How you make your money is just as important as how much you make. So let us help you with a plan for making the most of your income — and hopefully you aren’t hacking into anyone else’s server to make it!