Your Business, Debt Free – How To Save Thousands of Dollars In Interest Payments and Keep That Money In Your Pocket

Going into debt for your service business often seems inescapable but it is possible to be debt free. I’ve worked with tons of clients in our Path To Increased Profitability program that we’re hundreds of thousands of dollars in debt, and most of the time they had no idea exactly how much they owed!

There is always another vehicle or tool or piece of equipment to purchase, and they all feel necessary and important at the time.

The saying goes “You have to spend money to make money.” right?

Well, in some ways that’s true. If your service business is growing, you probably need to spend some money to be able to service all those new customers…

But that doesn’t necessarily mean you have to go into debt for it.

I’m going to break down how Jim, one of my HVAC clients, realized he was throwing away $20k each year on just his credit card debt, and how he put a plan into place to become debt free in his business over the next couple of years. 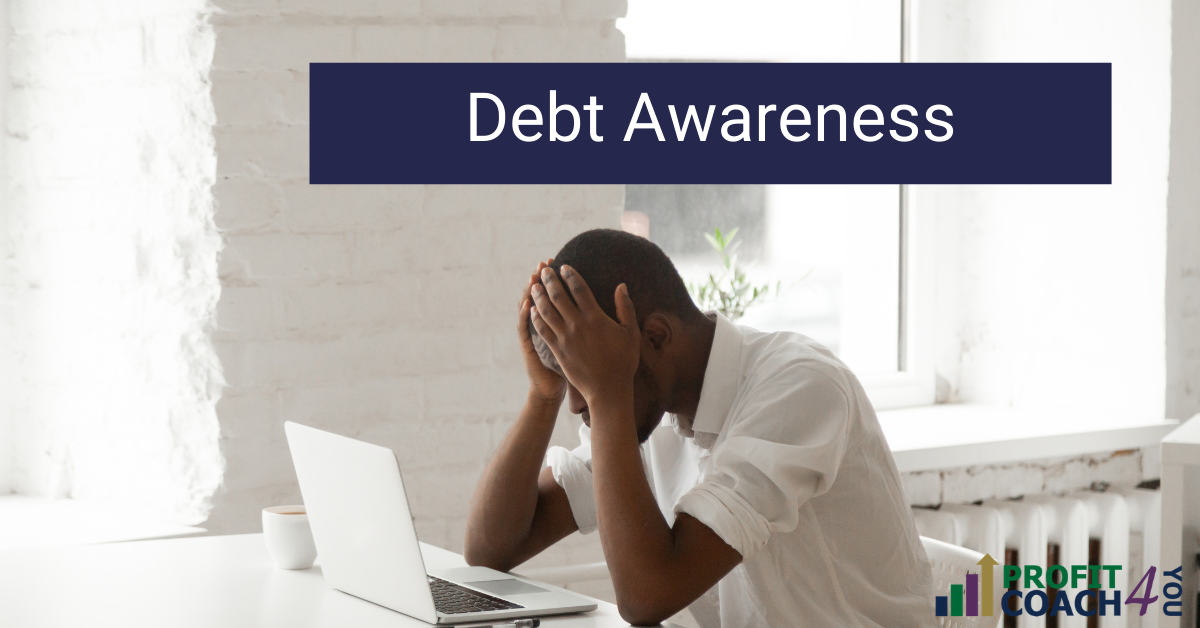 Jim had been in business for 8 years and recently he’d been experiencing a lot of growth, which is normally fantastic, but all that growth in his topline revenue didn’t seem to be trickling down to his bottom line.

Jim had been getting so busy that he wasn’t in touch with the important numbers in his business like he was in the early days, so the first step was for him to spend some time and find out exactly what the debt situation was.

He had to become aware of the debt his business was incurring. Every loan, line of credit, and lease.

Jim pulled up all the documents and started combing through them and writing down what he found.

When he was done, he realized he had 12 vehicle loans, a line of credit, and three credit cards with high balances. The accounts payable (A/P) balance was quite high, too.

Doing this exercise can be painful by the way. Jim wasn’t too happy to learn how much money was looming over his service business, but knowledge is power and you won’t be able to fix the issue if you don’t know about it.

Once Jim had his numbers, it was time to put a plan in place to improve the situation.

Jim was already on the Profit First accounting system so he had the perfect foundation to work from. As a result of the Debt Awareness exercise, Jim decided to open an additional account called Capital Expansion. He started off with transferring 2% into it with the intention of using the account to purchase future vehicles.

The goal with the account was to avoid going into debt for future purchases.

If you want to get out of debt, the first thing you need to do is stop spending money you don’t have.

Jim also decided that he was going to commit 50% of his quarterly profit distribution to pay down debt, the question was, which  debt to pay down first?

Since the credit cards had the highest interest rate, they were the natural first choice. He did the math and calculated that it would take about 12 months to pay off his old credit card debt, but in the process he would save his business $20,000 each year in interest.

This got Jim pumped to look for more opportunities to save and eliminate debt.

After doing the Labor Burden Calculator exercise, Jim found that he could take the $68,000 he calculated he could save from shoring up his labor costs and apply it to his debt to accelerate the process. He decided to create another account, the Debt Payoff Account, to protect this saved money and make sure it was allocated properly.

He also instructed his bookkeeper to make a transfer to the new account twice a month and apply 90% of the balance each quarter to one of the vehicle loads until it was paid off.

A couple of months later during one of our coaching calls, Jim told me he had made substantial progress on his credit card debt and vehicle payments, but even better than that, he was feeling much less stressed about his business’s finances.

If you want to learn how to put a plan like this in place for your service business, your free consultation call is just one step away. Click below to book your call with us and find out how we can put your business back on the path to profitability.

← Myth Busting Profit First: Do You Really Need An Authorized Expert? How To Hire The Best Candidate and Build A Team That Wins →