Have a Coke and a Tax Strategy 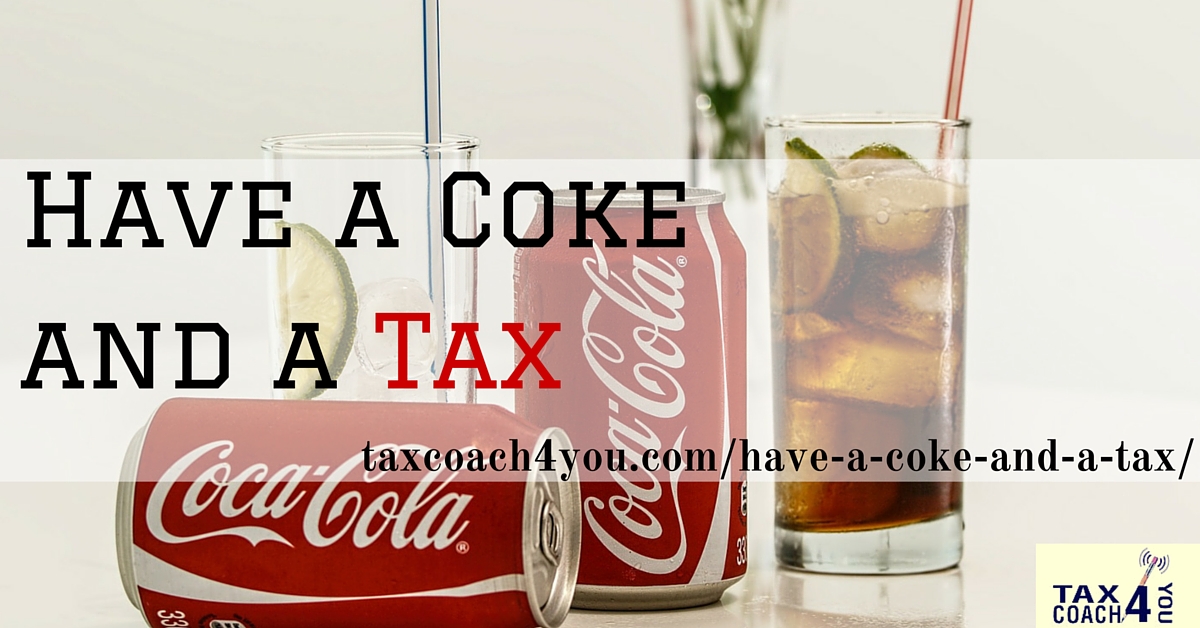 When most of us hear the word “tax,” we immediately think “IRS.” It’s natural to associate those three-letter words with each other (even if “IRS” is an acronym and not a word). But our friends at the IRS are hardly the only tax collectors with their hands out for your money and to change your tax strategy. State and local governments need (love) money too, and they don’t have as many options for raising it as Uncle Sam. So every now and then, someone makes headlines with a plan to tax something new. tax strategy

Philadelphia’s incoming mayor Jim Kenney is the latest local official to propose quenching his city’s fiscal thirst with a new tax. His inaugural budget would impose a three cents per ounce tax on soda, juices, iced tea, and other sugary drinks. The mayor claims the measure would raise $400 million over the next five years. The issue has even bubbled up into the presidential race — Hillary Clinton supports the tax, while her challenger Bernie Sanders condemns it as disproportionately harmful to the city’s poor. tax strategy

This isn’t the first time governments have tried carbonating their revenue by taxing soda — since 2008, 40 similar taxes have been rejected around the country, including twice previously in Philadelphia. Only one place, famously progressive Berkeley, California, has succeeded. New York Mayor Michael Bloomberg actually banned drinks larger than 16 ounces before a state court doused the rule. (Grateful Gothamites fondly remember it as “Bloomberg’s $#*@ing Big Gulp ban.”) tax strategy

Now Philadelphia’s Kenney is hoping the third time will hit the sweet spot. But this time, he’s coming at it from a different direction. He’s not positioning it as a public health measure or using it to fight obesity or diabetes. He’s just looking to reinvest some of the soda companies’ profits into the communities where the biggest customers live. The $400 million would go towards funding universal pre-kindergarten, creating community schools, and renovating parks, community centers, and libraries. tax strategy

School funding advocates and public health officials are all for it. New York’s Bloomberg has joined the fray in support. But naturally, Kenney’s proposal has drawn opponents. You’ll be shocked to learn that the American Beverage Association has spent $2.6 million to oppose it. (They poured $9 million down the drain fighting the Berkeley referendum.) Local Teamsters oppose it, too, arguing that flat soda sales will cost jobs. And plenty of city residents feel squeezed enough already — for example, there’s already a $2 per pack tax on cigarettes that helps fund local schools. tax strategy

Political infighting is fierce, and council members are looking at a whole menu of alternatives. One council member proposed a 15 cent tax on beverage containers, designed to hit the people who drink mineral water and fancy kombucha teas just as hard as the people who guzzle Mountain Dew. She also introduced a “healthy beverages tax credit” to encourage stores to stock drinks worth drinking. Others are considering taxing (gasp!) diet sodas. But time is running out — council has to pop the top on a final budget by the end of June. tax strategy

We realize that a three-cent tax on an ounce of soda won’t get in the way of your financial goals. But if you’re one of the millions who look somewhere besides coffee for your daily caffeine fix, it would be a constant reminder of the government’s power to tax. We never forget how destructive that power can be, and that’s why we work so hard to give you a tax strategy plan to pay the least amount possible — and avoid the unpleasant surprise of a “shook-up” can! tax strategy